HBO Max The Flight Attendant is loosely based off of the Chris Bohjalian’s popular book with the same name. The series is a little different from the book ending, compare the differences and the show ending explained.

The finale of HBOMax’s The Flight Attendant dropped today, revealing some real bomb shells, including who murdered Alex Sokolov. If you haven’t watched the series yet, I suggest you do. It is super fun and viewers are left with the mystery of who the killer is and what exactly is going on! Today we were given some answers, so lets go over the ending explained and compare how it’s different from the book.

We find out Buckley, who Cassie hooked up with a few times, is really named Felix and is an assassin working for the crime boss Victor. Buckley (Felix) is the one who killed Alex in Bangkok while looking for his bank account information, which were written in a book. And as we know, Cassie took the book without knowing what was written inside.

Miranda devises a plan to take down Felix while in Rome. Miranda is delayed due to a confrontation with Victor, who she kills, but in turn she ends up missing the flight. Cassie arrives in Rome and goes to see her Italian boyfriend Enrico, who helps her get a gun.  In the meantime, Miranda arrives in Rome and is found by Felix.

Cassie returns to her hotel room with Enrico, who soon leaves to get her coffee. While he is gone, Cassie discovers Miranda in her bathtub dead along with Felix waiting to attack. When Enrico returns in the middle of a scuffle between Cassie and Felix, Felix shoots Enrico. Cassie shoots Felix in the leg with the gun she acquired in Rome. Shane, who we thought was a flight attendan, shows up and shoots Felix to stop the attack. Both Enrico and Felix live. But the big shock is, we then learn that Shane is actually an undercover CIA agent.

Shane had been undercover watching Megan, who secretly providing intel from her husband’s computer to the North Korean government. Megan is on the run.  We last see her calling her family to say goodbye and to tell them where to find money and the secret flash drives. 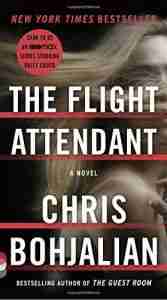 How Is The Flight Attendant Book Ending Different?

One big difference from the book and series is Alex’s killer. We know from the series that is was Felix/Buckley who kills Alex but in the book the killer is actually Miranda/Elena who kills Alex. Miranda is a Russian spy, and she actually left Cassie alive after killing Alex because she didn’t believe she was a threat.

The Russian government is unhappy with Miranda’s decision to leave Cassie alive, so they hire Buckley to kill them both. In the book, Buckley does follow Cassie to Rome and attacked Enrico who ends up surviving. Buckley also kills Miranda in the book but instead of being taken into custody, Buckley fakes his own death and escapes.

In the book, Cassie ends up becoming pregnant with Alex’s child from their one night fling. She ends up having a daughter who inspires Cassie to get sober and get her life together.

The Flight Attendant leaves it very open for a season 2. The fact that Cassie did not end up pregnant may be due to it limiting her for a season 2. We leave off with Shane telling Cassie that the CIA is interested in her working for them. Season 2 can possibly explore this further.

Secondly, while Cassie believed Miranda was dead in her bathtub, no body was discovered when the authorities went back to her hotel. Could this be because Miranda will maybe team up with Cassie again in the future? And lastly, Megan is still on the run. We could get more into her story in season 2 as well! There are so many possiblities and let’s cross our fingers a season 2 gets picked up because this series was just too good! 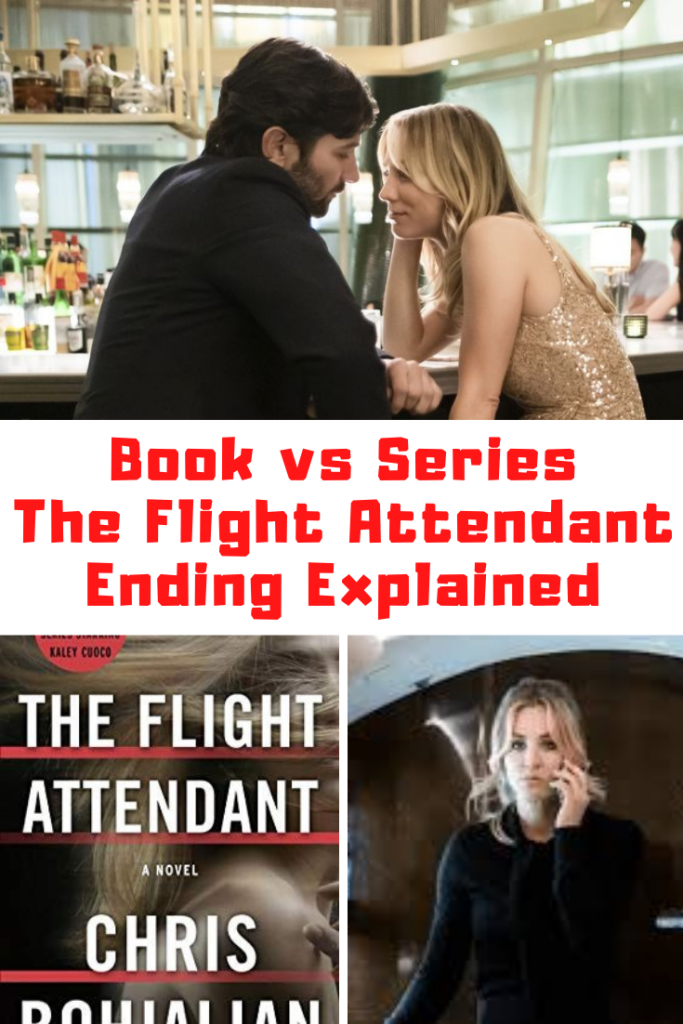