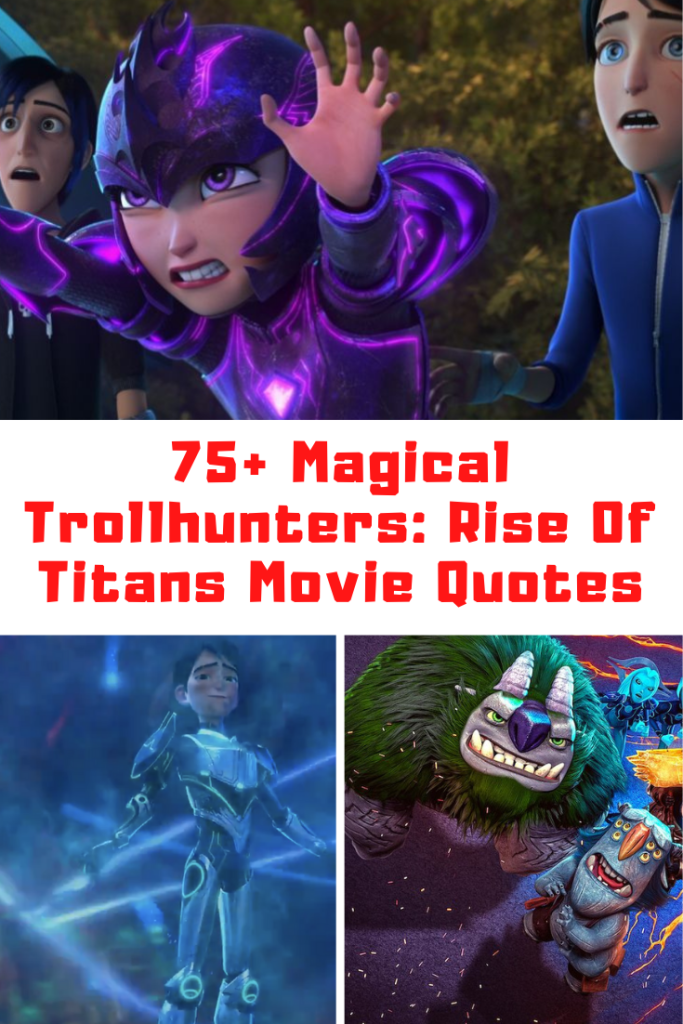 Netflix’s new film Trollhunters: Rise Of The Titans is dropping on the streaming service Wednesday July 21st. I will have a review of the movie coming soon, so make sure to stop back by to check it out, it will be linked down below. In the meantime, I wanted to share a list of some of the best quotes from the film. I love me a good line and this movie had some magical ones! Check out this list of 75+ best and most magical Trollhunters: Rise Of The Titans quotes.

Trollshunters: Rise Of The Titans Quotes

Allow me to tell you the story of stories, the final adventure, the tale of it all.

For the first time since it’s creation, Merlin’s amulet called to a human.

The TrollHunter could not save himself.

The world has never been in greater danger or needed the Trollhunter more.

Without the amulet, am I still the Trollhunter?

Nari, you’ve been a naughty girl.

Stink-Man reads you. And recells asking for a less offensive codename.

Time for the once-mighty Trollhunter to die.

Without your amulet, you are nothing but a frightened little boy.

Let go or the humans perish. And so do your friends.

There are trolls and wizards and aliens, and the aliens have robots.

Nature is mother to us all.

You gave us quite a scare there, Young Atlas.

I’m not the Trollhunter anymore. I’m just some kid who convinced himself he was a hero, when all he was just lucky enough to find a magic amulet.

In such moments, it’s important to recognize one’s limitations. 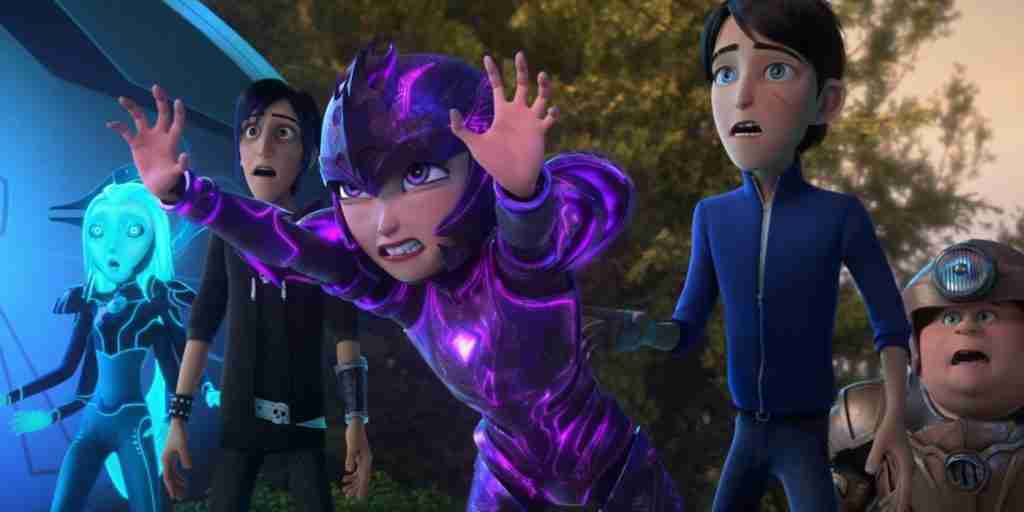 Perhaps you should consider staying behind the lines. So you don’t risk yourself or your compatriots.

I would be honored Jim, if you stood by my side as my best man.

I was your student, your enemy, your friend and now best man. The honor would be all mine.

If my math is right, this was our 7th kiss.

You have room for one more around that big table?

When they combine in the center of the universe, Earth will be reborn back to the age of first creation.

Don’t tell me they are going to destroy the Earth.

Our home town is the center of the world?

Humans disrespected that balance. Abused it.

For the good of all….

We don’t have time to be guessing.

Three will rise. Three will fall. Unite and be one. The worlds are reborn.

For the good of all, daylight is mine to command.

The amulet failed. I failed.

We’re facing the end of the world. We can’t argue with each other. And we can’t play it safe.

We make mistakes but the amulet doesn’t.

Go save the world my little Ninja, butt-kicking angel.

There was never one as brave or as loyal as you. I pity anyone on the receiving end of your fury.

My mother is finally happy but the worlds about to end and I can’t do anything to stop it.

The Krohnisfere holds the power of time infinite and tells of the past and future.

Only death will come for those looking for it.

Their lair is resistent to shadow magic, so we have to do this the old fashion way.

To ask you not to be a hero is like asking the sun not to rise.

I always wanted a kingdom of my own.

I have to believe you are still in there, Nari.

You didn’t notice? You’ve got 6 eyes!

I really thought that was going to work.

The configuration is us.

Destiny is a gift.

Our loved ones gave their lives but we are here in this very moment of quiet desperation.

I love the hero speech thing.

Never forget that fear is a precursor to valor. 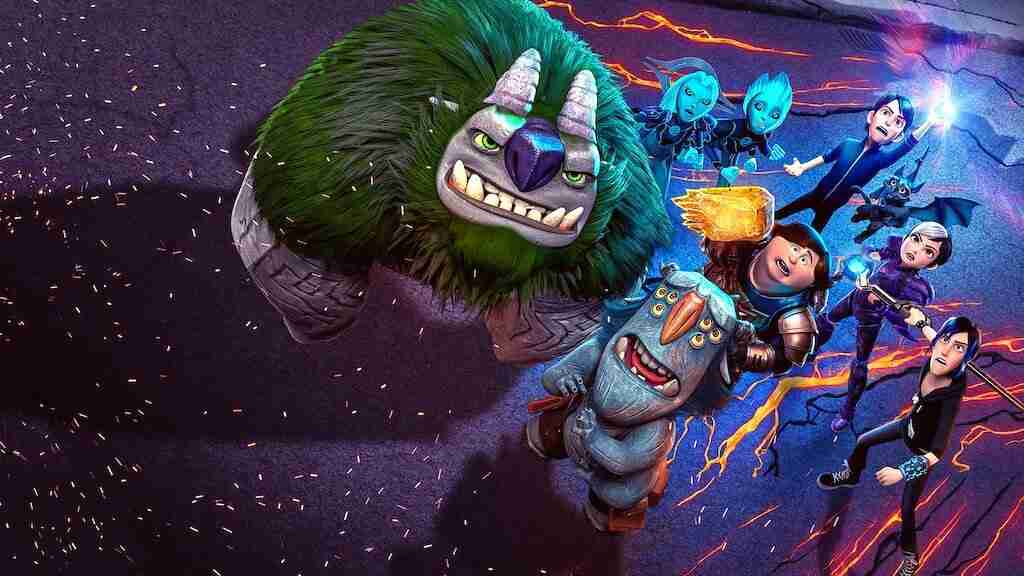 I think he may have laid that magic on a little too thick.

I take it back. Childbirth is not so beautiful.

So weak. So disappointing. You are unworthy to face a god, child.

The amulet didn’t make me a hero, I already was.

Daylight is mine to command.

Did we save the world?

For the good of all.

No matter what happens, if its meant to be it will be.

Shouldering burdens is what heroes do.

I could not be prouder of you if you were my own son.

Our story will continue.

Whatever happens don’t give up on me.

If we are meant to be, I will always be here. And here.

Whatever happens next, I’ll make sure this isn’t goodbye. I promise.