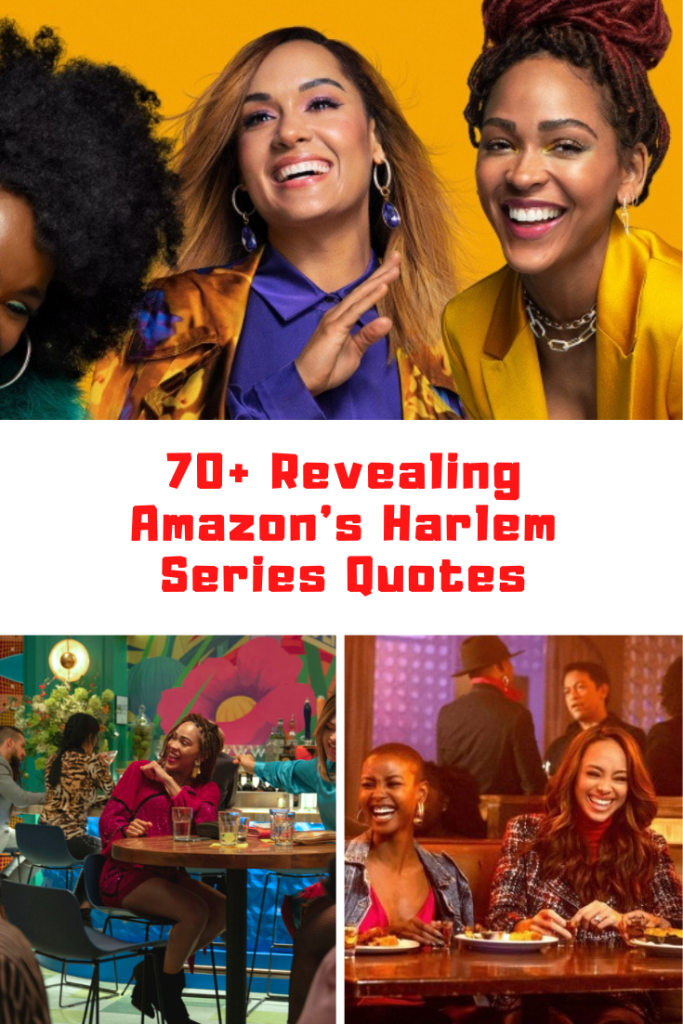 Amazon Prime Video‘s new series, Harlem, is now available on the streaming service. I will have a review of the series coming soon, so make sure to stop back by to check it out. It will be linked down below. In the meantime, I wanted to share a list of some of the best quotes from the show. Check out these 70+ of the best and most revealing Amazon Prime Video Harlem quotes.

If you enjoyed these Amazon Prime Video Harlem quotes, check out these other articles: Being The Ricardos quotes, Back To The Outback quotes, Nightmare Alley quotes, Disney Plus Diary of a Wimpy Kid quotes, Jurassic World Camp Cretaceous season 4 quotes, West Side Story movie quotes.

A good d*ck is a terrible thing to waste.

If Gayle ever got her own money, do you think Oprah would still be her bestie?

It should be a rule. Exes can not walk on each other’s blocks.

I don’t want crack, sir. I just want to get on the next train.

I just dislocated my jaw, you gonna leave me like that?

As long as I have money, you have a place to live.

Even with a freakishly long taint, you’re still d*ck adjacent.

I sling sick d*ck energy and I don’t even have one.

A queer woman of color, in tech, is gonna be in Forbes.

It’s when a man’s stroke is so enchanting that the ghost of his penis sort of haunts your vagina like an old house.

Your father and I cannot be your only paying customers.

Did this b*tch eat my beef and broccoli and bounce?

I shouldn’t have let the distance keep us from being together.

It’s nice to put a face to the reputation.

If I were to say I were only interested in having sex with people of color, but uninterested in anything romantic, one might call that a fetishization.

A true artist will never compromise her soul.

I met a guy who gets me, like really gets me.

It’s called social media for a reason, because it’s a great place for people to come and talk.But let’s be clear: that’s all it is.

To study culture is to be in it. 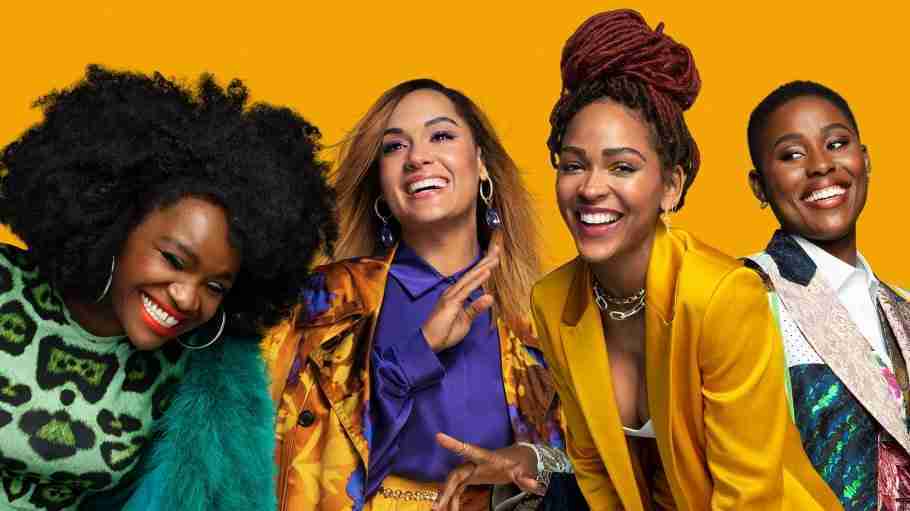 An artist also needs to eat.

Sometimes, with deceptions in the name of love, we can lose ourselves, forget who we actually are.

I stand here today, not to say GentriWhy but GentriWho. Not us. Not anymore.

The old must end in order to begin anew.

I have finally realized that Mr. Right is a lie. So Camille and I are looking for Mr. Right Now.

A new low or lowkey brilliant that I am hustling that white lady out of some coins? It is reparations.

Hush child. You talk too much like your d*mn mutha.

And when the solstice celebrations end, and the longest night rolls into day, sometimes the fresh start you thought you were getting turns out to be something very different.

Do you not get how stalkery this is?

Is this how black Republicans happen? Am I gonna have to apologize to Stacy Dash?

Are you really gonna cut him off just because of a little d*ck-ception?

Who is this handsome slab of a man you brought to my house?

At the end of the day, love is love.

I don’t want to be a successful black person dating a white woman.

Winter is here, and with its arrival comes colder temps, oversized sweaters, seasonal lattes, and most importantly, cuffing season – the term we’ve coined for that time of year when humans all over the world find themselves desiring to be cuffed or tied down to someone else.

What evil straight, white man do we have to thank who decided that women needed to steam their vaginas?

I was gonna say your boobs are really great. Top shelf t*tties.

You’re the first person I met in a long time that I can actually breathe around.

Don’t get comfortable. You can’t just stick it in.

No one knows who exactly coined the term “strong Black woman” or even exactly when the term originated. What we do know is the trope is uniquely American and has been germane from slavery to the present day.

In comparison to white feminity, which is valued for beauty, vulnerability, and maternal softness. Black women have been valued for their labor, both literally and figuratively.

A strong black woman suppresses her emotions, never letting anyone see her sweat. She is is ambitious, but still makes time to be supportive, even carrying her mate, her friends, and her family when necessary.

Being labeled a strong black woman is a rite of passage. She is resilent, independent, and capable. But what if she isn’t?

I’m so over this ghetto production.

But remember, pressure is what turns coal into diamonds. And you, my dear, are a diamond.

Oh keto, where have you been all of my life? 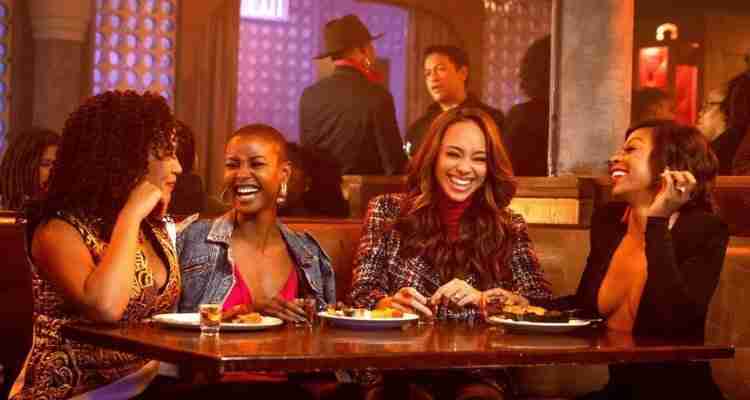 I hate that white fragility sh*t. They just always try to be oppressed.

F*ck you, kate. F*ck your microaggressions. F*ck your white tears that you use as a weapon to distract from your racism.

While the strong black woman insignia charades as a compliment, it really pardons the rest of the world of their responsiblity to view the black woman as vulnerable, able to experience pain, capable of weakness, worthy of support, and unconditionally lovable.

Until the black woman is allowed to reject this demand for strength, she’ll never truly experience her own humanity.

Just because I’m masc, doesn’t mean I’m not a woman.

300,000 years ago, when humans first walked this planet, life was so much simpler. You hunt, eat, build a fire, build a home, find a person, have a family.

In today’s Harlem, we make 35,000 conscious decisions every day – some insignificant, some long-lasting, but every now and then there’s that one decision on that one day that changes everything.

Thank you for being everything she wasn’t.

I have to let go of an old life before I can jump into a new one.

You want to win,? You play the game.

Black art deserves to be critisized just like any other art form. That’s how we get better.

There are two ways to be unburdened by the weight of a secret. You can make the choice to disclose it or you can wait until it exposes itself. Either way, the truth will set you free, right?

Across all cultures, the trope of the beautiful white princess living happily ever after has been taught to girls to entertain them as children, while ultimately disappointing them as adults.

If the end of the fairy tale is the man claiming the woman, well, then it stands to reason how underwhelming and confusing modern dating and relationships are.

Women are taught to just wait for the man to find you, and then this beginning is actually your happy ending.

But now, princesses even don’t want to be princesses, so instead they pull long hours at work in the hope of landing their dream jobs. Then one day, those little girls grow up and realize the fairy-tale life they dreamt of isn’t actually guaranteed.

We are so much more than who we love.

The thing that all classic fairy-tales have in common is the infamous “all is lost” moment. The princess is powerless, her fate entirely in the man’s hands. Will he come rescue her? Or maybe she’ll rescue herself.

I love you in a way that just doesn’t go away.