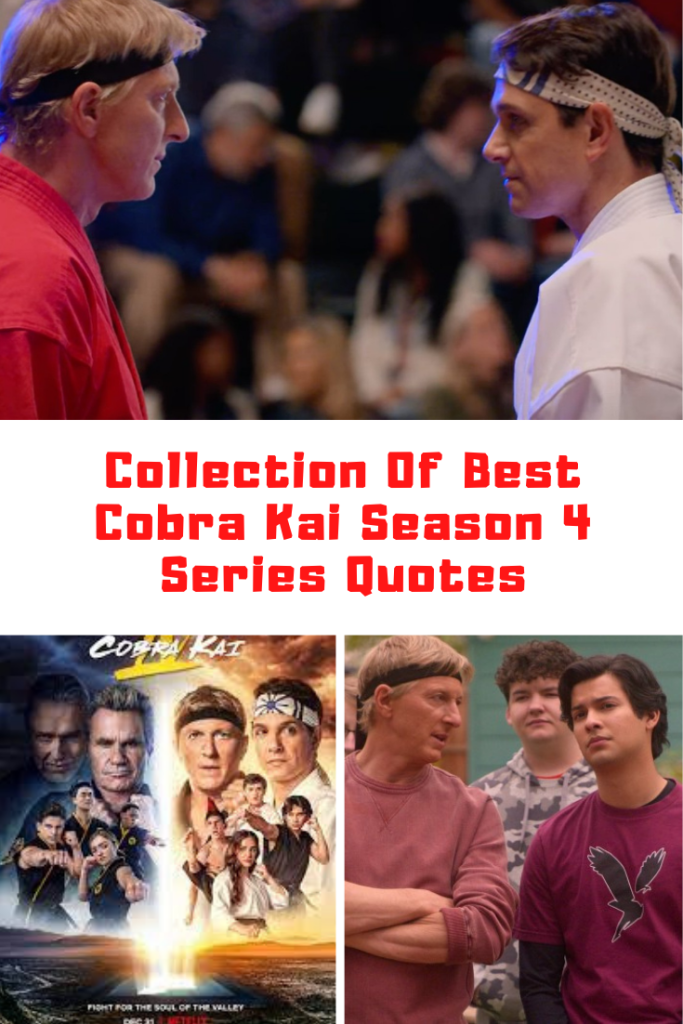 Netflix’s Cobra Kai Season 4 drops on the streaming service this Friday, December 31st. Check out the series review down below. It was a heck of a season! In the meantime, I also jotted down some of the best quotes from the new season. Check out this list of 90+ of the best and most shocking Cobra Kai season 4 quotes.

Begin a new era. Many of us used to be enemies. But revalries don’t need to last forever.

Why do you have a rock in the middle of your dojo?

It’s not about the trophy, it’s about making you a champion.

I got the recipe off the Chili’s website. I wanted it to be authentic.

You’re right to skip practice. If you are going to stay on defense, this isn’t the right dojo for you.

Karate is not a phase, it’s a way of life. You can leave it for awhile, but it never leaves you.

Together, we made a difference.

Eventually, we all need to look at ourselves in the mirror and realize who we really are.

To beat the enemy, it helps to know the enemy’s playbook.

Not here to cause a scene, just here to deliver a message. But I need to know you got that message.

I saw the chef dip his balls in the miso.

Defense is boring. Offense will always be more bada**.

The guy teaches you centuries of his ancient family karate, and you can’t help him with his English?

Are we done or do I have to sit here and freeze my nuts off to find inner peace?

Remember, not all kids are as lucky as yours.

Here at Eagle Fang, we do not follow. We attack.We lead. We grow into what we were meant to be.

All your life, the world’s been trying to make you less of a man. Light beer? Veggie burgers? Automatic transmissions? Might as well let another dude bang your chick.

The humans response to danger is fight or flight, but an eagle’s response is fight and flight.

Manliness is next to Godliness. 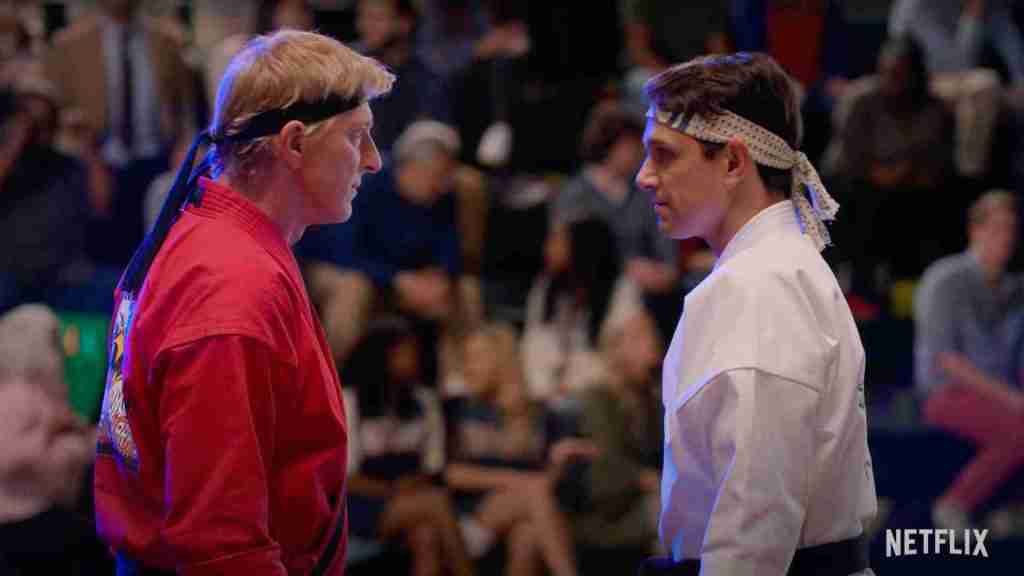 Stick your fangs into those balls.

Ever since I started this new school, my life has been miserable. They chased me, beat me up. It’s not going to stop.

One of them even knows karate.

Make sure all that defense doesn’t turn you into a cream puff.

When an eagle’s hungry, it doesn’t hesitate.

If you want to beat Cobra Kai in the All Valley, you gotta break yourself of this wait-and-see crap.

We’re not leaving until someone jumps.

To be Cobra Kai, you have to have a killer instinct.

The All Valley is just a few months away. We don’t have time for losers or cowards.

All I’m trying to do is help you doormats win the All Valley.

There is no one in the world I trust more than you.

Instead of using your speed to run away from your enemies, use it to run at them.

My path wasn’t a straight line. And yours is still being written.

You can bore Cobra Kai into submission.

I’m a top-down, wind blowing in the hair kind of guy. I’m not afraid to take the leap with you.

Suck it up. Tighten that core.

I’ll do whatever it takes to win.

If you want to be a champion, you need to dig out that fear and face it, whatever it is. Because if you don’t, it’s gonna hold you back forever.

That’s the difference between you and me. You put all of your trust into Kreeese, whereas I don’t trust anyone. I am using Cobra Kai to get what I want.

I’m not gonna have that fear again because I’m better than you.

You just poked the bear. What do you think is gonna happen? You think they are just gonna leave well enough alone?

I assure you, I’m not that man anymore.

The game has changed and we have to change with it.

Sensei got drunk and went on a Twitter rant.

It’s not a different style. It’s the wrong style.

How about instead of karate, we put on a baking class?

It’s time to put the past behind us. 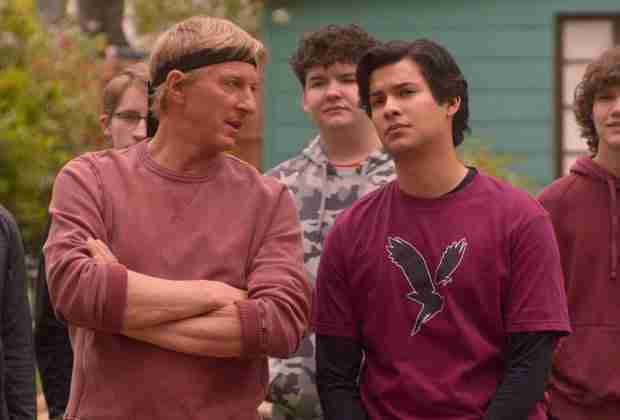 We need killers, not more nerds.

You had your opportunity with Robby, now he’s with us.

You’re not a sensei, you’re a conman.

That was a big waste of time, I even learned feminism.

Look who decided to come back.

Your opponent’s weaknesses must be exploited whenever possible.

I would’ve chosen someone with better food in their refrigerator.

The only pronouns we accept in this dojo are sensei and student.

No trick is too dirty, no blow is too low for them.

I forgot you were so sensitive about that. LaPusso.

One of those most bada** kicks in all of karate is the flying tornado.

Nice place you got here, but it can definitely use a woman’s touch.

To the victor goes the spoils.

There’s a lot of landmines out there, and if you don’t watch where you step, it’s all gonna blow up.

You mess with a Cobra, you get the fangs.

I’m gonna kick both your a**es back to the nursing home.

Why do you think you love your daughter more than your son?

Unlike him, I actually heed your lessons, Captain.

You better strap yourself in for one hell of a ride because I am done playing games with you.

I care more about you than anyone.

It’s time to show the world what you’re made of.

You’ve been fighting all your life. Now it’s time for that struggle to pay off.

I had a moment of sympathy.

I am Cobra Kai.