Brendan Fraser’s performance in The Whale is phenomenal. A transcendent accomplishment in an emotionally gut-wrenching film. Check out the details in my parents guide movie review. 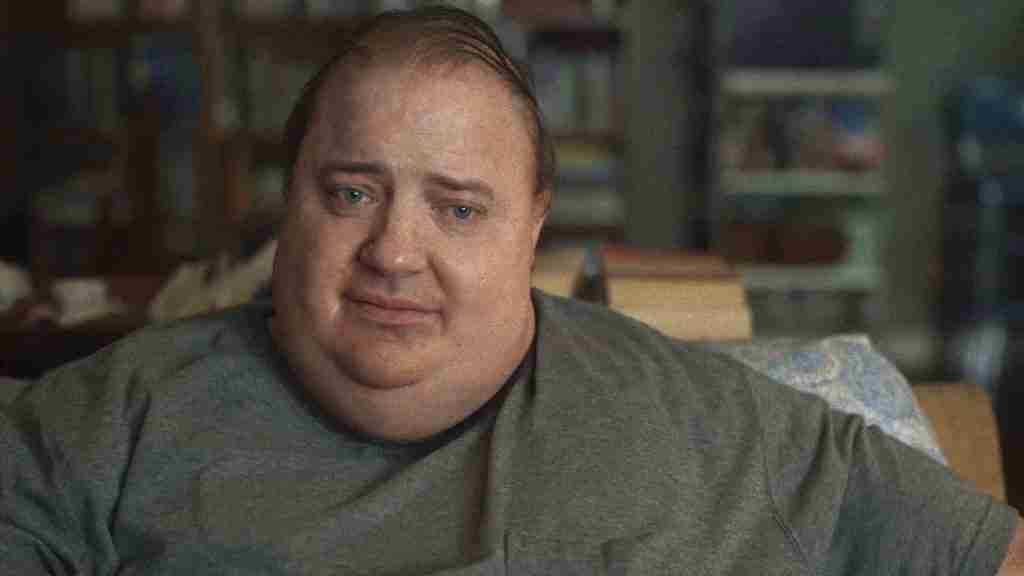 The Whale is dropping in select theaters this Friday, December 9th, and across the nation on December 21st. The film is based on the stage play by Samuel D. Hunter, who also adapted his work in writing the screenplay, and is directed by Darren Aronofsky, best known for directing the hits Black Swan and Requiem for a Dream. The title of the film, The Whale, refers as much to the lead character’s massive size as it does to his strange fascination with an essay on Herman Melville’s Moby-Dick. The film is difficult to watch, yet audiences will be unable to look away. Check out the details in my parents guide movie review.

In The Whale: An obese and reclusive English teacher tries to reconnect with his estranged teenage daughter for one last chance at redemption. 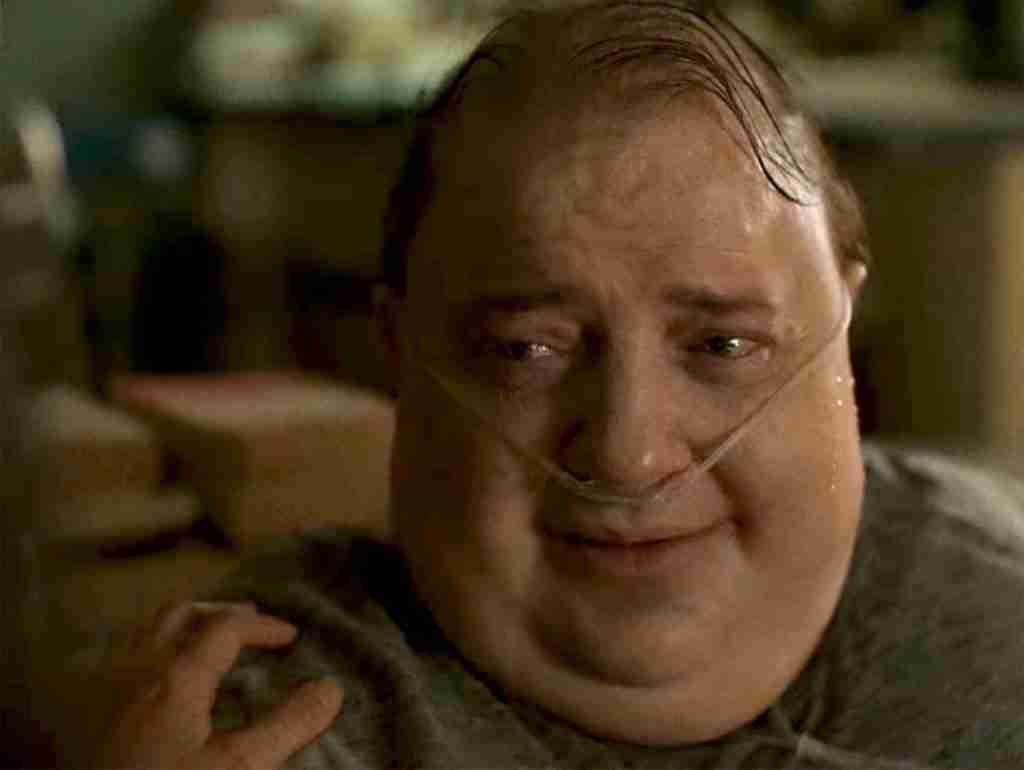 Let’s take a look at what parents need to know before letting their kids watch The Whale.

The best part of the new film The Whale is Brendan Fraser’s performance as Charlie, a college professor who is dying of heart failure but refuses to seek medical treatment for his condition. Fraser masterfully taps into the emotional and physical pain one endures as an extremely overweight individual, as audiences watch him struggle to stand from his chair, feeling shame about his size and not wanting to show his face over Zoom or answer the door for delivery men. This film is challenging to watch and will stick with audiences long after it is over. Being an obese person takes a mental toll on the individual, and we see this in Charlie, as he regularly refers to himself as disgusting and cannot imagine anyone else viewing his appearance in a positive light. His self-hatred is heartbreaking, and the fact that he refuses to seek help and instead eats himself to death hints at the underlying trauma that has led to his enormous size.

As The Whale progresses, more of his story and past slowly unfold, and audiences are let in on the cause of his pain but also the guilt he holds for abandoning his wife and daughter. Samantha Morton (The Serpent Queen) plays Charlie’s ex-wife Mary, alongside Sadie Sink, who plays his daughter Ellie. The two give solid performances, particularly Sink, who dominates onscreen, at first being a crass and angry teenager who peels back the many layers to her character as the story progresses, revealing not only the vulnerability and torment she blames her father for but also the unconditional love a daughter feels for her parent. She sees through the layers of fat, even commenting when asked that she finds him “disgusting,” but not because of his appearance but because he abandoned her and her mother. Perhaps Charlie feels the same disgust and has created his outside appearance to match how he is feeling on the inside. Hong Chau plays Charlie’s friend Liz, who, as an R.N., is tasked with providing him some level of care, at least as much as Charlie allows. Their relationship is also tumultuous, as she navigates the difficulty of trying to help him while also attempting to get him to help himself, all while watching him slowly die. It goes against her better judgment and training to do so, but she also realizes she is practically the only one he’ll let help. Rounding out the cast is Ty Simpkins as a young missionary named Thomas, who happens upon Charlie out of necessity and is determined to help guide him towards accepting Christ before it is too late.

Running nearly two hours long, The Whale doesn’t waste a minute, drawing you in immediately and keeping you captivated for better or worse for its entirety. Brendan Fraser is swinging for the fences in this performance, yet does so with ease. This powerful rendition is sure to be nominated and likely shortlisted for an Academy Award, but it will certainly open up many doors for other parts in the near future regardless of whether he wins or not. I wouldn’t recommend taking children to see this, as they probably wouldn’t have the bandwidth for such a film, but I highly recommend it to everyone else. Some parts are a struggle to watch; others are laborious, but its many themes and powerful performances shine bright. 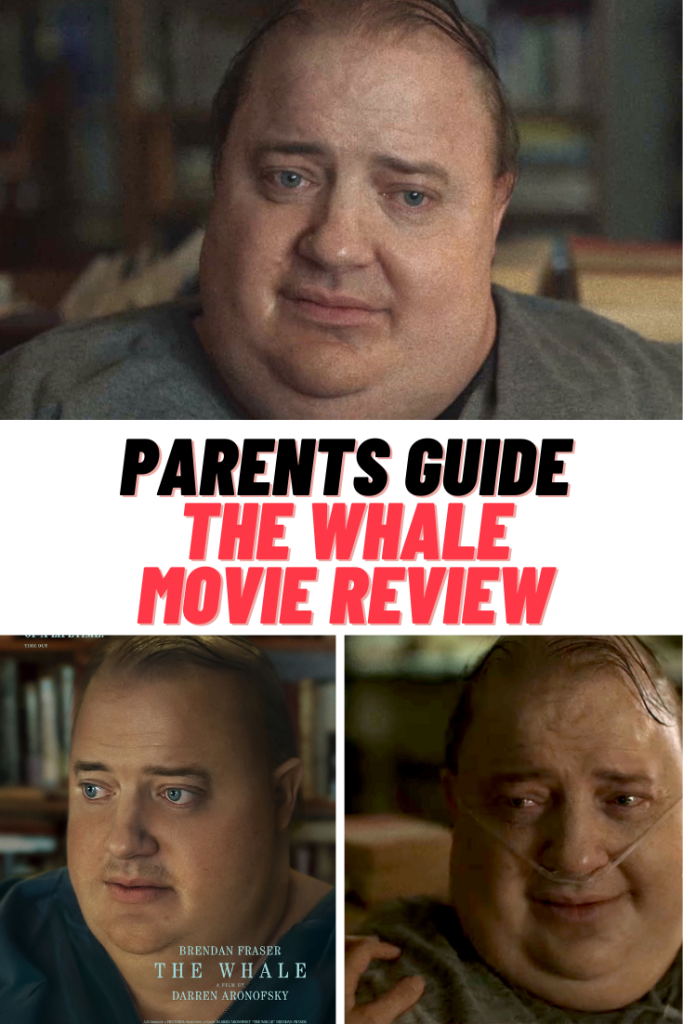