Season 2 of Netflix’s Firefly Lane continues to explore the value of lifelong friendship and ends on a cliffhanger. Check out the details in my parents guide review. 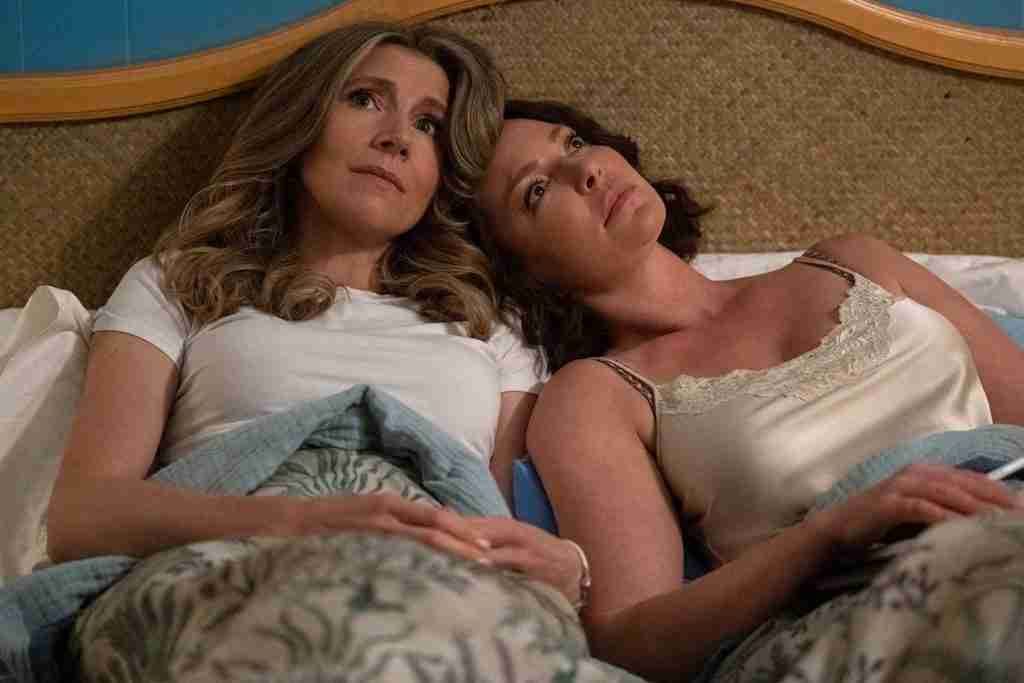 Netflix’s Firefly Lane dropped its season 2 episodes on the streaming service today, December 2nd. The show, which stars Katherine Heigl and Sarah Chalke, is based on Kristin Hannah’s popular book of the same name. This new season is split into two parts, with this first part consisting of 9 episodes and part 2 coming in 2023 with 6 additional episodes. This season explores more of Kate and Tully’s friendship and answers some questions that have been up in the air. Check out the details in my parents guide review.

In Firefly Lane Season 2: What could possibly have ended the tight-knit thirty year friendship of Tully and Kate, our “Firefly Lane Girls Forever?” We’ll learn the answer this season — but first — Kate grapples with the painful aftermath of Johnny’s ill-fated trip to Iraq, while Tully faces a lawsuit after walking away from her talk show, and must start her career over from the bottom. This leads her to search for answers about who she is and where she comes from — including a quest to find the father she never met, against the wishes of her secretive hippie mother, Cloud. In the ’80s, we see Kate and Johnny first fall in love, creating more than a little drama in the newsroom where they work, as Tully’s career rises and she spars (and flirts!) with cocky sportscaster Danny Diaz. She just might have met her match — that is, if they can stop arguing for five minutes. While in the ’70s, teenage Kate and Tully struggle to keep their friendship together as Cloud goes to jail for dealing drugs and Tully goes to live with her grandmother, far away from Firefly Lane. As the girls face the tumult of high school apart, they know the one thing they really need is each other. 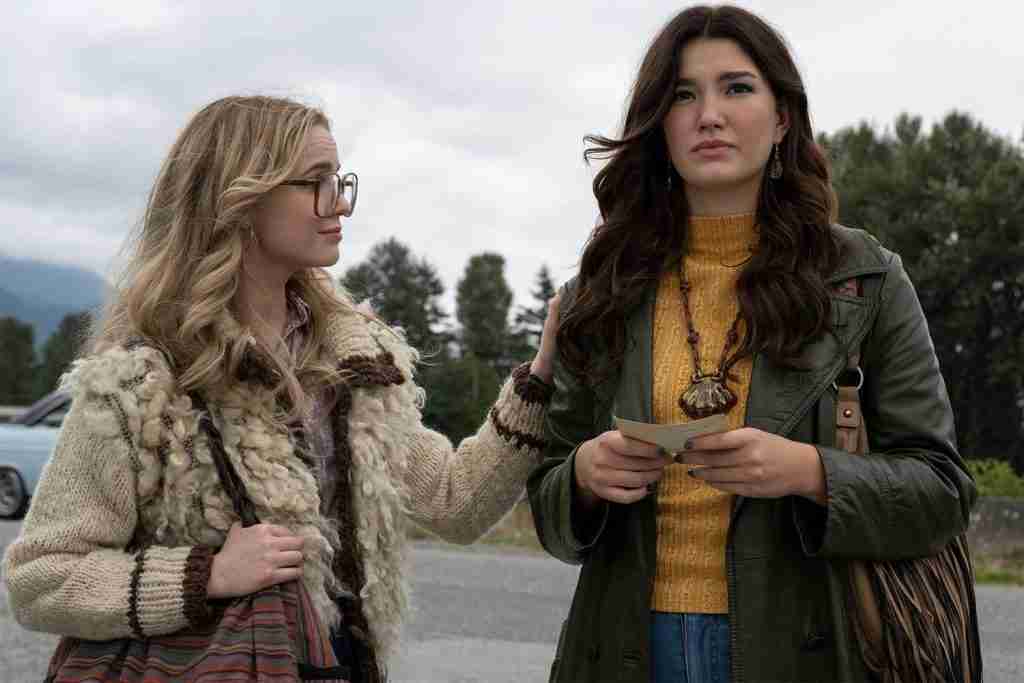 Let’s take a look at what parents need to know before letting their kids watch Firefly Lane season 2.

Mature Content: The series contains some adult themes, such as divorce and the discussion of the rape of a character. There is a car accident that lands characters in the hospital, which is pretty graphic to watch. Characters are shown consuming alcohol, partaking in drugs (smoking pot), underage drinking, and drinking while driving. Characters are shown in their underwear, and numerous scenes imply sex. There is also a parent’s death and a dead body, which may be upsetting to some viewers.

Netflix’s Firefly Lane season 2 delves deeper into the lives of Tully and Kate, as season 1 gave a nice base and backstory for the pair and has allowed this season to explain some unanswered questions. This includes answering the ever-looming question that was left up in the air last season: what led to Tully and Kate’s falling out? This season picks up right where season 1 left off and continues with the same format of jumping around in the timeline from present day to when the friends were teens in high school and even to their early adulthood, as both were starting out their careers and beginning relationships.

As stated earlier, Firefly Lane season 2 explores the incident that dissolves the lifelong friendship of Tully and Kate. Viewers aren’t given all the details dropped on their lap all at once, but instead glimpses of the “incident” are shown as flashbacks to the event, revealing more and more details of the evening, and it isn’t until episode 7 where everything is finally fully revealed. The show’s “teasing” of the audience is clever and crafty, and it keeps the viewers engaged and interested.

As Firefly Lane season 2 delves into more of the duo’s lives and friendship, it also introduces some new plot points, such as a lawsuit and the question of Tully’s father. Along with this, fans of the books may be wondering about a certain twist coming, and they will be happy to know that the finale of season 2 (part 1) gives a little tease of it. Speaking of Part 1, this season is broken up into two parts: Part 1, which consists of nine episodes, and Part 2, which will be released next year and is made up of six episodes to round out this long and eventful season.

Firefly Lane season 2 brings much of the same as season 1, exploring relationships, friendships, loyalty, divorce, and struggles that many of us face today, which makes the show so relatable. Fans of the first will not be disappointed by this season by any means. Really, the only thing to be upset about is having to wait until next year to finish the season. If you have only read the books, then I implore you to check out this series, as it does a fine job bringing it to the small screen with great acting and wonderful direction. 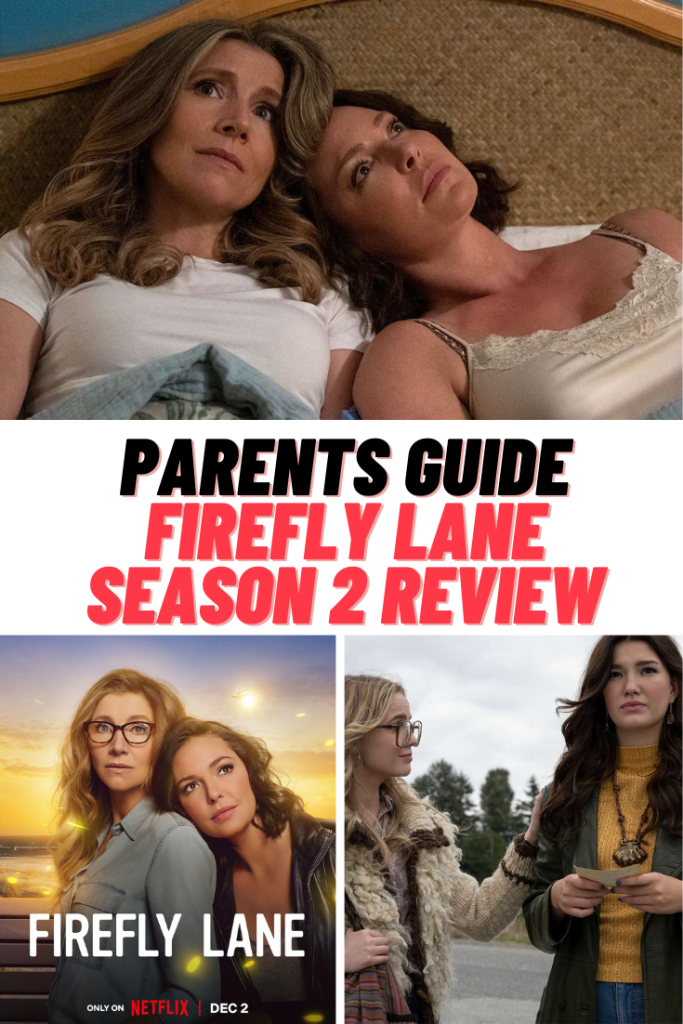