Death On The Nile takes awhile to set sail, but once it does, it is a truly enjoyable ride. Check out the details in my parents guide movie review. 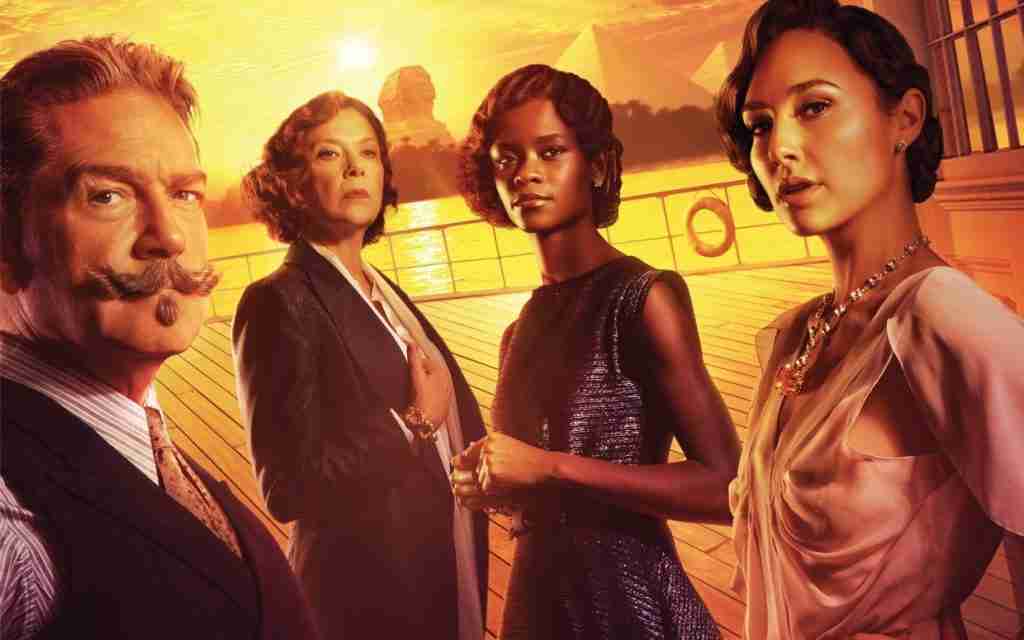 Death on the Nile drops in theaters this Friday, February 11th. The film is a sequel to the 2017 film Murder on the Orient Express, which Kenneth Branagh adapted from Agatha Christie’s 1934 mystery novel. Branagh returns to the directors’ chair along with starring in the new film, along with newcomers to the franchise, Gal Gadot and Annette Bening. Check out all the details in my parents guide movie review.

Death On The Nile Movie Quotes

Death On The Nile Parents Guide

Belgian sleuth Hercule Poirot’s Egyptian vacation aboard a glamorous river steamer turns into a terrifying search for a murderer when a picture-perfect couple’s idyllic honeymoon is tragically cut short. Set against an epic landscape of sweeping desert vistas and the majestic Giza pyramids, this tale of unbridled passion and incapacitating jealousy features a cosmopolitan group of impeccably dressed travelers, and enough wicked twists and turns to leave audiences guessing until the final, shocking denouement. 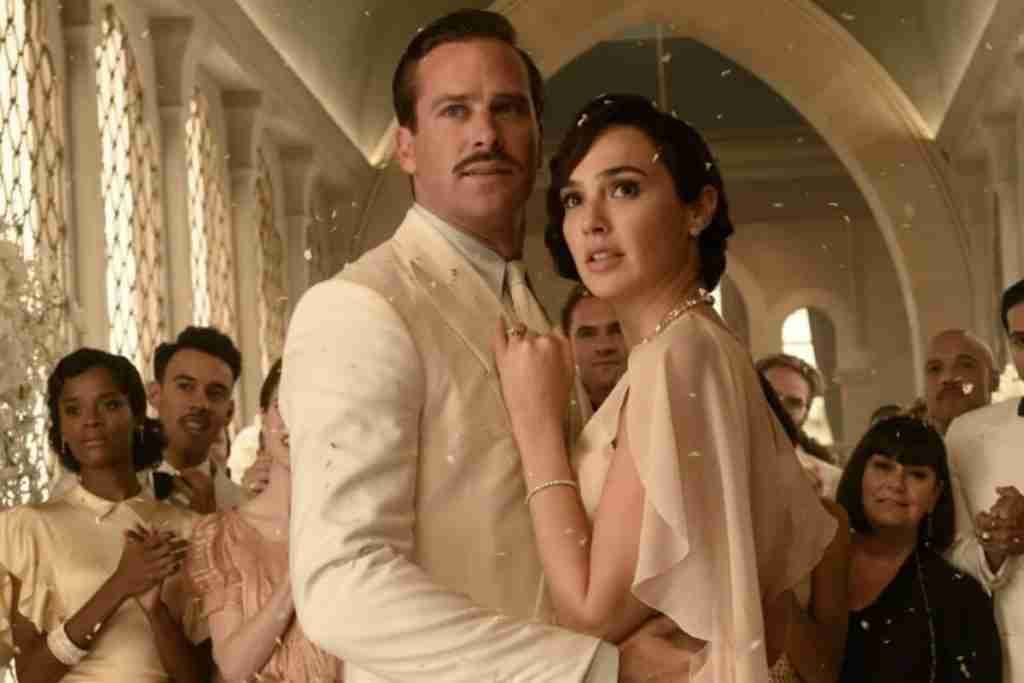 Let’s take a look at what parents need to know before letting their kids watch Death on the Nile.

Language: Death on the Nile contains mild language, but it does have some profanity that parents should be aware of. Lookout words include: a**, d*mn, and hell.

Mature Content: The biggest warning for parents in the film is the violent content. As one would expect from a movie about a murder, there are some disturbing scenes which show characters being shot, stabbed, throat slashed, and a whole war sequence that has a graphic scene of a character having their face blown up. Death on the Nile contains a lot of talk about sex, discussing having sex, and passionate kissing. There is a dirty dancing scene at the beginning of the film that is very steamy. The characters are also shown consuming alcohol.

The best part about Death on the Nile is Kenneth Branagh’s return as the dapper, mustachioed detective, Hercule Poirot. It’s apparent that Branagh thoroughly enjoys playing Poirot and has faithfully embraced the character, even delving into more of his backstory in the new film. The rest of the cast, new and old, do a stand-up job of being believable suspects. Russell Brand is almost unrecognizable in the film, and he surprisingly plays more of a low-key character as a doctor and Linnet’s former lover. Gal Gadot and Annette Bening deliver strong performances and steal the scenes they appear in. The diverse cast helps to bring in a more modern take and creates an intriguing subplot surrounding love and race.

As for the most problematic cast member in the film, Armie Hammer, all I can say is that his presence makes for an uncomfortable watch. With Hammer being a major character in the film, and his scandal hitting after the film was done shooting, one can see why it would be almost impossible to cut much of his character out, and it would’ve been quite the undertaking to recast and reshoot his part. While cutting his character completely out of the film would have harmed the story, and it is appreciated that Branagh made the decision to leave him in, some of the scenes are almost cringeworthy after knowing the accusations made about him. Particularly in the first act, where he shares a hot and steamy dance scene with Gadot, and all this author could think while watching it was, “Don’t eat her, Armie!”

The biggest issue with Death on the Nile is how long it takes the film to actually get on the Nile and have a death occur. After the first hour of the film is filled with backstory, a spontaneous wedding, and an extravagant honeymoon, audiences may begin to wonder if a death on the Nile would occur at all. Due to its slow start taking up a big portion of the film, the best parts, which include the list of suspects and clever detective work, seem to be rushed through the second half of the movie. However, when the film does pick up, it is an extremely fun ride. The suspense, thrills, and twists and turns bring all the magic to the film and will have viewers intrigued from start to finish.

Death on the Nile is not as good as its predecessor, Murder on the Orient Express. Pacing issues and several subplot storylines take up much of the film’s two-hour runtime, and while it is slightly longer than the aforementioned movie, it feels simultaneously shorter and longer. Specifically, the first half feels longer and the second half shorter. It just doesn’t feel as fine-tuned as the 2017 film, but fans of the book and of Branagh’s Poirot will care little about those things, choosing instead to embrace the nuances that make this movie stand out. One of which is the music presented by the band, which takes center stage for many of the film’s sequences, and another being the various relationships that permeate the story, and that does give audiences something new just in time for Valentine’s Day. The theme of love, whether it be true love, forbidden love, lost love, or even jaded love, is felt throughout the film. Whether you think this detracts from the film overall or enhances it is your call. 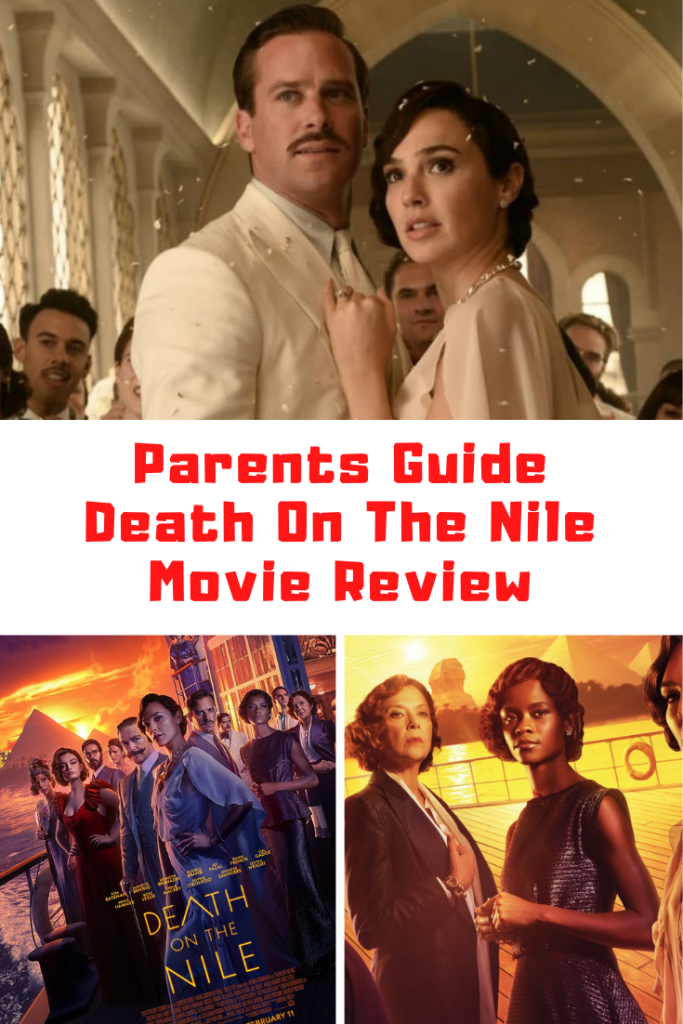