AppleTV+’s WeCrashed contains a stellar cast with brilliant performances. However, this intriguing story would’ve served better as a film. Check out the details in my parents guide review. 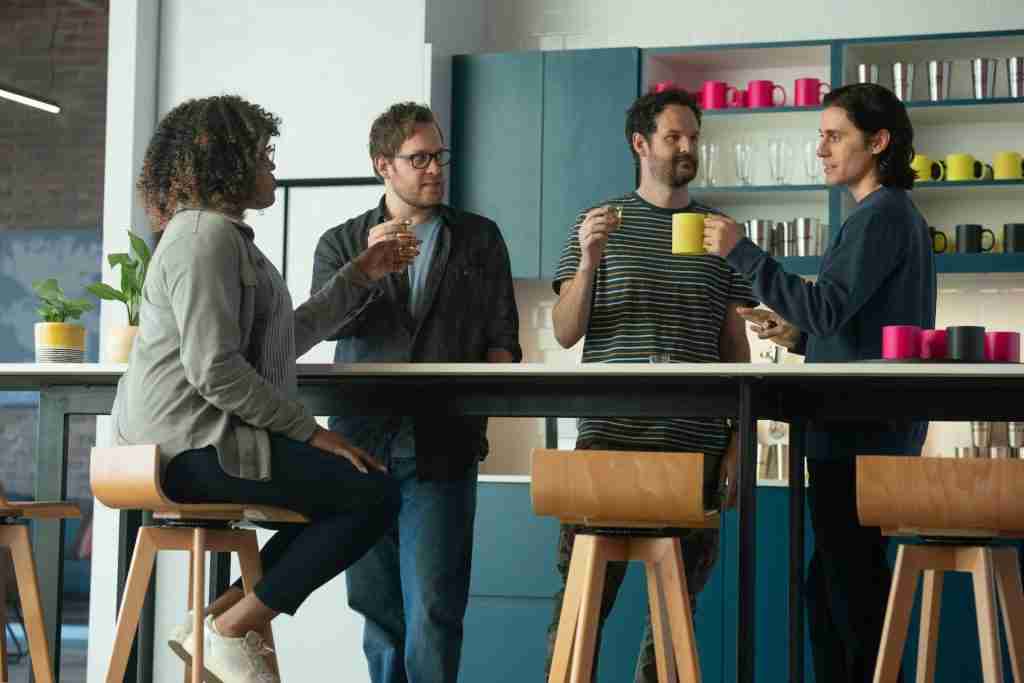 AppleTV+’s WeCrashed drops its first few episodes on the streaming service this Friday, March 18th. The series stars Jared Leto and Anne Hathaway and tells the story of Adam Neumann, the CEO of WeWork, a commercial real estate company that provides flexible shared workspaces. Audiences will get an in-depth look into the swift rise and catastrophic decline of WeWork and all the players involved. Check out the details in my parents guide review.

AppleTV+’s WeCrashed is inspired by actual events — and the love story at the center of it all. WeWork grew from a single coworking space into a global brand worth $47 billion in under a decade. Then, in less than a year, its value plummeted. What happened? 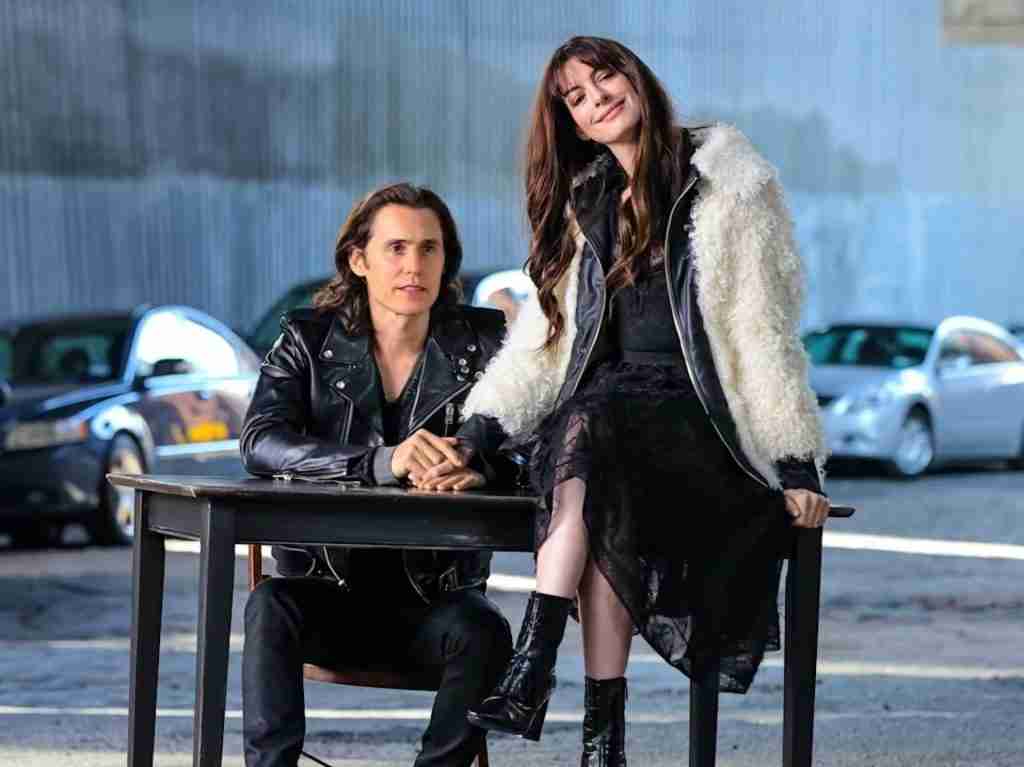 Let’s take a look at what parents need to know about AppleTV+’s WeCrashed.

Mature Content: The series has many adult themes that parents need to be made aware of and may not be appropriate for children. One being the work environment at WeWork, which shows employees engaging in sexual acts between co-workers while at work and regularly getting intoxicated. There are multiple sex scenes in the series, and partial nudity with passionate kissing. Characters consume alcohol and are often shown partaking in drug use, such as smoking mariajuana.

Netflix‘s Inventing Anna and more recently, Hulu’s The Dropout all have something in common with AppleTV+’s upcoming series, WeCrashed. All are based on true stories that made headlines due to the scandalous events and eccentric characters involved. The stories are outrageous and often feel unbelievable, but that is exactly what draws in viewers to the far-fetched story. Could it be that somewhere deep down, we are all a bit jealous? Not of the fall, of course, but of the incredulous and meteroic rise to power and fame these people were able to achieve. All of these stories contain the essence of the American Dream; that if we work hard and possess an unwavering belief, that we can achieve anything to which we set our minds. But alas, a light that’s twice as bright burns only half as long.

The best part about WeCrashed is the performances given by Jared Leto, who played WeWork CEO Adam Neumann, and Anne Hathaway as Rebekah Neumann, Adam’s wife and real life cousin to Gwyneth Paltrow. Leto is blessed with the ability to psychically transform into the characters he plays, and in the case of Adam Neumann, he has the “look,” including brown contacts, a slicked back mane, and possibly a little Botox around the eyes. Along with his chameleon-like ability to resemble the characters he plays, he also delivers an impressive Israeli accent in the series, unlike in House of Gucci, where his Italian accent sounded more like Mario & Luigi than anything else.

While Jared Leto simply shines on-screen, it is Anne Hathaway who steals the show in WeCrashed. Thanks to some brilliant writing, the story delves into the psyche of Rebekah Neumann, the most eccentric one of the pair, and reveals a woman who possesses no self-identity of her own and becomes lost in her husband’s shadow. Hathaway gives a genuine and vulnerable performance, slowly peeling away the many layers of her personality as the show progresses. Unlike Adam’s story, the series dives into more of Rebekah’s past and the emotional trauma she endured. Rebekah’s depiction in WeCrashed will remind viewers a bit of Anna Delvey’s story in the sense that women in business are often overlooked or not taken seriously, and in Rebekah’s case, her arrogant and flawed husband receives all the credit and the spotlight.

WeCrashed biggest flaw is making this story into a full 8-episode series instead of a movie or miniseries. While the story is captivating and the characters intriguing, the show tends to get muddled in specifics and side-plots, which leads to a bit of a drag midway through. Many of the moments in the series just seem to be reiterated ad infinitum, and while it may be a part of what actually happened, the viewers don’t need to see everything in order to get the gist of what went down. It comes off as a lot of fluff and filler that, in my opinion, could have been left on the cutting room floor in favor of a more concise and robust story. These moments aren’t horrible in and of themselves, but the sum of their parts just pulls you away from the plot and waters down an otherwise intriguing narrative. Rise and fall tales are the big hit right now, and audiences are eating them up. It would be wise for other directors to realize that viewers have a lot on their collective plates, and something soothing to the palate may be preferred versus a dish artifically inflated and overly bland. 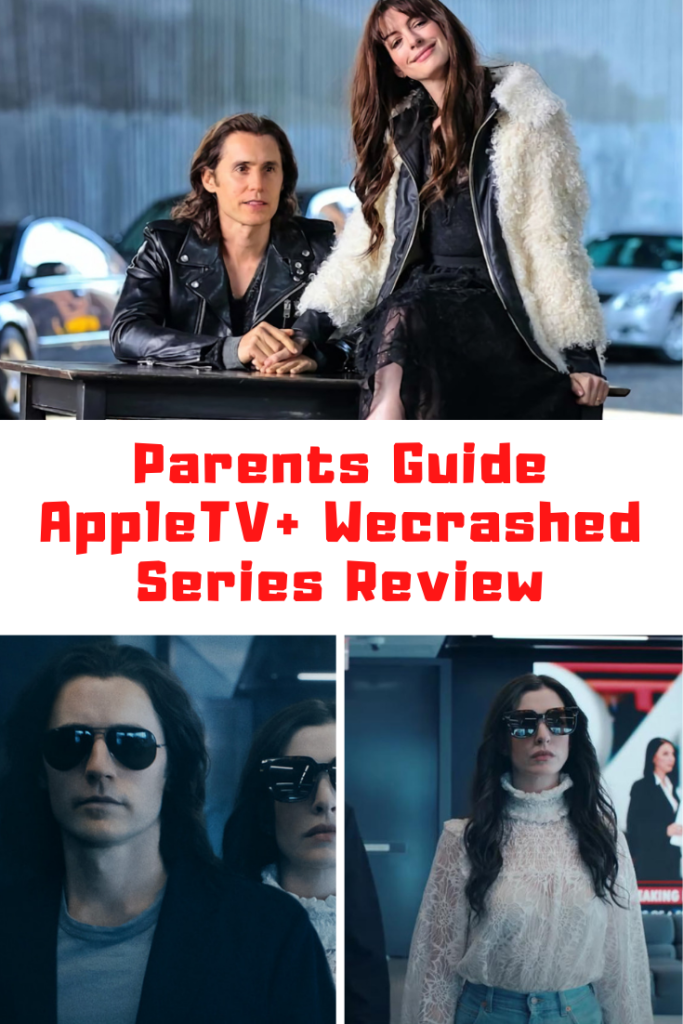