Cheaper By The Dozen 2022 is a charming film that families can enjoy together. Check out the details in my parents guide movie review.

Cheaper By The Dozen 2022 drops on the Disney+ streaming service tomorrow, March 18th. The film remake brings back the Baker family with a bit of a modern take, considering the family is now blended with the Bakers’ being an interracial couple. It stars Zach Braff and Gabrielle Union as Paul and Zoey Baker, and it reintroduces family-friendly fun while addressing some racial issues.Check out the details in my parents guide movie review.

Cheaper By The Dozen 2022 Quotes

Cheaper By The Dozen 2022 Family Tree

Cheaper By The Dozen 2022 Parents Guide

An all-new movie premiering on Disney+, “Cheaper by the Dozen” is a fresh take on the 2003 hit family comedy. It is the story of the raucous exploits of a blended family of 12, the Bakers, as they navigate a hectic home life while simultaneously managing their family business.

Let’s take a look at what parents need to know before letting their kids watch Cheaper By The Dozen 2022.

Language: Cheaper By The Dozen 2022 contains mild language, with a few choice words parents need to be made aware of. Lookout words include: d*mn, idiot, whack, and phrases like “Jesus Christ,” “shut up,” and “fat butt.”

Mature Content: The film has a heavy theme surrounding race, considering the family is diverse. Kids are bullied over their race, there is a police officer that makes a reference to noise (assuming the family was loud due to their race), and there is a scene in which someone thinks the mom was the nanny because of her race. While there is no sex or nudity in the film, there are a couple of scenes where the couple alludes to sex, and the wife even changes into her lingerie. There is a fight that takes place at school, and a cousin that stays with the family because his mother is in rehab.

Cheaper By The Dozen 2022 takes a popular classic film and gives it a reboot, the way reboots should be done, that is with a fresh and modern take on the story. Too many reboots either tell the same old story or change it completely, ruining the parts that drew audiences to it in the first place. This time around, we have the Bakers’ and their party of twelve, stuck in a house way too small for them and running a family business: a diner that only serves breakfast. Oh, and did I mention, the Bakers in this new rendition are a blended family made up of multiple races? Not only did the Bakers have children from previous marriages and a couple of sets of twins together, but they also have an adopted son of South Asian descent and two dogs named Bark Obama and Joe Biten.

This fresh take on Cheaper By The Dozen not only offers the opportunity to bring to light the obstacles interracial families face, but also the intolerance children of color deal with on a daily basis. Truthfully, when it comes to the interacial marriage, Zoey takes the brunt of it, as she is mistaken for the nanny because of her skin color and approached by security when the family moves into a well-to-do neighborhood. This is something we have seen often addressed in films. However, I was a bit surprised by the target of the bullying the film took. With a family consisting of black, white, and brown faces; it is the boy of South Asian descent that is the prey of bullies, being made fun of for the way he talks and what he wears. With the spike in Asian hate-crimes in the past few years, this element in the film is a poignant reminder of the racism that exists towards a multitude of cultures in our country.

Ultimately, Cheaper By The Dozen 2022 offers many lessons audiences can take away from the film. The heart of the story is about family and the importance of togetherness. There is a popular saying: no one ever said on their deathbed, “I wish I would have spent more time at work.” As the Bakers’ business begins to grow and their finances allow them the opportunity to provide a “fancier” life for their family, they soon realize this success comes with a price, and that price is having a parent often gone to work. No amount of money or success can replace the importance of being present.

Cheaper By The Dozen 2022 is not a perfect film by any means. While the social issue awareness is appreciated and important, there were times the issues were brought up that seemed out of place and forced. Adding this to the fact that the writers tackled the race issue while also calling two of the white, blonde-haired business women in the film “Barbie’s” seemed a bit counteractive to the acceptance message they were promoting.

Zach Braff and Gabrielle Union were terrific in the film, and they had a great rapport onscreen. It came as no surprise that Braff was the comedy of the film, and he brought the laughs with his nerdy demeanor and silly TikTok dances. The couple were very much an opposites attract scenario, as Union exudes class and sophistication. The marriage between the two was another representation that looks and money are not what make a happy marriage.

Cheaper By The Dozen 2022 is not going to win any awards and may even be overlooked as just another unneeded reboot. In all honesty, this author had the same thought going into the film, but was pleasantly surprised by just how fun and enjoyable it was to watch. Filmmakers could have done themselves a favor and shortened the film a bit, because a two-hour run-time is unneeded for these family-based films. I would not be surprised if this film spawned a sequel of its own in the near future, and I would expect it to continue tackling race issues and the importance of family togetherness. 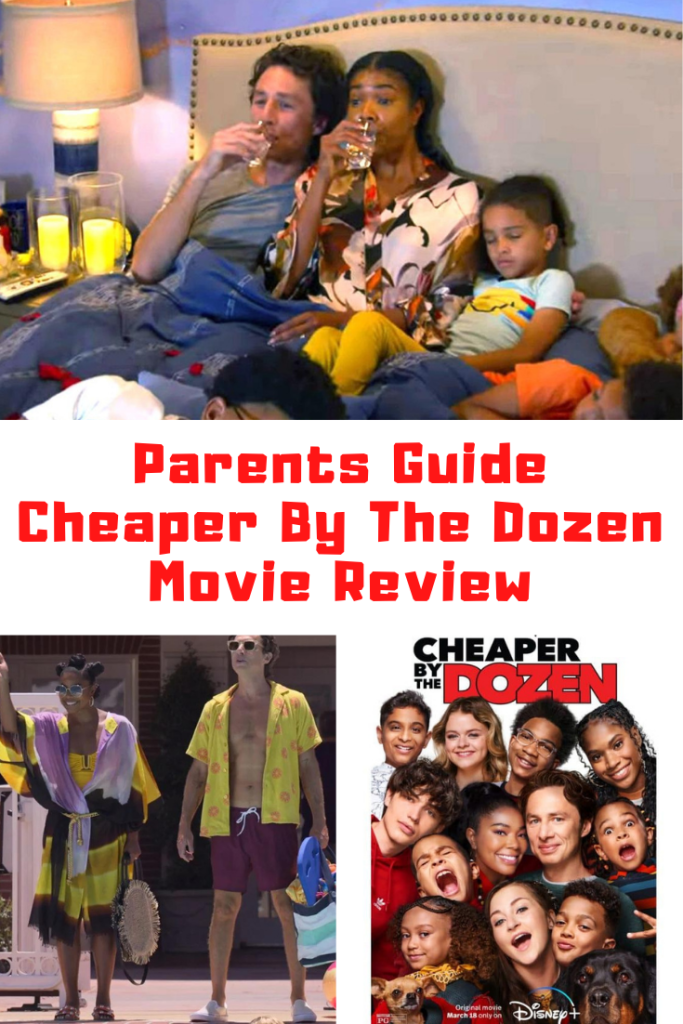