Netflix’s Bridgerton season 2 is less steamy than the previous season, but still contains that ton charm. Check out the details in my parents guide review. 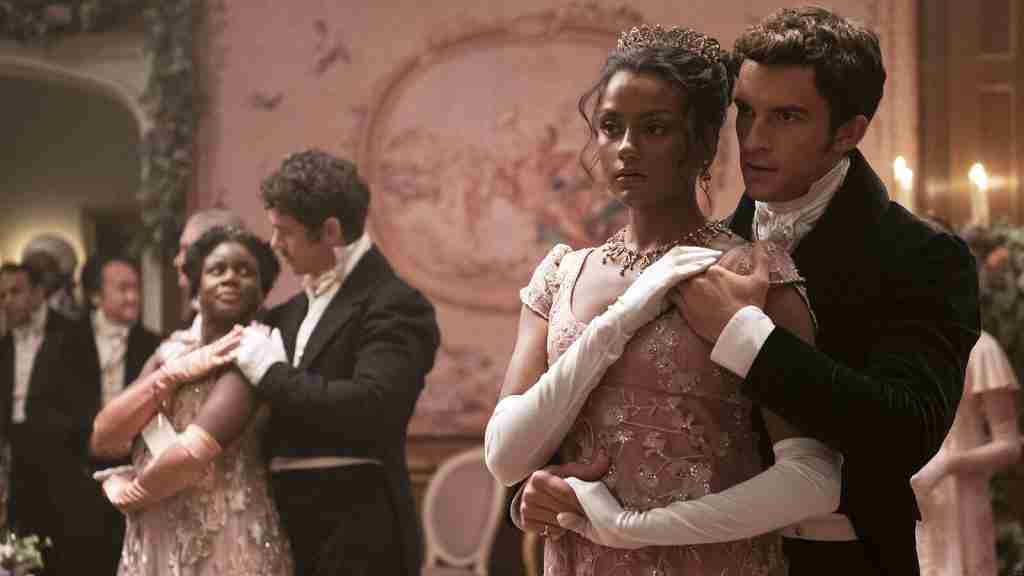 Netflix’s Bridgerton season 2 will drop on the streaming service this Friday, March 25th. While season one was a close adaptation of the popular Julia Quinn novel, The Duke and I, season two is loosely based on the second book in the series, The Viscount Who Loved Me. This season brings back all the characters from season one, minus Rege-Jean Page (Simon Basset), which had been announced before the series premiere. Check out all the details in my parents guide review.

Bridgerton season 2 will follow Anthony Bridgerton’s love story with newcomer, Kate Sharma, played by Simone Ashley. The series revolves around the romantic encounters from the members of the titular family and is based on Julia Quinn’s historical fiction novel series. 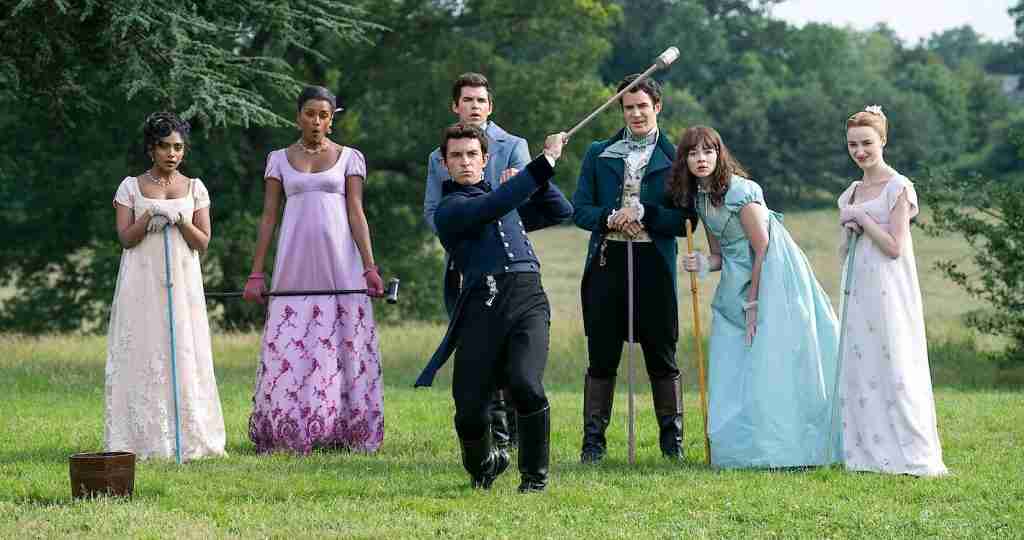 Let’s take a look at what parents need to know before letting their kids watch Bridgerton season 2.

Language: Bridgerton season 2 contains milder language, but there are still some lookout words parents need to be made aware of. Words include: d*mn, arse, and hell to name a few.

Sexual Content/Nudity: This season contains a lot less sex and nudity than what was shown in season 1. However, there are still some scenes parents need to be made aware of. Nudity includes showing the bare butts of men and women, showing women’s bare breasts on multiple occasions, implied sex, and one particular sex scene that does not last very long.

Violent Content: Bridgerton season 2 contains guns as there are some hunting scenes, a horse accident that is life-threatening, and the death of a parent, which may be triggering for some viewers. There is also a scene involving a woman in labor with a complicated birth, and a decision is asked about the prefence of life (mother or child).

Bridgerton season 2 has that same ton charm which first drew audiences in, but fans of the book may be angered by this season, as it goes way off script compared to season 1. Unlike The Duke and I, which stuck pretty much to the story in season one, season 2 is loosely based on the novel The Viscount Who Loved Me. Of course, we still have Kate Sheffield, the heroine in the second novel, but in the Netflix series her name is changed to Kate Sharma. Kate and her sister Edwina’s backstory is a bit different from the book, as they have now come from India to London in hopes of marrying off Edwina and their impending poverty. While Bridgerton is known for incorporating diverse characters into their classic stories while adhering to British traditions of the time, the Sharmas stick to the tone of the show, not incorporating much Indian culture into their roles other than calling each other “Didi” and “Bon,” which mean “big sister” and “little sister” in Bengali.

The changes to the novel in Bridgerton season 2 do not stop there. Without giving away too much and spoiling it for the fans, all I will say is that halfway through the season, things go in a completely different direction as far as the Edwina-Anthony courtship and Kate and Anthony’s relationship. In fact, the story strays so much that the last four episodes will surprise book fans, with plots being completely altered and the motivations of characters completely change.

However, not everything differs from the book, as Bridgerton season 2 finally reveals the symbolism behind the “bee” and the bee sting(s) that forever changed the course of Bridgerton’s future. However, even in those cases, the events of each change a bit from the storyline in the novel. Fans will also get to witness Bridgerton’s favorite game, Pall Mall, see the mallet of death in full force, and even chuckle at the rowdy corgi.

While Bridgerton season 2 is based on the story of Anthony and Kate, like season 1, viewers will also get more stories revolving around the Featheringtons, Benedict, Eloise, and Penelope. Last season left off with Lady Whistledown’s identity being revealed as Penelope, which opens the door to spotlighting the struggles Penelope goes through this season with not only the difficulty of keeping her identity a secret but also her internal struggle to stay loyal to friendships despite the pressures to reveal certain gossip that could hurt those friendships. Drama ensues.

As previously revealed, the Duke Simon Basset (Rege-Jean Page) does not return in Bridgerton season 2. However, viewers will see Daphne (Phoebe Dynevor). While Daphne doesn’t have much screen time this season, she makes good use of the moments she does have, and if at all possible, she is even more endearing this season than last. This also goes for Benedict Bridgerton, who is the main character in the third novel, An Offer From A Gentleman, and who is set up nicely this season to easily transition into the next season as the focus.

Bridgerton season 2 does suffer from some pacing issues. This may be due to the plot changes and having to fill in some of the holes in the story due to them. But one thing is for certain, the show continues to charm audiences with its stellar cast of characters, vibrant costumes, and overall flare. At what other show will you hear classical renditions of Madonna’s Material Girl and Miley Cyrus’ Wrecking Ball? These modern touches added to the series add to the allure and charm. Fans of the novels might be upset about the changes from the book this season, but no one ever said Netflix’s Bridgerton would be an exact adaptation of the books, and truthfully, a little change gives those who know the story something fresh when watching the series. 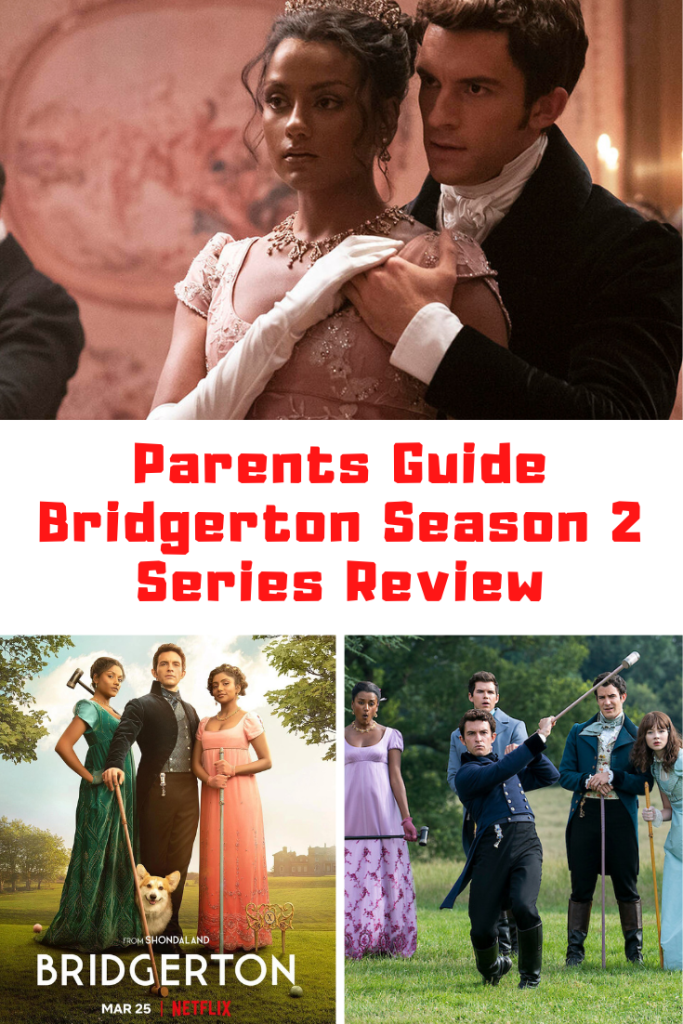