Ticket To Paradise is a predictable, cookie-cutter rom-com whose only saving grace is the banter between George Clooney and Julia Roberts. Check out the details in my parents guide movie review. 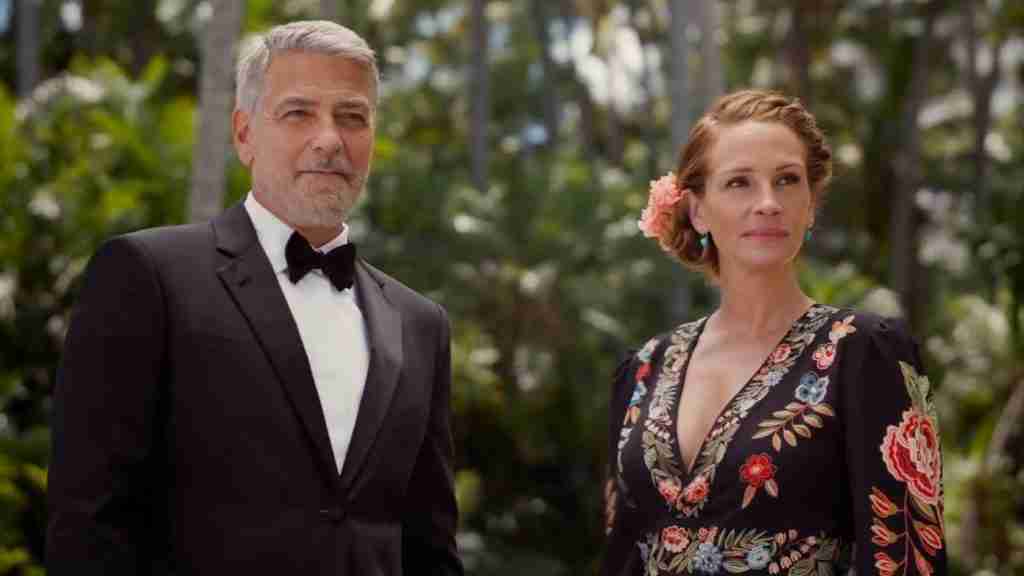 Ticket to Paradise drops in theaters across the nation this Friday, October 21st. The film reunites actors George Clooney and Julia Roberts, who have proven to have great chemistry and banter onscreen in the past while costarring together in Ocean’s Eleven. This time around, the duo plays a divorced couple who hates each other but has to come together for the wedding of their daughter. While this rom-com is another cookie-cutter comedy, both Clooney and Roberts make it worth watching. Check out the details in my parents guide movie review.

In Ticket To Paradise: A divorced couple teams up and travels to Bali to stop their daughter from making the same mistake they think they made 25 years ago.

Let’s take a look at what parents need to know before letting their kids watch Ticket to Paradise.

Mature Content: There are adult themes surrounding divorce and divorced parents who are unable to co-parent together, showing a deep hatred for one another. These tones may be very upsetting for some viewers. While there is no nudity or sex scenes to speak of, there is implied sex and couples wake up in bed together the next morning. Characters are also shown consuming alcohol, becoming drunk and making bad decisions when inebriated.

Ticket to Paradise doesn’t offer anything fresh or new to the rom-com world. In fact, those who are fans of the “old school” genre will rejoice in this breezy, romantic comedy that is aimed at an older audience. Viewers who are on the verge of being empty nesters may relate best and appreciate the more sentimental aspects of the film. And like many films of the genre, the plot is highly predictable and offers nothing new in terms of plot.

The saving grace of Ticket to Paradise is its principal acting power. The film stars George Clooney and Julia Roberts as a star-studded power couple. The two have graced the screen together before, starring in Ocean’s Eleven, and prove their chemistry makes it a delight to watch, as they banter and bounce one-liners off each other with ease. They spar with authenticity, as if they truly were a divorced couple with years of pent-up anger and frustration towards one another. Despite Roberts and Clooney’s powerful presence onscreen, costar Kaitlyn Dever (Booksmart), who plays their daughter Lily, does an excellent job of coming out of their shadow and bringing many heartfelt moments to the story.

There are many great one-liners and laugh-out-loud moments in Ticket to Paradise, credited to director Ol Parker, who co-wrote the script with Daniel Pipski. The jokes are mostly focused on Roberts and Clooney sparring together, which the two seem to have made the calculation that that is what the audience wants to see. I can’t say they were wrong, as the jokes hit most of the time. However, the clever writing of the two has one wondering if they would have put as much effort into the plot as they did the jokes, this “okay” rom-com could have been something great, instead of barely up to par. The flimsy premise was just a vehicle to get everyone to “paradise”, and I wouldn’t be surprised if I found out that the province of Bali was the driving force behind this picture. While there are a few laughs for them, a younger audience will struggle to connect, and most of the jokes and quips that land will have them cringing, because that is the typical reaction to “old people” humor. Overall, it is a light romantic comedy without any thinking involved, and sometimes that is just the sort of entertainment that is needed. 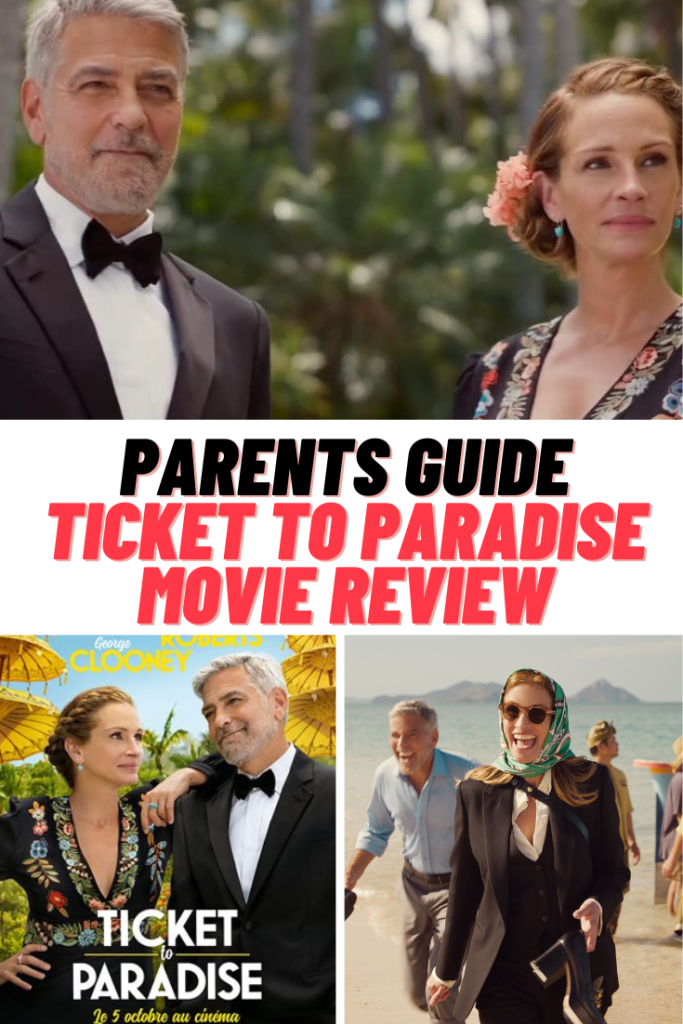