AppleTV+ Raymond & Ray is filled with dark comedy that makes this dysfunctional film quirky and fun. Check out the details in my parents guide movie review. 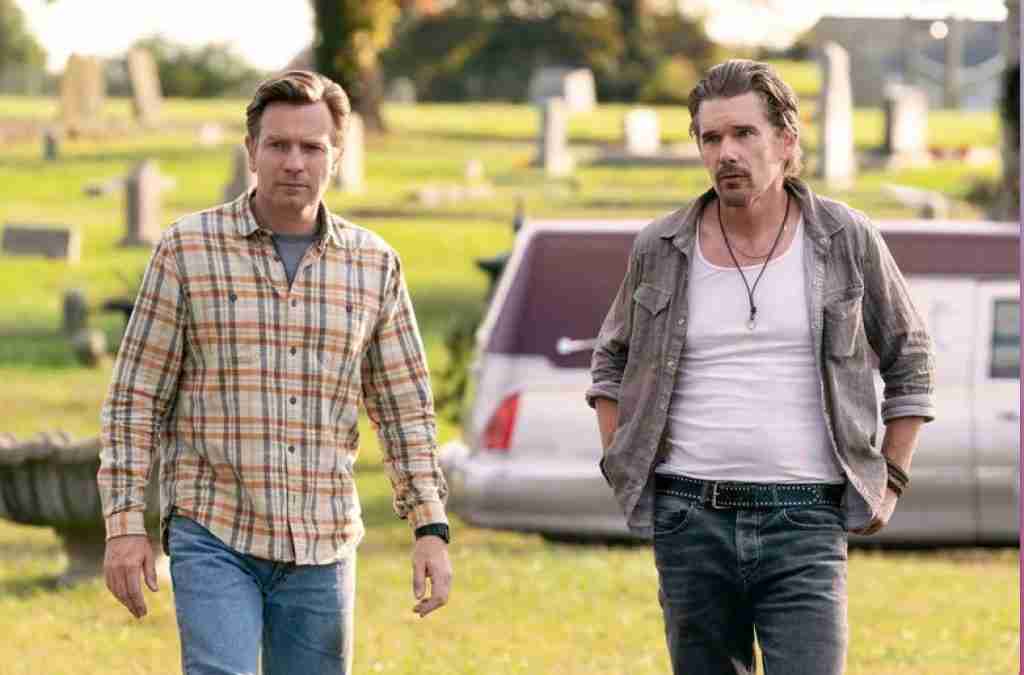 AppleTV+ Raymond & Ray drops on the streaming service tomorrow, October 20th. The film is written and directed by Rodrigo Garcia, who gravitates towards the sorts of stories surrounding family conflicts, having recently written/directed Four Good Days. His current film takes a more zany look at dysfunctional families and brings in some dark comedy, executed by a talented cast including Ethan Hawk and Ewan McGregor. Check out all the details in my parents guide movie review.

“Raymond & Ray” follows half-brothers Raymond and Ray who have lived in the shadow of a terrible father. Somehow, they still each have a sense of humor, and his funeral is a chance for them to reinvent themselves. There’s anger, there’s pain, there’s folly, there might be love, and there’s definitely gravedigging. 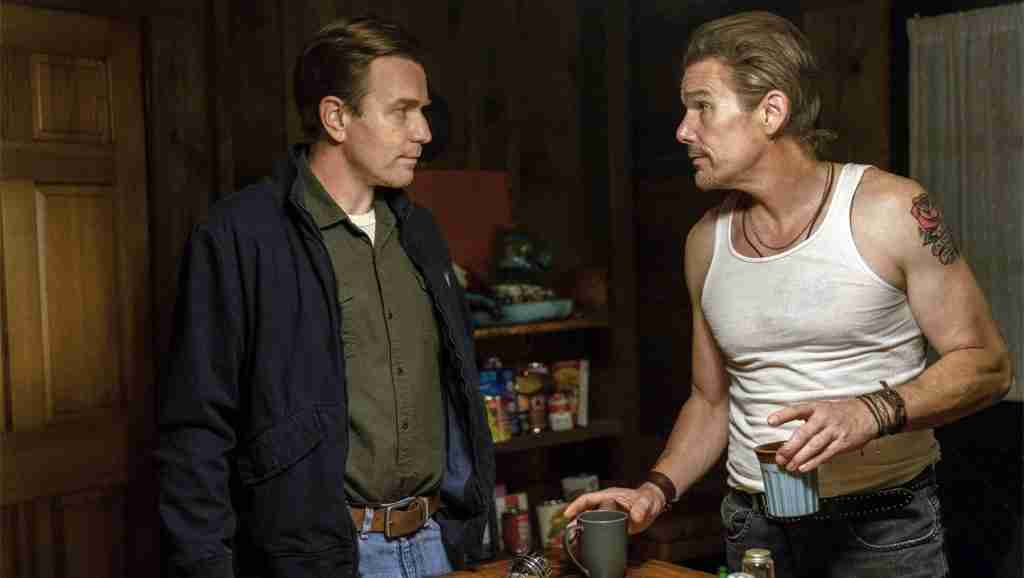 Let’s take a look at what parents need to know before they let their kids watch AppleTV+ Raymond & Ray.

Language: AppleTV+ Raymond & Ray contains strong language, with profanity used throughout. Lookout words include: f*ck, sh*t, son of a b*tch, a**, d*ck, piss, and phrases like “Jesus Christ” and “jerk off.”

Mature Content: The film centers around the death of a parent, which could be triggering for some viewers. There are shots of the dead body shown, and even one of a naked dead body, revealing its bare butt. Characters are shown wielding a gun, pointing a gun at themselves as if to commit suicide, and shooting the gun at a dead body. Characters are also shown consuming alcohol.

AppleTV+’s Raymond & Ray doesn’t pretend to be more than it is. It is not a ground-breaking film that will achieve huge accolades or awards. Instead, it is a simple film that is character-driven and looks at the lives of two brothers who had to endure years of abuse from their father, who is now deceased. The two brothers were very close growing up but have since drifted apart, as explained by the fact that the memories they endured together were so traumatic that seeing each other brings back many of those bad feelings, so they avoid it. And while the theme of the film revolves around death and trauma, the movie also includes some dark comedy and quirkiness that will lighten the heavy load that is dropped on the audience’s lap.

Raymond & Ray stars Ewan McGregor and Ethan Hawke, who play brothers Raymond and Ray. McGregor’s character, Raymond, is a “play by the rules” sort of guy who has had a string of divorces behind him and wants to do right by his father’s funeral, even though he blames the unhappiness in his life on him. His brother Ray, on the other hand, is a musician and recovering addict who has not gotten over the death of his wife. The two brothers couldn’t be more opposite, and yet that is what makes the dynamic between the two so entertaining to watch. While McGregor makes it a point to stay calm with a steady head, there are moments where he cannot control his anger and he bursts out, which would typically cause a tense moment, yet is done in an awkward and hilarious way.

Raymond & Ray keep things interesting with the twists and turns as more details surrounding the father’s life come to light. I don’t want to spoil anything, but this is where much of the comedy comes into play. This movie is a character study revolving around the two brothers, but the supporting cast adds much of the definition that helps illustrate who these brothers are, and perhaps ultimately how they will end up. We aren’t given all of the answers either, and so the film allows the viewer to ad-lib outcomes and keeps you thinking after the credits roll. 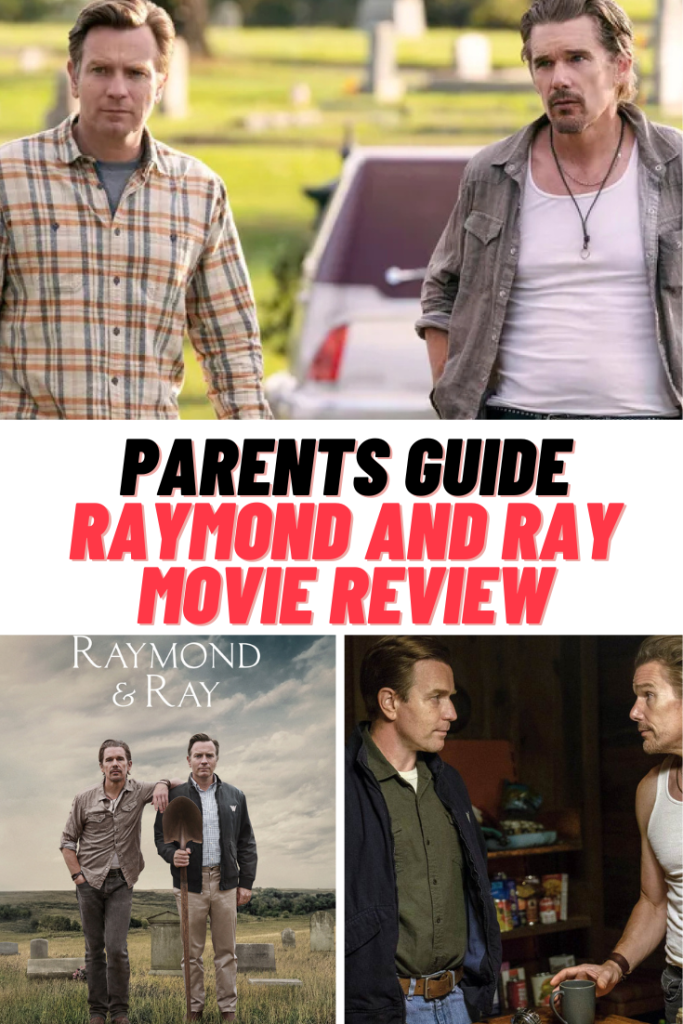