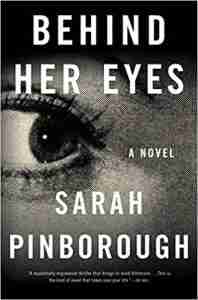 The new Netflix series Behind Her Eyes is also a popular novel by Sarah Pinborough, which centers on a woman who becomes close to a couple only to find out they are nothing as they seem. The book received much praise by critics for its suspenseful plot and its unexpected ending which we explained below; however, the unexpected ending also received some mixed reactions from readers. Some readers are even hoping the new series contains a lot of book differences, just because they are upset with the way the book ended, Check out the details of Behind Her Eyes Ending Explained & Book Differences.

Behind Her Eyes Parents Guide Review

Netflix Behind Her Eyes Quotes

In the Behind Her Eyes book, David claims to “love” his wife and regrets kissing Louise at the bar. However in the Netflix series he constantly refuses to tell Adele (his wife) he loves her. On the same note, in the film it seems like Adele is so obessesed with David and loves him, that she constantly vies for his love and attention. The book also reveals Adele despises David and does not want to be married to him any longer and is planning a separation. This is vastly different than in the series, where she seems to want to stay with him and does everything to make this happen.

One huge difference from the Behind Her Eyes book, we find out Rob was a friend of Louise’s which she confides in Adele about her friendship with him and his premature death. Adele also knows Rob from being in a psychiatric facility together years ago, but this is not revealed until later in the book. In the series, there is no connection to Rob and Louise, only the friendship Adele had with Rob from knowing him in the psychiatric hospital. 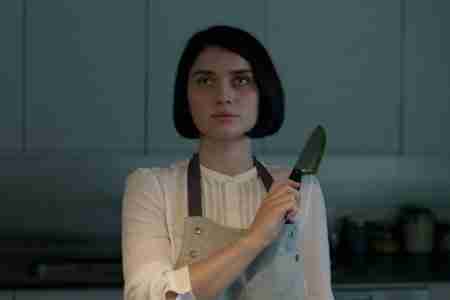 In the Behind Her Eyes series, Louise does not seem very manipulative even though she begins sleeping with David. She confesses that she really likes both David and Adele and uses their unhappy marriage as an excuse for the affair she is having with David. However, in the book Louise plays more of a sinister role. Louise sleeps with David and she gets a thrill from pretending to be Adele’s best friend.

The Behind Her Eyes book ending is close to the series ending. In the book, Rob became so obsessed that he kills Adele and takes over her body so he could be with David. But now Adele (with Rob in her body) wants to kill David before he leaves her for Louise. So Rob (in Adele’s body) attacks and kills Louise. He then takes over Louise’s body. David falls head over heels for Louise and plans to move in with her. He has no idea that both Adele and Louise are dead because Rob killed them. Rob decides to kill the last person who could give the game away—Louise’s son. The book ends before readers find out what happens.

However in the series, Rob switches bodies with Louise and kills her much in the same way, to take over her body. David and Louise (with Rob in her body) get married and as they are driving off after the wedding with Louise’s son, they seem happy but the son begins to question Louise saying “she doesn’t like boats” after she talked about taking a cruise for their honeymoon. Louise then turns and gives him a sinister look. This is where the series ends.