The Lost City 2022 is a fun, wacky adventure that brings Sandra Bullock back to her rom-com roots. Check out the details in my parents guide movie review. 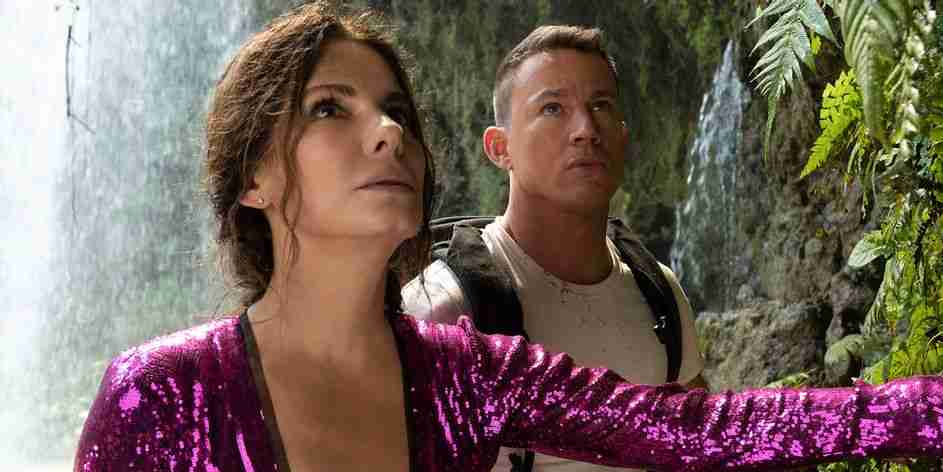 The Lost City 2022 is coming to theaters across the nation this Friday, March 25th. The film stars Channing Tatum and Sandra Bullock, and even has an appearance by the ever handsome Brad Pitt. In a sea of serious and depressing films as of late, this hilariously fun movie is a much needed welcome to cinemas. Check out the details in my parents guide movie review.

Brilliant, but reclusive author Loretta Sage (Sandra Bullock) has spent her career writing about exotic places in her popular romance-adventure novels featuring handsome cover model Alan (Channing Tatum), who has dedicated his life to embodying the hero character, “Dash.” While on tour promoting her new book with Alan, Loretta is kidnapped by an eccentric billionaire (Daniel Radcliffe) who hopes that she can lead him to the ancient lost city’s treasure from her latest story. Wanting to prove that he can be a hero in real life and not just on the pages of her books, Alan sets off to rescue her. Thrust into an epic jungle adventure, the unlikely pair will need to work together to survive the elements and find the ancient treasure before it’s lost forever. 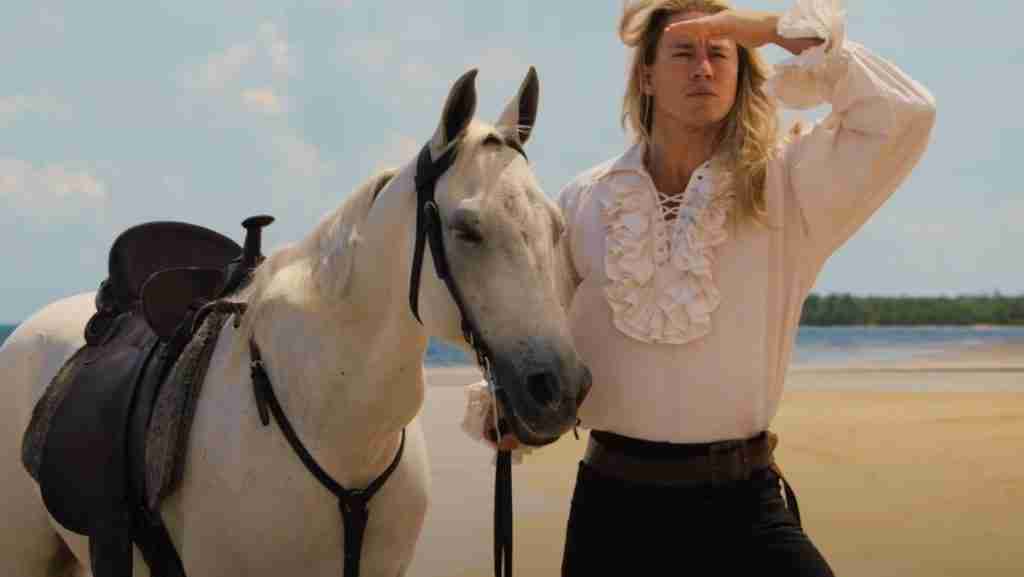 Let’s take a look at what parents need to know before letting their kids watch The Lost City 2022.

Language: The Lost City 2022 contains some strong language throughout, with many innuendos about sex and sexual parts. Lookout words include: a**h*le, d*ck, sl*t, and phrases like “Jesus Christ.”

Violent Content: The biggest concern for parents is the violent content the film contains. Characters are shown in hand-to-hand combat, shooting guns, explosions, kidnapping other characters, and showing dead bodies. There is one particular grotesque scene in which a character gets their head blown off, and although the scene pans off to other characters when the death takes place, blood and pieces of his head are splattered on the characters nearby.

Sexual Content/Nudity: The Lost City 2022 does not contain any sex scenes. However, the film does make many innuendos about sex and about the male genetalia. There is one scene that shows a character’s bare backside as another character is pulling leeches off of him.

The Lost City 2022 is best when it plays off the comedic chemistry between Sandra Bullock and Channing Tatum. It has been way too long since viewers have seen Bullock in these rom-com roles, which have catapulted her to A-list status in her acting career. While I do enjoy Bullock in more serious and intense roles, such as her 2018 film Bird Box and, more recently, The Unforgivable, it is the classics like Miss Congeniality and Two Weeks’ Notice where Bullock thrives. Together with Tatum, the duo understands the assignment and delivers some hysterical slapstick comedy and witty banter that will have audiences laughing out loud.

Bullock and Tatum are supported by a terrific cast in The Lost City 2022, which includes Daniel Radcliffe, Da’Vine Joy Randolph, and Brad Pitt. While Pitt has a small part in the film, he makes the most of his time onscreen and provides some of the most memorable scenes in the film. When viewers first meet Pitt’s character, Jack Trainer, he appears to be just another good-looking face to rival Tatum and possibly bring a love triangle twist, but when he starts flipping around in combat replete with Navy Seals type combat moves, they will not only be shocked but also chuckle at the absurdity. This absurdity extends not only to the film’s heroes, but also to antagonist Radcliffe, who is a delight as the villain, Fairfax. It is evident that Radcliffe enjoyed every moment of embracing his evil-side in the film, and his over-the-top performance was just as silly as his character’s motivations. I would not be one bit surprised if we see Radcliffe in more of these villainous roles in the future.

The Lost City 2022 isn’t without its flaws, either. The script is messy at times, resulting in some pacing issues, and the finale was anti-climactic. It is frontloaded with laughs in the first half of the film, but those soon taper off into more of the “rom” instead of “com” in the back half. This makes the film feel a bit uneven, and I would have liked a better mix throughout. The script, as well, seems up and down, with some dialogue being spot-on and yet other parts falling flat. However, the film does exactly what it intends to do, and that is deliver fun and wacky entertainment that allows audiences to enjoy it without having to think too much. 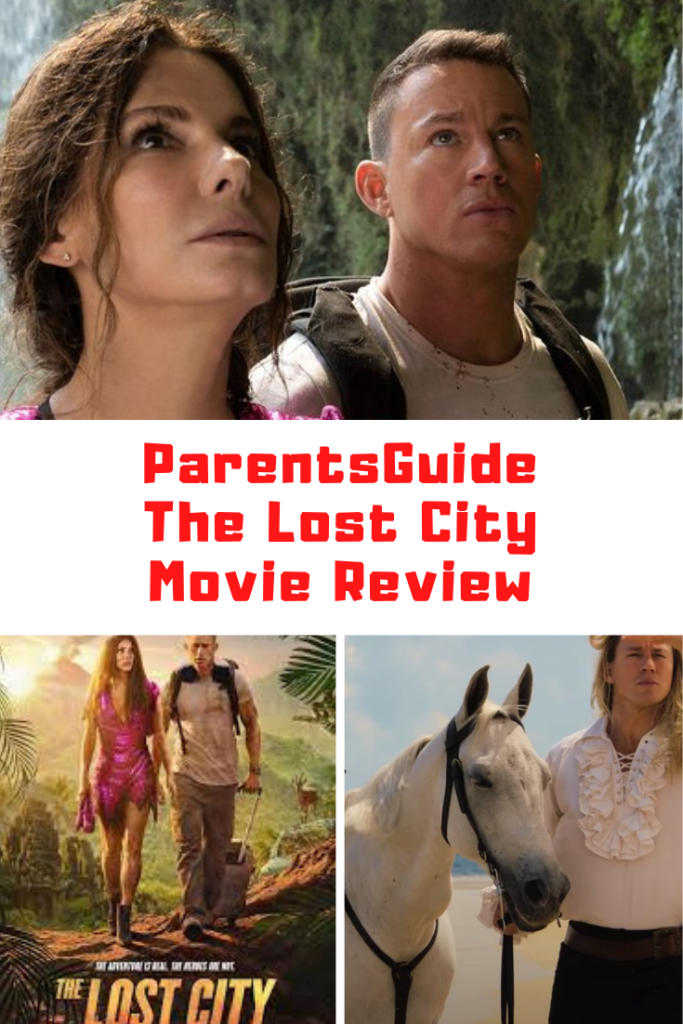