Disney+ Moon Knight is dark, creepy, and hilarious all at the same time. Marvel Studios continues to deliver fresh, unique, and outside-the-box entertainment. Check out the details in my parents guide review. 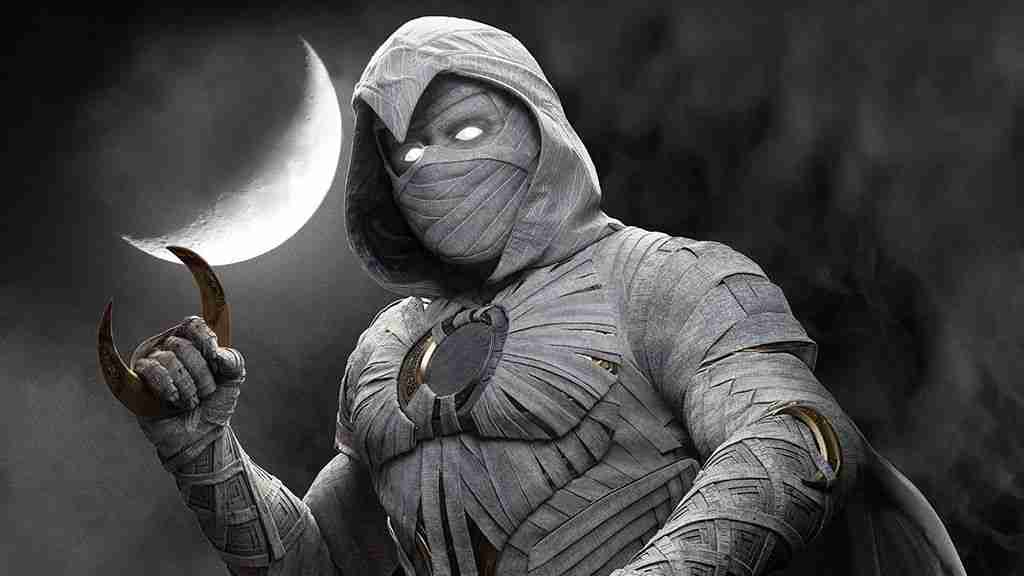 Disney+’s Moon Knight drops its first episodes on the streaming service tomorrow, March 30th. The new series is insane and probably one of the creepiest and darkest Marvel series released by Marvel Studios thus far. It stars Oscar Isaac, playing two roles, as Marc and Steven, and Ethan Hawk as Arthur Harrow. The new Marvel show will have audiences questioning what is real and what is not, all the while on the edge of their seats in suspense. Check out the details in my parents guide review.

Disney+’s Moon Knight surrounds a former U.S. Marine, struggling with dissociative identity disorder, is granted the powers of an Egyptian moon god. But he soon finds out that these newfound powers can be both a blessing and a curse to his troubled life. 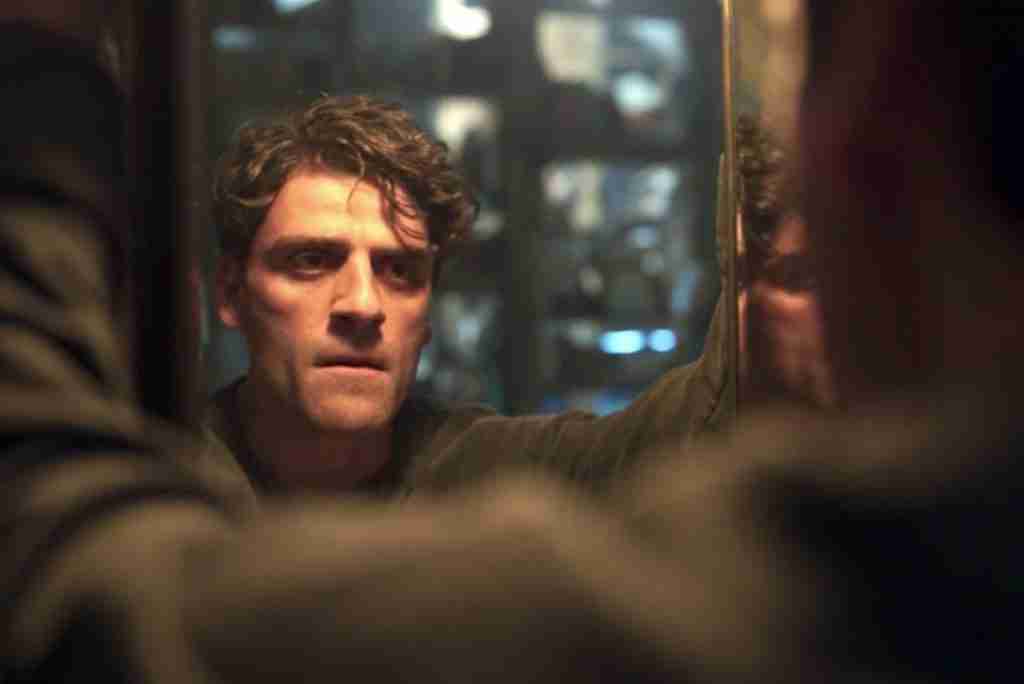 Let’s take a look at what parents need to know before letting their kids watch Disney+ Moon Knight.

Mature Content: The biggest warning for parents in the new series is the dark and violent content that it consists of. Characters are shown with guns, shooting guns, engaging in hand-to-hand combat, explosions, and more. There is a scene which shows a character falling to their death off of a cliff, and gory scenes which include showing bloody meat chunks. The show also contains scary, ancient-like creatures that could be frightening to many viewers.

***This review was given after watching four episodes of the series.

Marvel’s Moon Knight is firmly off the beaten path in terms of the traditional “superhero” film/show genre. For one, it is dealing with a character in Moon Knight that is not very well known, although his first appearance in the comics was in 1975. Similarly, The Eternals showcased a relatively unknown group of superheroes into the MCU, hoping the connection to existing franchises would be felt enough to bring audiences on board. The reviews are fairly mixed on the latter, but Marvel is betting pretty heavily on the lesser known as it trudges ahead with Phase Four.

Early in the series, Oscar Isaac portrays a sort of bumbling introvert who just can’t get his life together as a gift shop worker at a museum. Of course, Marvel is no stranger to pitting the weight of the world on a total schlub, but Isaac as Steven Grant just seems a little far-fetched even for them. Chaining himself to the bed, the floor strewn with sand seems downright mental, and the fact that he doesn’t even seem to care is odd. As the story picks up, and we start to see his “dreams,” it all begins to fall into place. Steven’s alter ego, Marc Spector, whom he can see in reflections, is the man Steven hopes to be, or is it?

The show is set up to leave it to the viewer to decide who is real and who is imaginary, and the titular Moon Knight (Egyptian God Khonshu) seems to be playing both sides of the fence. Ethan Hawke makes a turn as Arthur Harrow, a zealot and cult leader who claims he is bent on healing the world but is also bent on trying to awaken another Egyptian God, Ammit. We are left to wonder who is telling the truth in a series where what is going on at any given moment is the name of the game. It starts off slow-paced and doesn’t give too much away, but also doesn’t fill in any backstory. You must decide if you care enough about what you know in the moment to continue watching. I will say that I think it is worthwhile.

Once the action picks up, you won’t want to turn away. Moon Knight also does a great job of balancing the dramatic events and the comedic, with Oscar Isaac truly showcasing his chops in this role. After having only seen a few episodes, I can say that I cannot wait for the rest, and more than any other series from Marvel, this one seems dissociative. I am sure there will be a connection somewhere, but I would be remiss if I didn’t say it really wouldn’t matter to me if it was a standalone story. Sometimes I feel like there is just too much going on at any moment or point in time in the MCU that it feels overwhelming.

With Moon Knight and even The Eternals, I feel a breath of fresh air, as they are unburdened by the shackles of the first three phases and just want to tell stories that need to be heard. The problem is, will the public want them? I, for one, hope they do, and Marvel hopes you will too. After all, they wouldn’t have put forth such an effort to produce and present these shows if they didn’t. I wholeheartedly recommend Moon Knight as a step away from the norm, but also for those that need a break from the same old, same old. 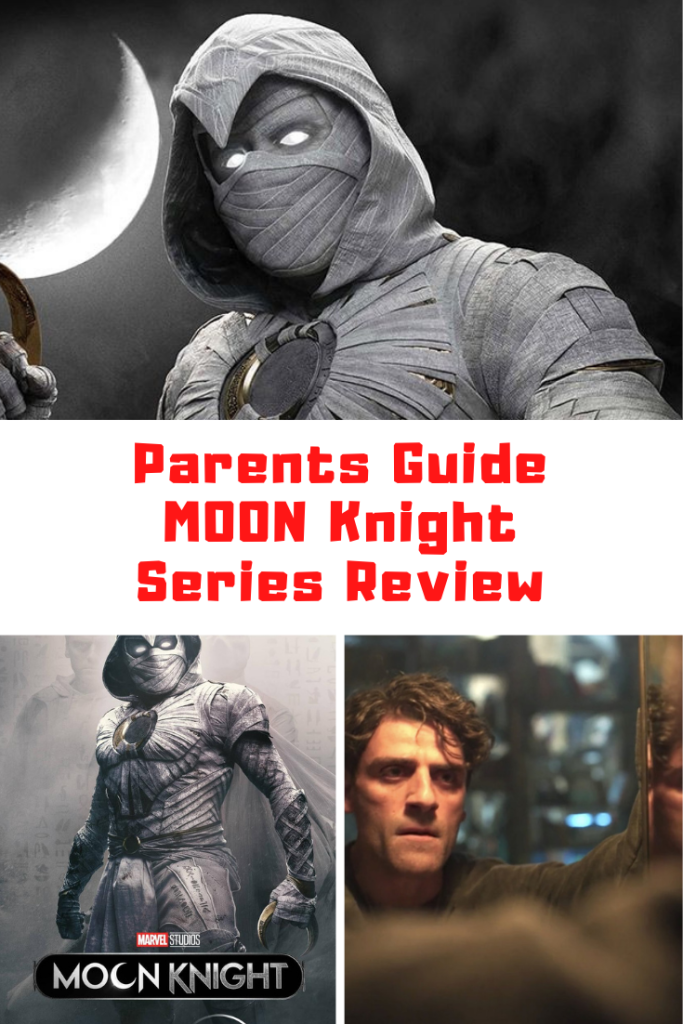