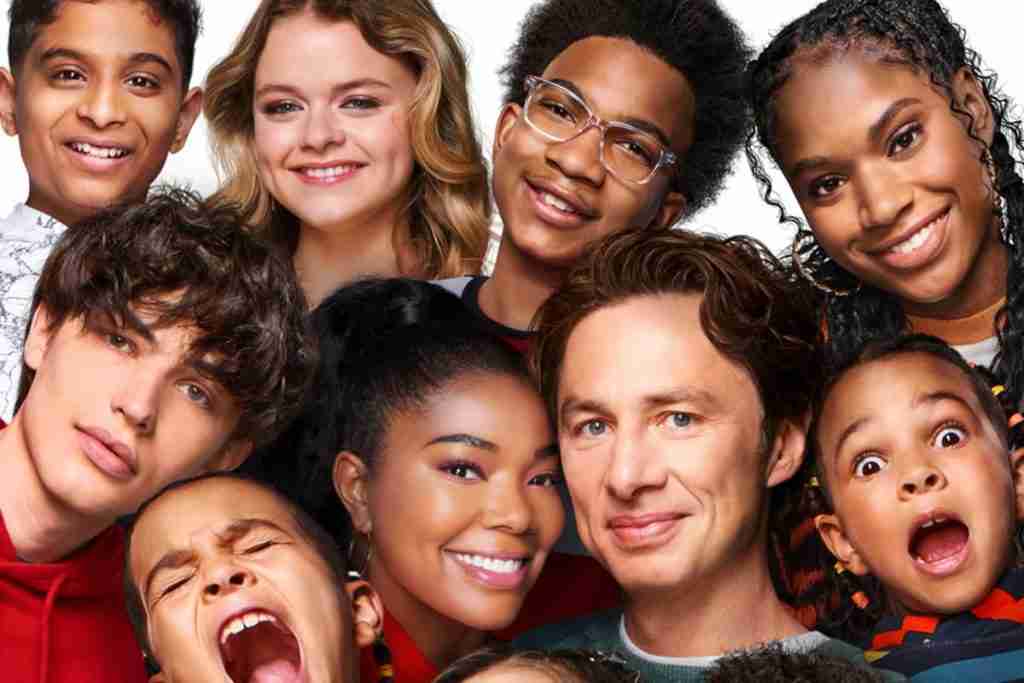 Cheaper By The Dozen 2022 has been remade and modernized and will drop on the Disney+ streaming service today, March 18th. The reboot has the same fun, family-friendly entertainment viewers can expect if they have seen the original, while also tackling some important social issues as well. However, with the reboot comes a whole new Baker family tree and it can be a bit confusing. So, let’s try to tackle the characters, cast, and more behind-the-scenes information that was learned from the press junket. Earlier this week, the talent from the film sat down with Guide For Geek Moms and some other members of the press to talk about the film. Check out all the details surrounding the Cheaper By The Dozen 2022 family tree characters, cast, and more!

Cheaper By The Dozen 2022 Family Tree

Cheaper By The Dozen 2022 comes with a lot of moving parts, which may confuse some viewers, the main thing being the family tree, particularly the origins of all of the Baker kids, because there are a bunch of them! The remake of the loved classic film consists of a blended family, adopted children, exes, and even a cousin who comes to live with the family, which may be tough to keep track of. Let’s meet the characters and give some behind-the-scenes information that was revealed during the press junket for the film.

Paul Baker, played by Zach Braff, is the king of breakfast (and sauce) and owns a restaurant where he meets divorced, single mom Zoey. Paul was previously married to Kate, with whom he had two biological children (Ella and Harley), and, due to the death of one of their close friends, they adopted the orphaned son (Haresh). Zoey was previously married to professional athlete Dom, with whom the two had two children together (Deja and DJ).

Paul’s ex-wife, Kate, played by Erika Christensen, is often present in the Bakers’ household. As Christensen puts it, “She’s just there all the time. Which I think is really, really great. It’s a different take. ” In fact, Kate babysits Paul and Zoey’s youngest children daily while the rest of the family goes off to work at the restaurant.

Zoey’s ex-husband, Dom, played by Timon Kyle Durrett, is a recently retired athlete, who was never present when the couple were together, but now that he is home after his retirement, he is ready to make up for lost time. Durrett discusses his character, “He’s this larger-than-life rich guy who has to humble himself and understand that he’s not the only man in town. I like that the film touches on a level of acceptance and humility that I think is representative of what a lot of people should get an understanding of.“ 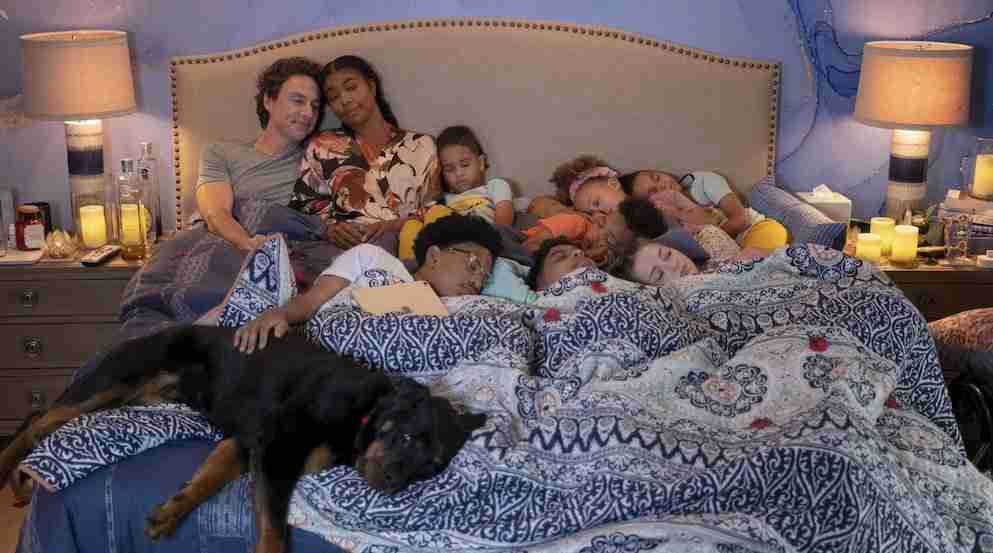 Ella and Harley Baker are the biological kids of Paul and Kate from their previous marriage. Ella is played by Kylie Rogers, and she is the social media star and influencer of the bunch. Harley, who is played by Caylee Blosenski, is in a wheelchair in the film, though the film never mentions how this occurred. Before she signed onto the movie, she was diagnosed with osteosarcoma, which led to a leg amputation. Her character, Harley, has dreams of being in a punk rock band.

Deja and DJ are the biological children of Zoey and her ex-husband, Dom. Deja is played by Jounee Brown, and she takes after her dad, being the athlete of the family. She has dreams of being a starting point guard for USC. On the other hand, DJ is more like his stepfather Paul, being the nerdy type. Andre Robinson plays DJ Baker, who has drems of being the world’s greatest LEGO designer and comic book artist.

Luca and Luca are the biological children and first set of twins of Paul and Zoey. Luca is played by Leo Abelo Perry, and is one of the twins that stays home with Kate while the older Bakers go off to work at the diner. His twin sister, Luna, played by Mykal-Michelle Harris, is the spunkier one of the twins, and together the two make for an unstoppable tennis pair.

Bailey and Bronx are the younger set of Baker twins and the biological children of Paul and Zoey. Bailey and Bronx also stay home and are watched by Kate, with Luna and Luca, while the rest of the Baker family is working at the family diner.

Seth Baker, played by Luke Prael, is the son of Paul’s sister, who viewers never meet but are told she goes into rehab and Seth comes to live with the Bakers during that time. Seth himself has gotten into some trouble in the past, so his presence in the Baker household leaves some questioning his behavior.

This blended family, including ex-spuses and extended family members, makes up the Baker brood in Cheaper By The Dozen 2022. As someone who comes from a divorced household, it is such a treat to see the exes in the film get along so well. Christensen agrees, “It makes me so happy. It just gives me so much hope to see that the kids come first. We put everything else aside and make it work and remember the things that made us love each other in the first place. And find humor in all the ways that we disagree. Just put the kids first — that’s clearly what’s happening with this dynamic. It makes perfect sense that Kate and Paul are no longer married.“