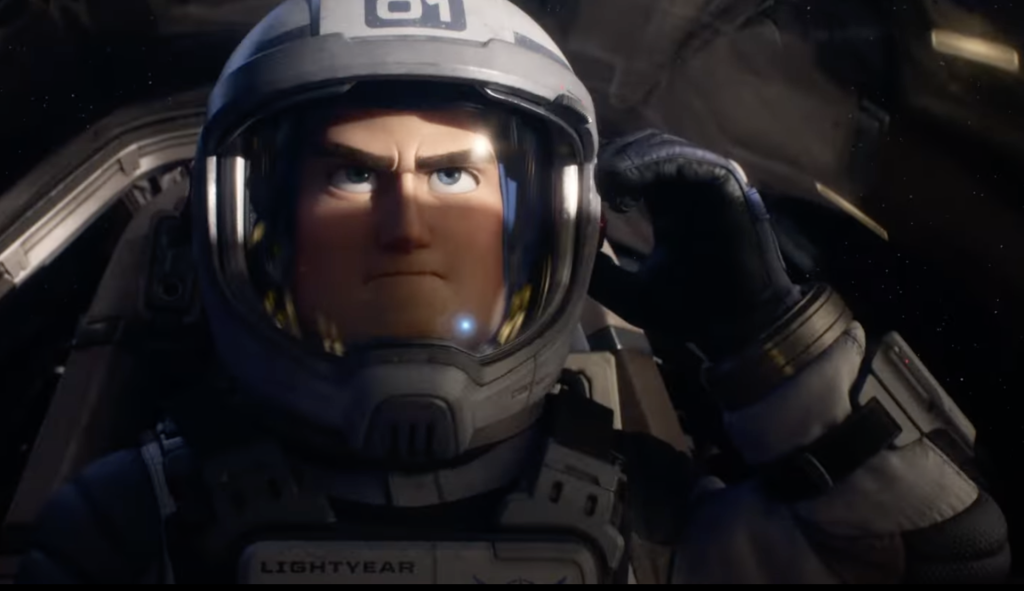 The long awaited PIXAR’s Lightyear is dropping into theaters on June 17th. The film brings back the beloved Toy Story character, Buzz Lightyear, in his own solo film. Already many fans have been discussing the film, particularly the change in cast, Chris Evans is now voicing Buzz, and even the controversal kissing scene that was removed from the film, and finally added back into the movie after the outrage. Check out all of the behind-the-scenes PIXAR Lightyear gay Kissing Scene, Chris Evans, and other early press day details!

Disney has always been a leader in standing up for social issues, especially when it comes to the LGBTQ+ community, through not only their verbal stances on issues, but also through their inclusion of these minorities in their films. So, it came as a bit of a surprise when employees at PIXAR Animation Studios released a statement that Disney executives censored what they called an “overtly gay affection” in an upcoming film. The statement did not reference any movie in particular, but at least in one case, the statement has made a difference PIXAR‘s Lightyear, which features a gay character who is in a loving relationship with another woman. While the character itself was never changed, a scene between her and her partner giving each other an innocent kiss was removed and reinstated after the statement by employees was released. Producer Galyn Susman discusses the scene in more detail, “Alicia, Buzz’s best friend, Buzz’s commander, is the heart of act one. She represents everything that Buzz doesn’t have.  Everything that Buzz gives up in his singular pursuit of fixing his mistake. So it was really important for us that we had a relationship that we showed a life, a full life well-lived. The kiss is a poignant moment within a whole montage of showing all that Buzz didn’t have by being so singularly focused. We think it’s really beautiful and hope that everybody enjoys it. The montage.“

Susman goes on to say, “We have a kiss. I saw it in the version of the film that you all saw before this Q&A. We’ve always had the lesbian couple. They’ve always been a part of the film. Being able to put back the kiss was important to us. It’s a touching moment. It helps Buzz to see the life that’s being lived in front of him by his best friend that he’s not having. He doesn’t have those kinds of relationships. He doesn’t have a child; he doesn’t have what she has. So it was important for us to get that back in there. And we’re really excited about that.” After watching the film and that particular scene for myself, I can attest that the kiss was a natural placement in the montage, and was a sweet and touching moment.

Some Toy Story fans questioned the casting change from Tim Allen, who previously voiced Buzz Lightyear in the Toy Story franchise, to Chris Evans, but the explanation makes total sense. The filmmakers wanted to differentiate Buzz from the toy. Director Angus MacLane went on to explain, “I imagined this was a movie, then later there was a spinoff cartoon. And then the Toy Story toy was made off of that cartoon design. That was the way it would be in the 80s and early 90s. There would be a big budget movie and then it would get ported to a TV show.“

The filmmakers wanted a heroic figure to voice Buzz in Lightyear, and they knew exactly who to call: Chris Evans. MacLane went on to discuss what he was looking for when casting Buzz, “I knew that the character was iconic enough that you needed someone with gravitas and seriousness. And the balance of comedy and drama for the actor was a very narrow window of actors that could do it. There was a lot of comedy and serious action stuff that we’d seen Chris Evans do, and had always exemplified. I was always impressed by his ability to not seem too goofy but be able to laugh at himself. I think that’s really essential for the character.” Chris Evans happily accepted the role. 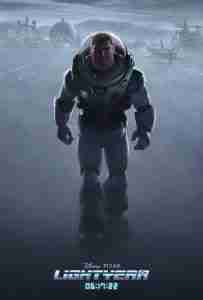 Disney and Pixar’s “Lightyear” is an all-new, original feature film that presents the definitive origin story of Buzz Lightyear (voice of Chris Evans)—the hero who inspired the toy—following the legendary Space Ranger on an intergalactic adventure. But Buzz can’t do it alone—he shares space with a dutiful robot companion cat called Sox (voice of Peter Sohn).