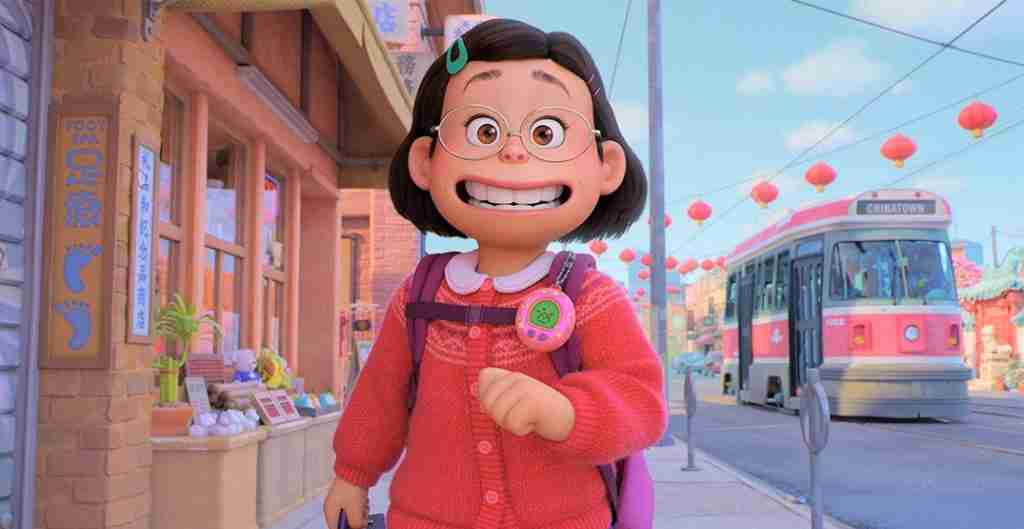 Turning Red is coming to the Disney+ streaming service this Friday, March 11th. The film is a heartwarming coming-of-age tale about teens, growing up, and dealing with puberty. This latest Pixar film is sure to bring the tears and Easter Eggs! During the press conference last week, Sandra Oh, Maitreyi Ramakrishnan, and Hyein Park discussed spotting Toronto Easter Eggs, while the filmmakers gave a few hints about other Pixar sightings in the film. Check out all the behind-the-scenes information on Turning Red Easter Eggs and more.

The new Disney Pixar film, Turning Red, is set in the Canadian city of Toronto, and the mostly Canadian cast is ecstatic over it. At the film’s press conference last week, producer Lindsey Collins exclaimed, “a ton of Canadians work at Pixar, and obviously, some are on the crew.” Director Domee Shi went on to say the film is “a love letter to Tornoto” and by all of the Easter Eggs of the city that have made it into the film, all would have to agree. Images of Toronto pride are all over the film, from images of the Toronto Blue Jays to the purple basketball jerseys worn by the Toronto Raptors.

Turning Red cast and filmmakers realize the team did a ton of research on the setting and neighborhoods the film was set in. Along with the setting, the film is based in the early 2000’s, and the film keeps true to its time, as well. Maitreyi Ramakrishnan stated, “For me, it was really cool to see the good old Skydome instead of the Rogers Centre. That’s a throwback. ” And Hyein Park exclaims, “The first thing I noticed was the CN Tower.” 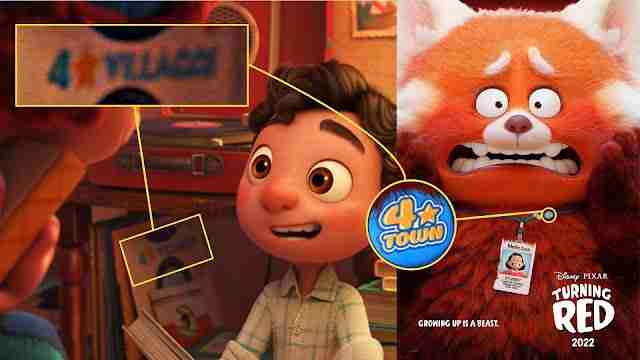 Even the boy band 4*Town featured in Turning Red is an Easter Egg in the film. After the film’s trailer was released, a fan on Twitter recognized a similarity between a logo on Mei’s lanyard and a music record in the background of Giulia’s bedroom in Luca. Come to find out, both the logo and the music record point to the boy band in the film, 4*Town.