Nope movie is Jordan Peele’s weakest film, with a sloppy plot and too many questions left unanswered. Check out the details in my parents guide movie review. 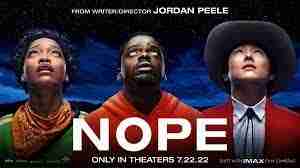 Nope movie is dropping in theaters across the nation this Friday, July 22nd. Jordan Peele, who has previously had huge success with his films Get Out and Us, wrote and directed the film. Nope has been tight-lipped with limited peaks given away in trailers, due to the mystery surrounding the plot. But did all the secrecy payoff with another win on Peele’s directorial belt? Check out the details in my parents guide movie review.

In NOPE: Caretakers at a California horse ranch encounter a mysterious force that affects human and animal behaviour.

Let’s take a look at what parents need to know before letting their kids watch Nope movie.

Mature Content: The biggest warning in the film, other than the language, is the violent content it contains. Characters are shown beaten, having their faces eaten off, injured by fallen objects, and eaten by an unknown creature. There is plenty of blood and gore in the film from characters, and even falling out of the sky. Animals are injured and killed. The characters are also shown partaking in drugs and consuming alcohol.

Nope movie is Jordan Peele’s third film that he wrote and directed, and it is perhaps his weakest. In fact, Peele seems to be taking the same route as horror icon M. Night Shyamalan, who had huge success and accolades with the blockbuster The Sixth Sense and has been steadily releasing films since that have increasingly gotten worse. It looks like Peele is taking the same path, with his movie Get Out receiving an abundance of awards and nominations, only to be followed up by the sub-par film Us, and now with Nope, which almost seems like a remake of sorts of the horror film Cloverfield.

Jordan Peele has stuck to his original formula in Nope, which is that the scariest things are those that go unseen. This formula has worked well in the past. However, in the current film, it leaves too many plot holes and unanswered questions. The biggest flaw in the film seems to be trying to fit too much into its 133 minute runtime, with many interesting storylines that are pieced together throughout the film but never seem to come to fruition. At this length, and in what seems to be a deliberate move by Peele, the movie just seems over-run with multiple subplots, leaving viewers in a puddle of confusion. Sure, Peele is the master at having an audience leave the theater with a tinge of confusion, but not in a state of “what the hell just happened?”

Nope is not totally flawed. Peele makes excellent use of the glorious, rustic landscapes, filled with wide open spaces and rolling mountains. Much of the film has characters staring up into the sky or staring off into a stunning horizon, so beautifully shot that audiences will submerge themselves into the rough terrain. Along with the magnificent visuals, the storylines are interesting, particularly a subplot surrounding a chimpanzee (I don’t want to give too much away). However, many of these storylines are presented with little background and left open-ended, which may disappoint many viewers.

As far as the casting in Nope, Peele goes with his tried-and-true lead, Daniel Kaluuya (playing OJ), who once again gives a solid performance in the film. Steven Yeun (The Walking Dead) plays Ricky, who is a former child star and rival horse ranch owner. Yeun’s storyline is quite intriguing, so much so, that this author was let down over the decision to not delve into his story even more. The entire cast did a superb job in their respective roles. However, the standout performance was given by Keke Palmer, who plays OJ’s sister Emerald. Palmer brings much of the comic relief to the film, and the chemistry with not only Kaluuya, but the rest of the cast she interacts with onscreen is phenomenal.

Jordan Peele’s grand ambitions for Nope may have been his downfall. For a horror film, the movie produces very few scares and at times feels too much like a comedy. I rarely experienced thrills or anticipation, and when I did, there wasn’t any big payoff either. Even the ending was a letdown after all the building towards the inevitable showdown. The best thing I could say is that maybe I am missing something or just didn’t get what Peele was trying to achieve with this film, but I have a feeling many more will feel the same as I do after viewing Nope. 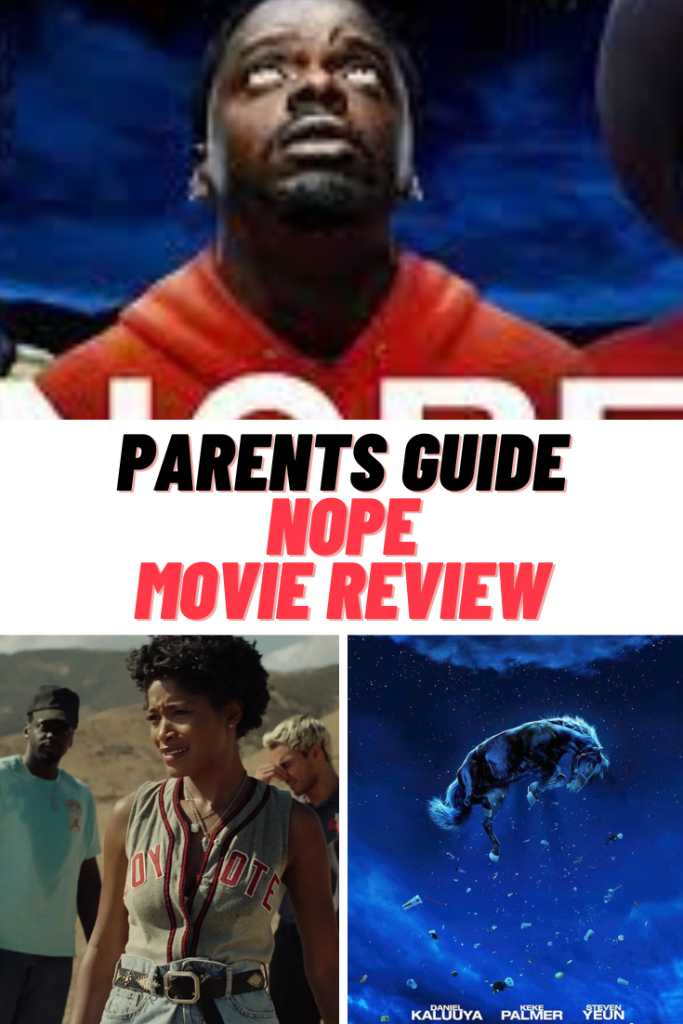