Vengeance is a clever film, with political undertones that feel totally relatable to our current political climate. Check out the details in my parents guide movie review. 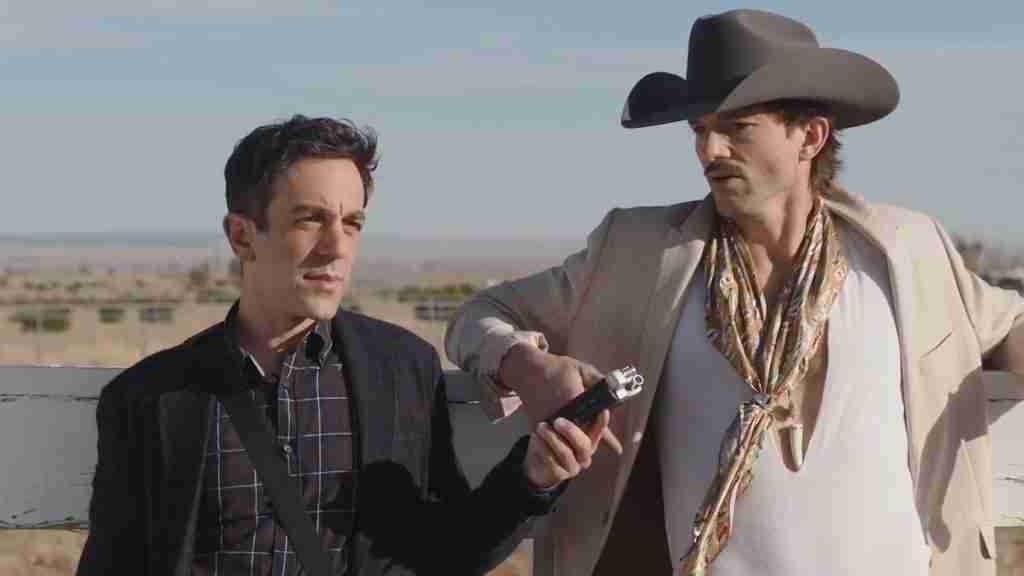 Vengeance movie is dropping in theaters tomorrow, July 29th. This new dark comedy marks the directorial debut of B.J. Novak (The Office) who plays Ben, a journalist who decides to make a podcast about the death of his casual hookup, who overdosed in rural Texas. The film not only pokes fun at podcasts but also many aspects of the country’s current political climate. Check out all the details in my parents guide movie review.

In Vengeance, Ben Manalowitz (B.J. Novak) is an aspiring New York podcaster in search of a story. When the body of a woman he had been hooking up with is discovered in a West Texas oil field, he stumbles onto exactly the sort of true-crime tale that could make his career. Launching an investigation into her death in collaboration with high-powered producer Eloise (Issa Rae), the confident Ben finds himself in over his head attempting to navigate a wildly unfamiliar culture. As he grows unexpectedly close to the young woman’s eccentric family and encounters figures like the enigmatic music producer Quentin Sellers (Ashton Kutcher), he’s forced to confront his own shortcomings and preconceptions. At the same time, he’s drawn into an ill-considered plot to avenge the crime.

Let’s take a look at what parents need to know before letting their kids watch Vengeance.

Mature Content: The film contains adult themes that surround the death of a girl who was presumed to have died of a drug overdose. The biggest warning, other than language, in the film is the violent content it contains. There is one particular scene which shows a murder, a bullet to the head, as well as dead bodies being dragged off. There are also many scenes where characters are shown handling a gun, and there is even a minor handling the gun wrecklessly. A car is shown exploding, causing a character to be injured. Characters are shown consuming alcohol and abusing drugs.

B.J. Novak (The Office) not only wrote and directed Vengeance, but he also stars in the film along with Issa Rae, Boyd Holbrook, Ashton Kutcher, and even John Mayer, appearing in a small role. The ensemble cast were phenomenal in the film, all having great chemistry onscreen and riffing well off each other with perfect comic timing. Kutcher, by far, had the standout performance of the film, playing Quinten Sellers, a small-town music record producer who is not short on opinions. His soothing Texan accent, accompanied by his self-prophesizing theories, are the highlights of the film and help nail down the overall political tones, which quickly morph from the cliched small town Texas tropes into a metaphor for the drug epidemic.

Vengeance includes an array of interesting characters, which adds to the comedic moments in the film, as Ben is thrown into situations outside of what he is accustomed to. A town where its residents “don’t call 911” and know the words to “Deep in the Heart of Texas” without having to Shazam the title. While Ben is a fish out of water in the rural Texan town, his culture shock is only exacerbated by the wacky characters he comes across, making a recipe for laughs. At times, some viewers may cringe at the cultural appropriation jabs the film takes, but in a twist of self-awareness, the film even begs to poke fun at its inappropriateness as well. It is a dark comedy after all, so by definition it is meant to rub some the wrong way.

However, for a film named “Vengeance,” the movie certainly lacks much of it. Some may find the twists predictable, but this movie excels in its journey, constantly leaving a bit of mystery to remind viewers of the central vengeful theme. This is Novak’s directorial debut, and while it won’t win any awards, it was a solid effort and quite an intriguing picture. Here’s hoping his next effort is as deliciously demented, if not a bit more fine tuned. 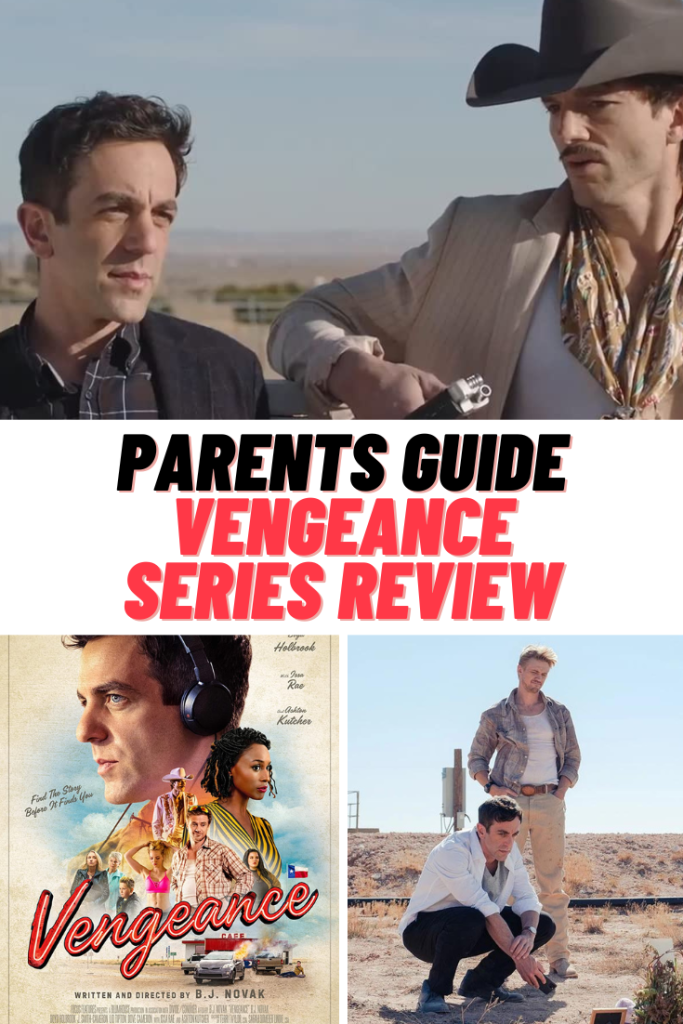