Netflix’s Wednesday is a murder mystery with dark charm and a phenomenal performance by Jenna Ortega. This one is 100% geared toward the young adult crowd. Check out the details in my parents guide review. 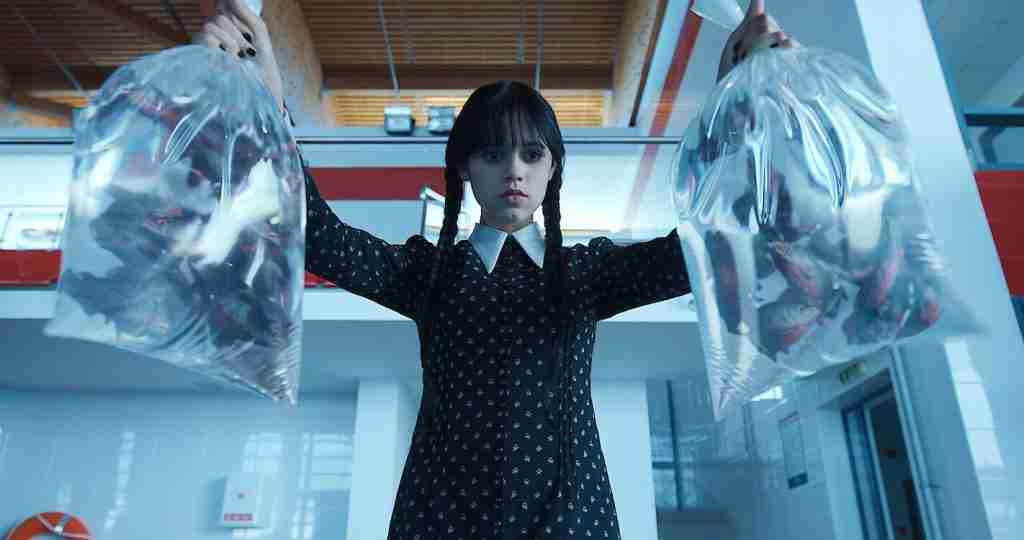 Netflix’s Wednesday drops on the streaming service tomorrow, November 23rd. The series stars Jenna Ortega as Wednesday Addams, Christina Ricci, Catherina Zeta-Jones, and Luis Guzman. It is a dark series directed by the legendary Tim Burton that is aimed at a young adult audience. Check out the details in my parents guide review.

In Netflix’s Wednesday: The series is a sleuthing, supernaturally infused mystery charting Wednesday Addams’ years as a student at Nevermore Academy. Wednesday’s attempts to master her emerging psychic ability, thwart a monstrous killing spree that has terrorized the local town, and solve the supernatural mystery that embroiled her parents 25 years ago — all while navigating her new and very tangled relationships at Nevermore. 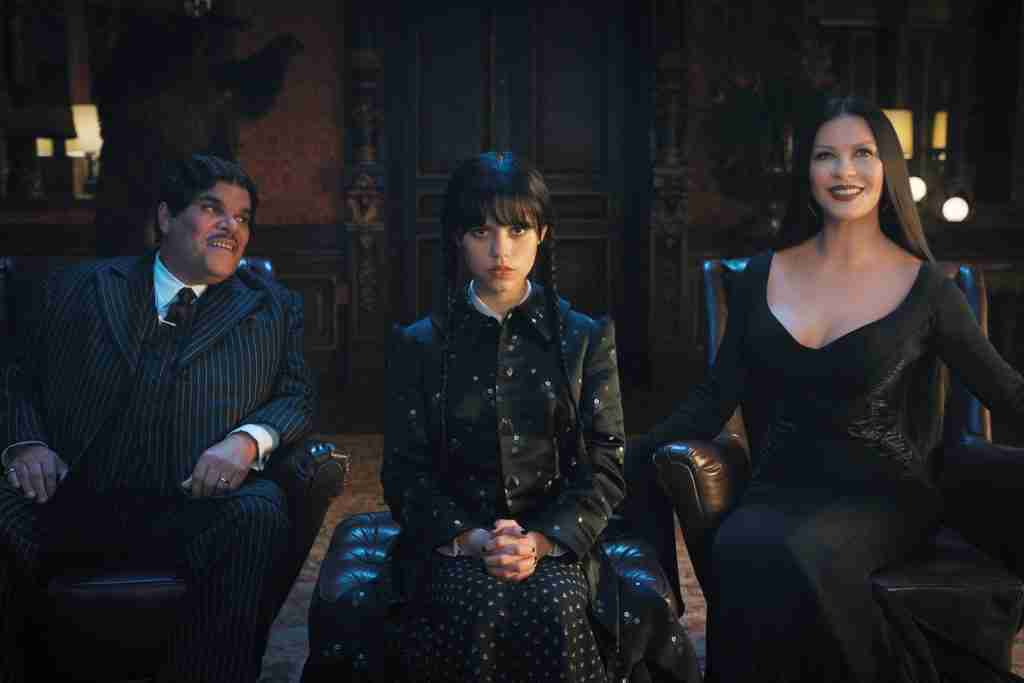 Let’s take a look at what parents need to know before letting their kids watch Netflix’s Wednesday.

Mature Content: The biggest lookout in the series is the violent content it contains. Characters are shown in hand-to-hand combat, wielding guns, swords, and blades in battle. Characters are stabbed, bloody, gory, set on fire, and murdered. There are scenes that show people being tortured, piranhas released in a swimming pool, a bloody scene replicating the film Carrie, being attacked by creatures and werewolves, and body parts from the deceased being on display. The series talks of suicide and discusses a character “blowing their brains out” with another character poisoned. This series does not hold back in showing bloody, graphic scenes.

The best thing about Netflix’s new series Wednesday is the performance given by Jenna Ortega. Ortega embodies the role of Wednesday Addams, not only having the pale-skinned, braided dark-haired “look” of the Addams progeny, but also the gloomy demeanor. In the new series, Wednesday takes on more of a role than just being the murderous teen with a dark disposition; she has branched out into more of a Nancy Drew type role as she is set on solving a mystery at her new school, Nevermore. Ortega is accompanied by a slew of talent, including Catherine Zeta-Jones, who plays Morticia, and Luis Guzman, who plays Gomez, who both simply shine onscreen. Truth be told, this author believes there has never been a more perfect role for Zeta-Jones, with her sultry look and calming yet venomous attitude. The chemistry between Zeta-Jones and Guzman is spot on, which is crucial to such roles where they are playing a couple who find it difficult to keep their hands off one another. Many have denounced Guzman as Gomez, wishing instead, I assume, for an actor to portray the character as Raul Julia did in the 90’s. This portrayal is within the limits of understanding when compared to the animated versions, however, and Guzman absolutely fits the bill. Another delight in the series is Christina Ricci, who is no newcomer to the Addams Family franchise, having played Wednesday Addams in the 1991 film The Addams Family and its 1993 sequel, Addams Family Values. This time, Ricci plays Marilyn Thornhill, a Normie teacher who loves plants and is a little more upbeat than viewers might expect. And Ricci fans will be happy to know the actress is not just a cameo in the series but contributes to a large part of the story.

Netflix’s Wednesday is directed by Tim Burton, who is a legend in his own right, especially when it comes to dark tales such as this one. Audiences will definitely recognize the Burton touch in the series, but it may come as a surprise to many just how geared this one is towards the young adult/teen crowd. The tone of the show is similar to Riverdale or The Umbrella Academy, but with a Harriet the Spy twist. It definitely stands out as new and fresh, with plenty of originality. Burton, known for his fantasy movies, now flexes his muscles with a series that is unusual, but there doesn’t appear to be a learning curve for this master auteur. The episodes are paced expertly, with eery scenes dripping in his signature style. It is dark, whimsical, and packed with a mysterious energy that keeps audiences wanting more. I have no doubt fans of all ages will flock to this series in droves, and soon any inkling anyone has about the characters not being the ones of old will be a thing of the past. The new era of Addams has begun! 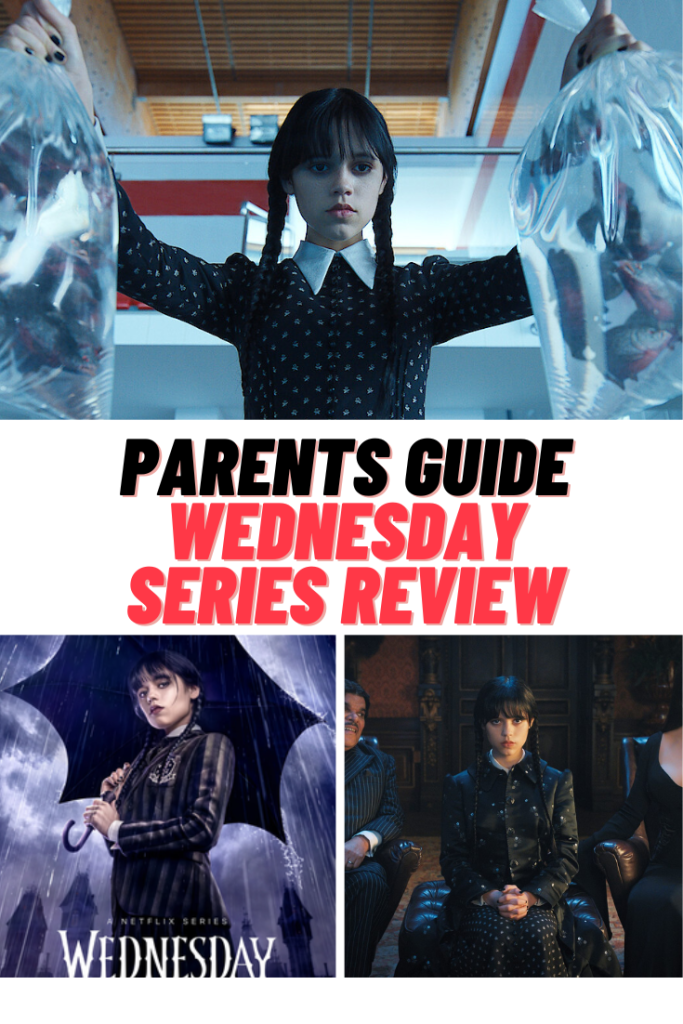