The Fabelmans is one of Spielberg’s most honest and heartfelt films, capturing art in the midst of adversity. Check out the details in my parents guide movie review. 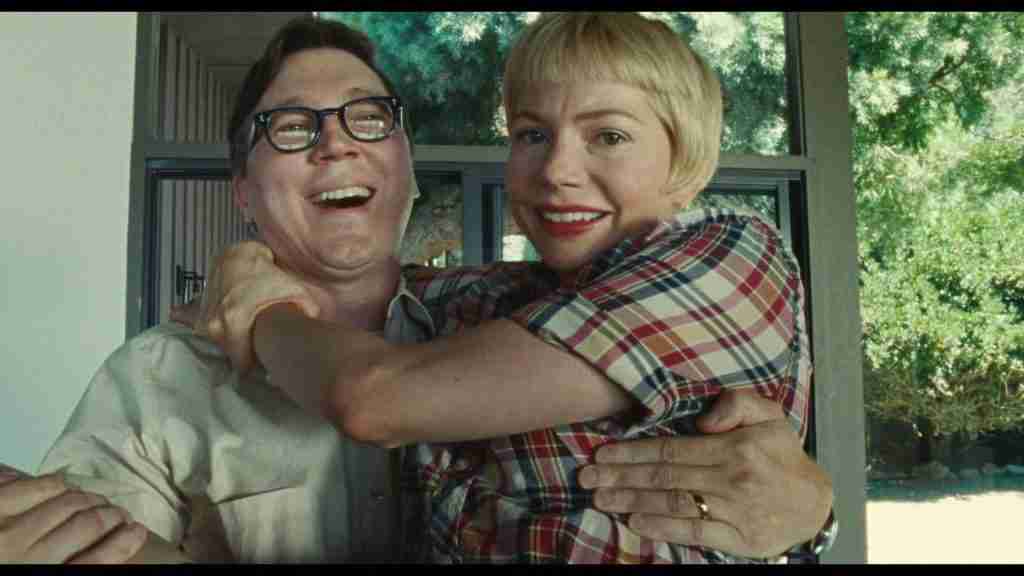 The Fabelmans drops in theaters across the nation this Wednesday, November 23rd. The film stars Gabriel LaBelle, Michelle Williams, Paul Dano, and Seth Rogan, and is a Steve Spielberg biopic of sorts that delves into his young life and the beginning of his “art” for making movies. It is poignant, heartfelt, honest, and perhaps one of Spielberg’s best works. Check out the details in my parents guide movie review.

In The Fabelmans: Young Sammy Fabelman falls in love with movies after his parents take him to see “The Greatest Show on Earth.” Armed with a camera, Sammy starts to make his own films at home, much to the delight of his supportive mother. 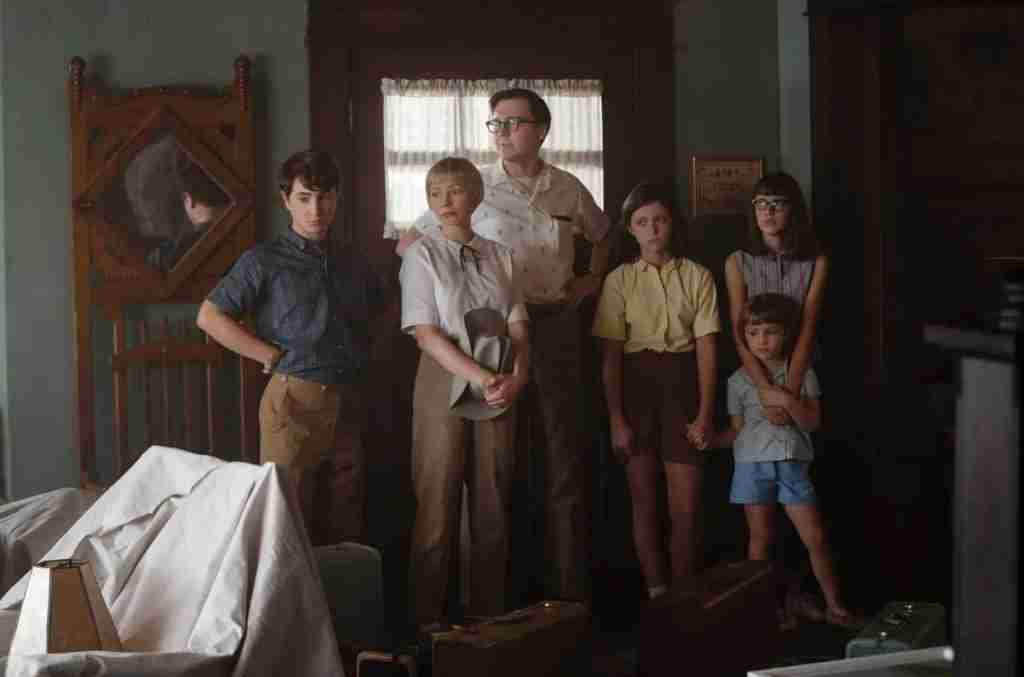 Let’s take a look at what parents need to know before letting their kids watch The Fabelmans.

Language: The Fabelmans contains strong language, with some profanity used throughout. Lookout words include: sh*t, a**, a**h*le, g-d d*mn, d*mn, cr*p, b**bies, jerk, moron, one use of “son of a b*tch,” and one use of the word “f*ck.” Phrases such as “Jesus Christ” are used, and anti-semitic terms like “k*ke” and “Jew-hole” are also used.

Mature Content: The film contains numerous anti-Semitic derogatory terms and bullying. There are scenes in which a teen is punched in the face and gets bloody, and there is a graphic scene of a parent dying, which may be triggering to some viewers. A character, who is a parent, is shown being wreckless with their children, even attempting to drive them into a tornado. There is also a big theme revolving around adultery and divorce. Characters are shown smoking cigarettes, drinking alcoholic beverages, and partaking in the consumption of marijuana.

The Fabelmans is Steven Spielberg’s most personal story, and probably his best. The man who has gifted the world with phenomenal films such as E.T., Indiana Jones, and Jurassic Park was motivated by the pandemic to now tell this story, one of his own family and legacy, a heartfelt and honest take on his early life and discovering his art. Not only does he deliver a biopic of sorts and share some of the most significant moments in his early life, but he also uses the platform to share his Jewish culture and experiences. In a time of much anti-Semitic hate speech, such as Kanye recently tweeting he was going “death con 3 on Jews,” it is almost as if Spielberg foresaw the rise of hate and combated it by sharing the positive side of growing up in a Jewish family. However, not all was sunshine and rainbows, as he also recounts the bullying and anti-Semitic terms that were thrown his way. There is even a funny and clever sequence in which he begins dating a Christian girl who would pull him down on his knees to pray and exclaim, “Jesus is sexy.“

The Fabelmans excel with their talented ensemble cast of actors, including Gabriel LaBelle, who plays Sammy Fabelman; Michelle Williams, as Sammy’s mother Mitzi; Paul Dano, as Sammy’s father Burt; and Seth Rogen, as Burt’s best friend Bennie. There is even an appearance by Judd Hirsch, who plays Mitzi’s Uncle Boris, that will simply delight viewers with his over-the-top performance of the eccentric character who steals every scene he graces. The entire cast delivers strong, genuine, and believable performances, particularly Williams as Mitzi, matriarch of the household during a time in which women devoted their lives to caring for their children and husbands. Instead, Mitzi, a classical pianist, defied traditional female roles by being a free-spirited being who inspired her son to achieve greatness in his art, something she feels she missed out on in her own musical career. Williams does a brilliant job of tapping into those many layers of emotions that eventually led their family into a dark period in their lives.

The Fabelmans is lengthy, running at 2 hours and 30 minutes, but the film kept a constant pace and indulged viewers throughout, so there was never a dull moment. While the film is semi-autobiographical, the audience is never quite sure what is true to life and what has been changed aside from the obvious names and the knowledge that Spielberg did, in fact, shoot movies on 8mm film as a teenager. Part of the magic of movies is being able to interpret them yourself. Perhaps later we will find out what was fabricated, but this story works so well in its current state that many will likely not wish to know. I can sense a few acting nods for this film will be on the near horizon, as well as some technical ones. Personally, I expected this film to be a little dull, but I was pleasantly surprised. We don’t get all the answers we are looking for by the end, but it was an enjoyable ride nonetheless. 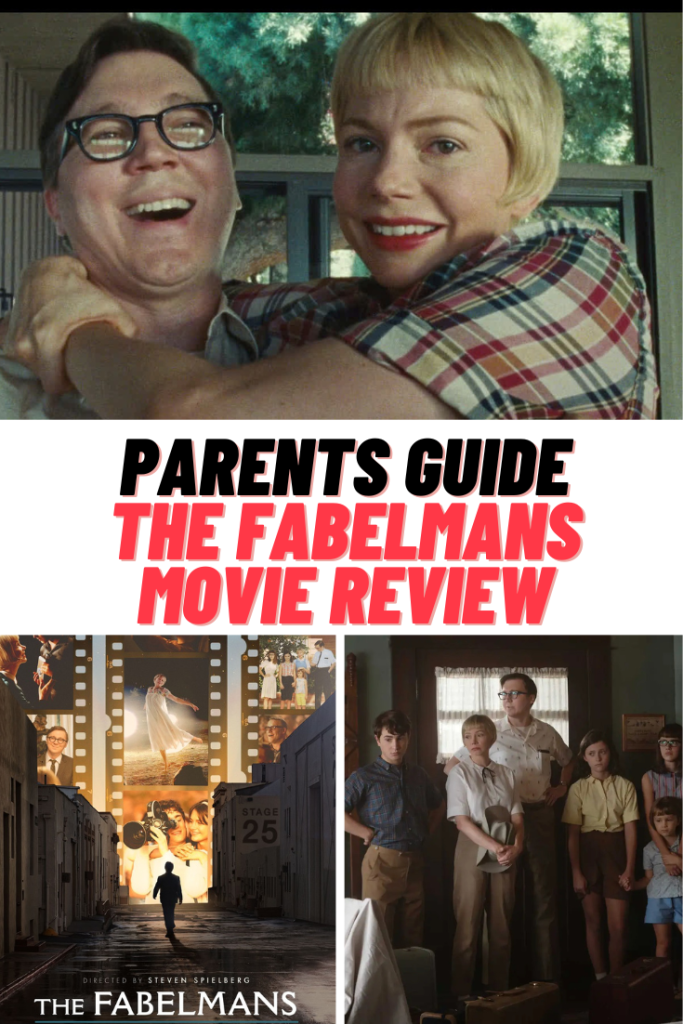