Avatar 2 The Way Of Water is another James Cameron masterpiece, where he creates these illustrious worlds and delivers such beauty that viewers find themselves not wanting to leave. Check out the details in my parents guide movie review. 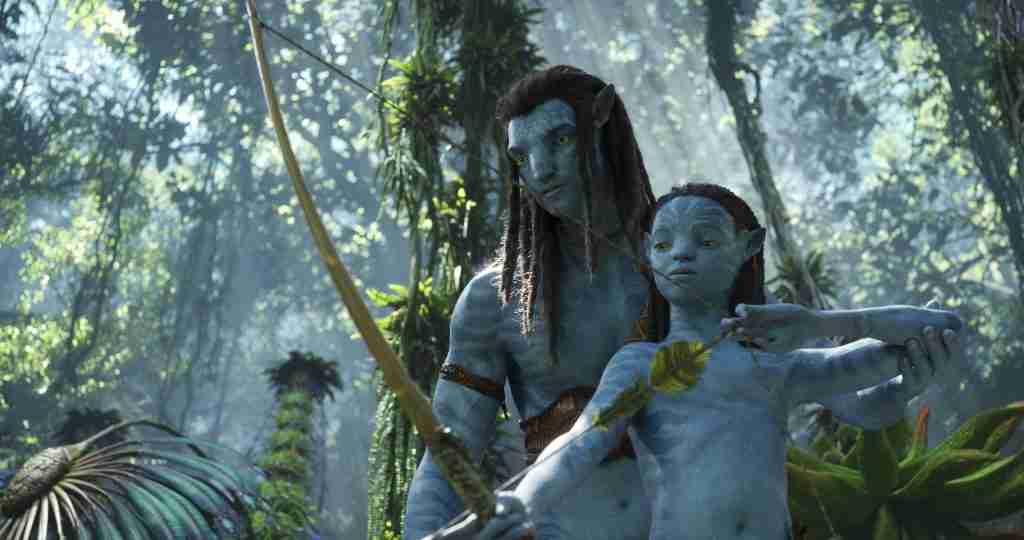 Avatar 2 The Way of Water drops in theaters this Friday, December 16th. This long-awaited sequel to James Cameron’s 2009 film, Avatar, brings back Jake Sully (Sam Worthington) and his mate, Neytiri (Zoe Saldana), as they now have made Pandora their home and started a family of their own, including 4 children. It seems like the indigenous Na’vi clans cannot escape the “Sky People,” who have tried to deplete Pandora of her precious resources. Check out all the details in this parents guide movie review.

Avatar 2 The Way Of The Water Quotes

In Avatar 2 The Way of Water: Jake Sully and Ney’tiri have formed a family and are doing everything to stay together. However, they must leave their home and explore the regions of Pandora. When an ancient threat resurfaces, Jake must fight a difficult war against the humans. 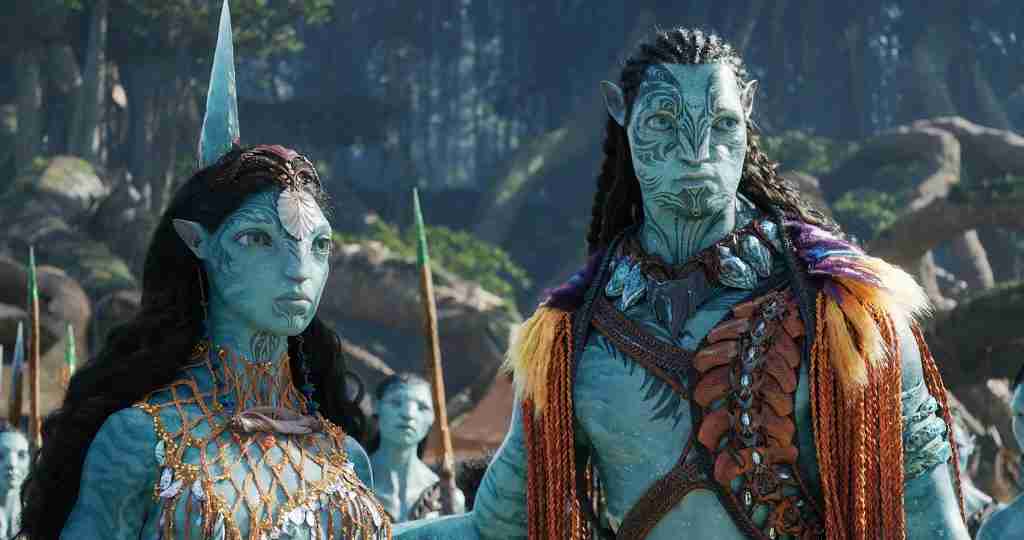 Let’s take a look at what parents need to know before letting their kids watch Avatar 2 The Way of Water.

Language: Avatar 2 The Way of Water contains some strong language, with profanity used throughout. Lookout words include: sh*t, b*tch, b*st*rd, a**, a**h*le, d*mn, h*ll, and one use of the word “f*ck.”

Mature Content: Other than the language, the biggest concern for parents in the film is the violence it contains. Characters are shown being killed in hand-to-hand combat, wielding weapons such as guns, swords, bows & arrows, and spears. There are explosions, villages being burned to the ground, and a lot of violence towards children, who are shown being kidnapped, tied up, and tortured. There are some very disturbing scenes that show animal cruelty and animals being slaughtered, and in one particular scene, a character dies and his parents are shown mourning his death.

Avatar 2 The Way of Water is the long awaited first sequel of several that James Cameron has planned for many years. Thirteen years after Avatar exploded on the scene and amazed audiences worldwide to the tune of 2.9 billion dollars, and claiming the title of highest grossing movie of all time, Cameron attempts to one up the original as best he can. The original film spent well over a decade in development, partly because the technology to support his vision wasn’t yet developed. It made use of state of the art motion capture and was released extensively in various new 3D formats worldwide. Many other films followed suit and 3D movies became a thing again for a good while, because the new technology made it extremely pleasing to the eye. That is what Avatar is if nothing else, eye candy at the utmost pinnacle of technological acheivement. Many critics of the original film lambasted the story as unoriginal and flat, and one could easily see the similarities to films like Dances with Wolves and Pocahontas, but in reality, one could also draw parallels for practically any given movie to something else. Even if Cameron took inspiration from other great films to make Avatar, audiences have spoken, and it was the biggest hit of all time financially. The question now is: Can lightning strike twice for the sequel?

If I’m being honest, I think Avatar 2 The Way of Water just might be able to serioulsy approach the net gross of the first film. Much of the original cast returns including Sam Worthington, Zoe Saldana, and Sigourney Weaver, but it also adds new talent like Edie Falco as the new general of the Sky People, and Kate Winslet as a new Na’vi character. While this one features less actual human characters than the first one it doesn’t detract from what people want to see, and that is the Na’vi in all their glory. There is no shortage of stunningly beautiful scenes in Avatar 2. From the opening scene until the last, this film is a visual thrill ride not unlike the best video game cut scenes ever created. Like the first film, Cameron had to wait for even more technology to be develeoped for this movie, and it pays off big time! I implore everyone who plans on seeing this movie to do so in 3D. Once again he has set the bar for what is capable from this technology, and it is freakishly approaching virtual reality in quality. In fact not seeing this movie in 3D is doing it a disservice, because so much time was painstakingly taken to create it for just such a viewing. I imagine it will still look awesome in 4k, but it will be a vast difference even still. Another great acheivement to add to this is that the movie was filmed at 48 frames per second, twice that of standard movies which coud freak some viewers out for the big action sequences. If you’ve ever seen at television with HFR you may think things are being sped up, but it is the way our brains are used to seeing 24fps that make it seem so.

The haters of Avatar won’t likely find much here to enjoy. It basically starts off catching you up on the events that transpired since the end of the original, and continues for three hours and ten minutes amazing your mind with insane visuals and effects, while keeping the plot thin and in the backseat the entire time. Cameron is assuming most people have seen Avatar at least once already, and understand the plot enough that this time around they can focus more on the inner workings of Na’vi culture, as well as introduce new clans of them as well. While the original Na’vi lived in a lush and beautiful forest land, the new clan we are introduced to are called the Metkayina, and they live on a group of many small islands near the vast oceans. They have subtle differences such as tails made for swimming, and are more green than blue. Even the native animals they ride are of the sea, and there is a learning curve if you aren’t Metkayina. Most of the movie takes place here as is evident from the films title, and it really helps flesh out the world that Cameron has created. Sure, a vast amount of the film almost doubles as a nature documentary, but it is so breathtaking that you don’t mind at all. Avatar is more than a mere movie, it is an experience. And much like a theme park ride, where you let go of your inhibitions and just let it wash over you, you aren’t concerned one bit about the story behind it. Plus, most people will want to see multiple times, and if they are so concerned about the plot they can brush up with multiple viewings. All nitpicking aside, Avatar 2 The Way of Water is a mavelous acheivement to a groundbreaking franchise that will wow audiences worldwide just as the original did so long ago. Run, don’t walk to a 3D theater near you as soon as you possibly can. 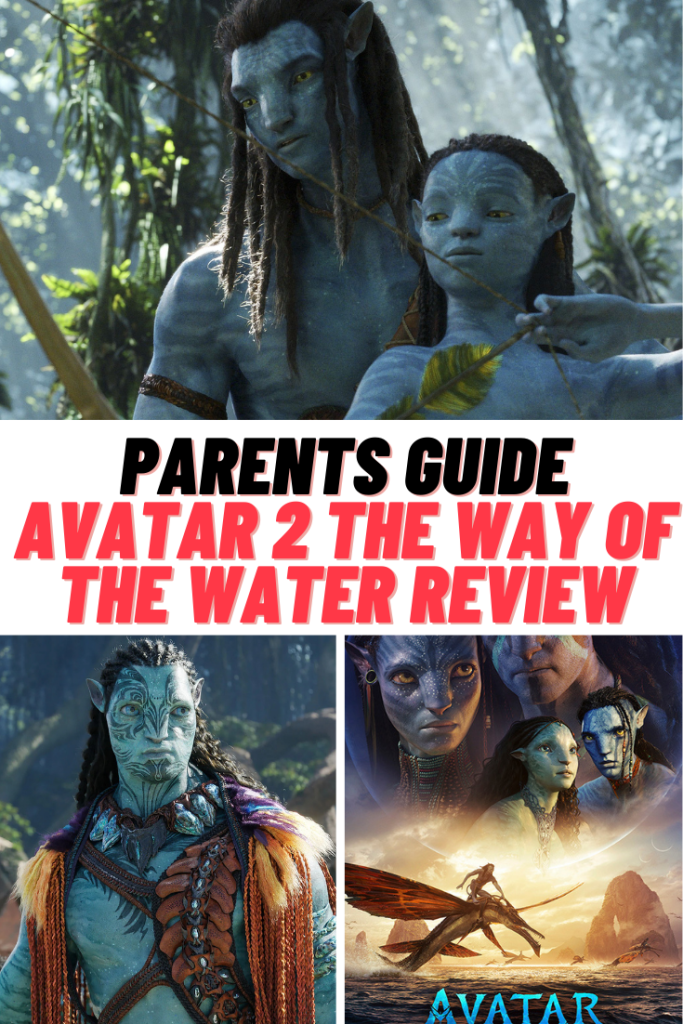