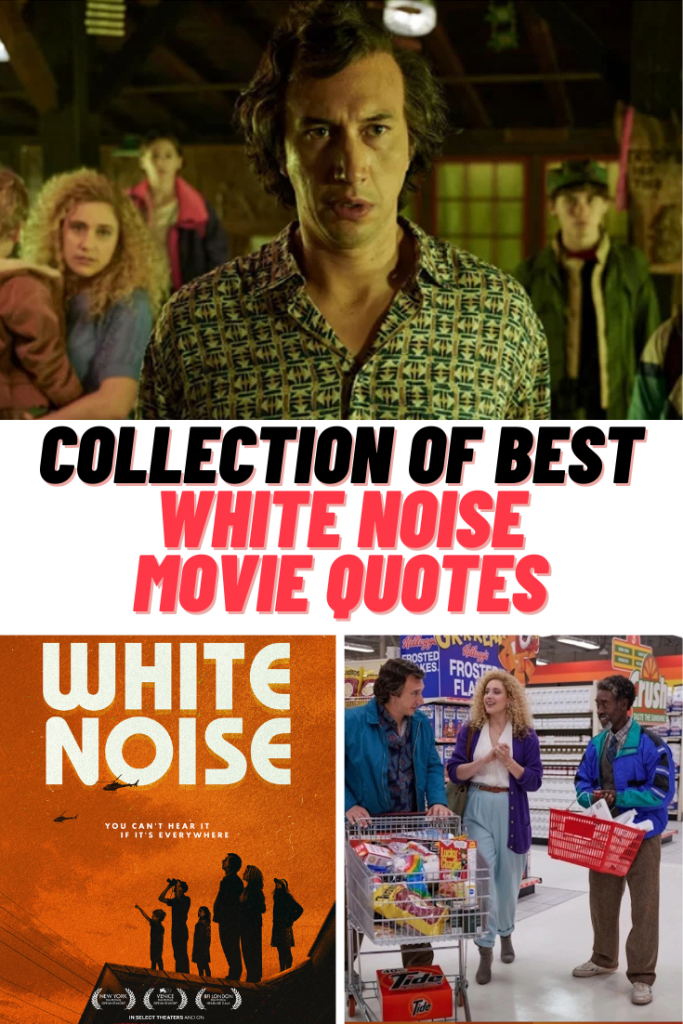 Netflix’s White Noise drops on the streaming service tomorrow, December 30th. I will have a review of the movie coming soon, so make sure to stop back by to check it out. It will be linked below. In the meantime, I wanted to share a list of some of the best quotes from the film. Check out these 60+ of the best and strangest White Noise movie quotes.

Don’t think of a car crash in a movie as a violent act.

These are the days of secular optimism. Of self-celebration.

Let’s enjoy these aimless days while we can.

They’ve grown comfortable with their money. They genuinely believe they’re entitled to it.

What’s best for me is to please you.

Life would feel unbearably sad and lonely without you.

Who’s up there? Who are you?

All plots move deathward. This is the nature of plots.

Family is the cradle of the world’s misinformation.

It’s because facts threaten our happiness and security.

These are the days I want to remember.

Whatever relaxes you is dangerous.

California invented the concept of lifestyle. 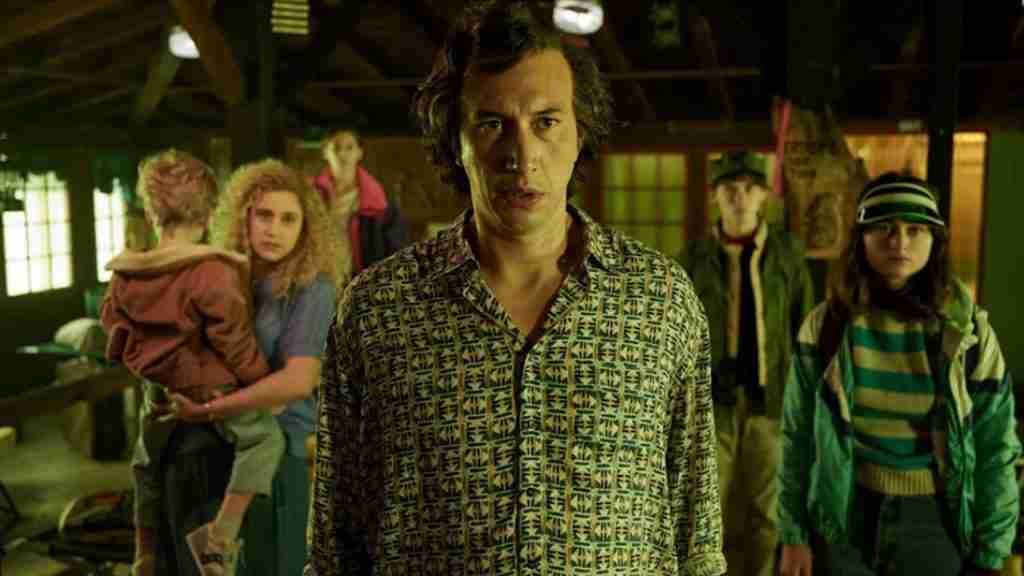 May the days be endless. Let the seasons drift. Do not advance the action according to a plan.

These things happen to people who live in exposed areas. Society is set up, I mean sadly, in such a way that it’s the poor and uneducated who suffer the main impact of natural and man-made disasters.

He probably doesn’t think it’s worth his while to be funny and charming in front of his parents.

You are saying when I got out the car, the cloud may have been close enough to rain all over me?

The only thing that she was exposed to is good luck.

To outlive this substance, I have to make it into my 70s?

All white people have a favorite Elvis song.

Maybe when we die, the first thing we will say is, “I know this feeling. I was here before.”

There are two kinds of people in the world: killers and diers. Most of us are diers. We don’t have the disposition, the rage, what it takes to be a killer. But think how exciting it is, in theory, to kill a person.

Maybe violence is a form of birth. And maybe you can kill death.

The greater the scientific advance, the more scared I get.

We’re like lepers in medieval times. Everything we loved and worked for is under serious threat.

It’s comforting to know the supermarket hasn’t changed from the toxic event.

Everything is fine and will continue being fine as long as the supermarket doesn’t slip.

To be so enormous and then to die.

What if death is nothing but a sound? You hear it forever. Sound, all around.

Forget toxic clouds. It’s the electrical and magnetic fields. Industry would collapse if the true results of any of these investigations were released.

You would describe as tablet as small and white and expect a doctor to respond at home, after 10:00 at night. Why not tell me it is round? This is crucial to our case.

You’re brilliant; everyone says so. 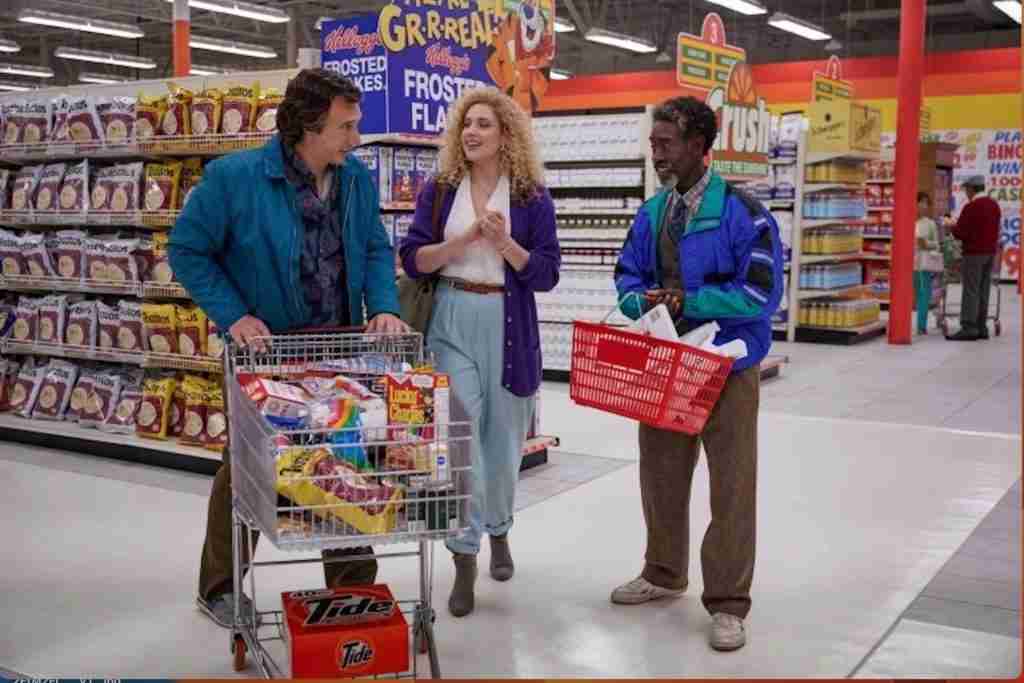 If you don’t tell me what I need to know, I’ll release your little girl.

Just let me tell it in my own way.

The whole point of Babbett is that she speaks to me, she reveals and confides.

This is not a story about your disappointment in my silence. The theme of this story is my pain and my attempts to end it.

I was so ashamed I wore a ski mask to cover my face.

I did what I had to do. I was remote. I was outside of myself.

You’ve taken me this far, put me through this much. I have to know, what’s the condition?

I’m afraid of my death.

I’m the one in this family who is obsessed with death. I’ve always been the one.

We all know about men and their insane jealous rage.

I’ve been around. I’m the chick and the cheese.

I want to live.

To enter a room is to agree on a certain kind of behavior.

Death without fear is an everyday thing.

You’re very white, you know that?

I’m a former dier who is now a killer.

Do you want to know what I believe or what I pretend to believe?

The two things that I want most in the world is for you to not die first, and for Wilder to stay the way he is forever.

There is just no end to surprise. I feel sad for us and the queer part we play in our own disasters.

But out of some persistent sense of large-scale ruin, we keep inventing hope.

And this is where we wait. Together.