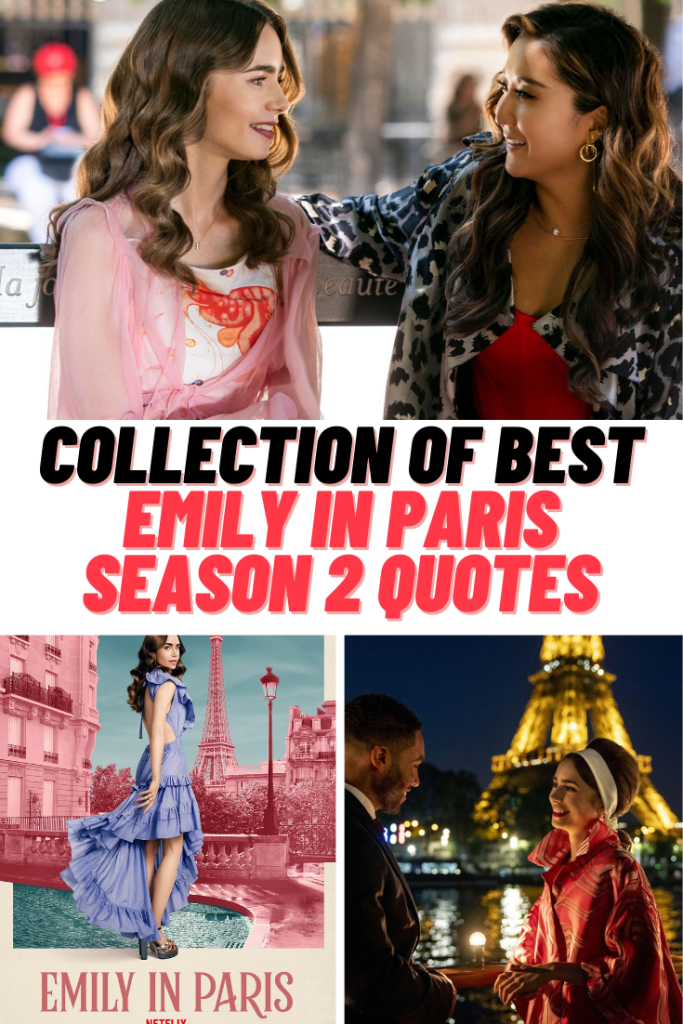 This is the hardest decision I’ve ever had to make.

You just moved in, and you’re already his boulangerie b*tch.

It’s still McDonald’s, but it’s adapted to the French culture.

I didn’t want you to make a McMistake before sampling the product.

No time to pack during a coup, huh?

Try not to disappoint me a third time.

The American dream turned into the French nightmare.

Jackson’s on a nursig strike. So French.

You know what someone said to me recently when I was in a tough spot? Push, even when it hurts.

French is the language of diplomacy.

Me and an American company, it’s like you and that dress. It just doesn’t fit.

I’ll give it to Paris. Even when you have a bad day, the city is looking great.

This is the only thing I have left that is not encrusted in baby vomit.

Every “bonjour” they say is so loaded.

Are those trauma bangs too?

I can’t do my zoom in here; it’s like working in a hot pocket.

It’s funny how you become the things you hate.

Somehow, I think you always get what you want.

I keep busy to keep from going insane. 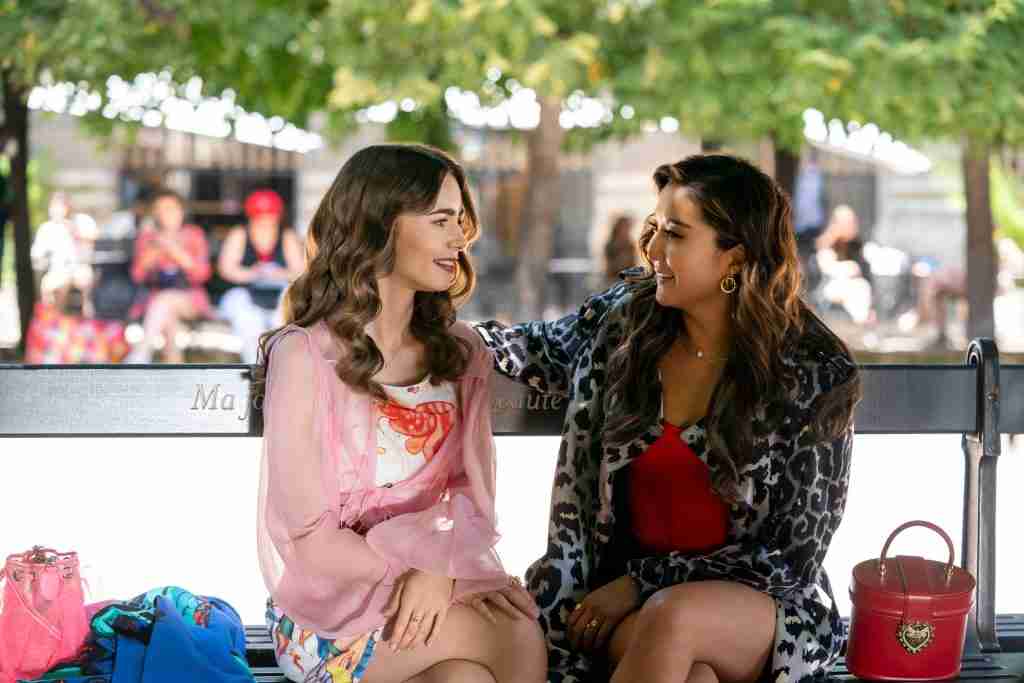 I think the universe is trying to send me a message.

That’s the thing about your generation, Emily—not a shred of mystery. The whole world knows where you are all the time.

I guess those endless selfies are finally paying off.

I think you are just fine being you.

I think you have the answer to your Visa problem right there.

The closest I’ve been to Australia is Outback Steak House.

The one down-side to being a rebel is that your parents shut you out.

It’s nice to talk to someone you don’t have to explain yourself to.

I’m not much of a city person, but Paris is really magical.

I live here, and I never get over how beautiful it is.

So I am not one of the faces changing Paris.

You are supposed to promote this company, not yourself and your chef.

I wouldn’t be where I am today if it wasn’t for number one.

I can’t change my past. If you’re always going to resent me for it, maybe we don’t have a future.

He likes to spend it and not worry about it. So I spend all of my time worrying about it.

I’ve never seen you this excited, and it’s over a car.

I just want to be the only man in your life.

This has a better office and way better company.

Don’t let him run over you like he did with the last CFO.

He also doesn’t think my kids will enjoy my cooking. He doesn’t know what he’s talking about.

I’ll be over here toasting to the shortest job I’ve ever had.

Thank you for explaining to me the simple law of supply and demand, Emily. Next stop, the World Bank.

As long as he’s happy and you still have a job, I’m good.

Luxury is a necessity that begins when necessity ends.

Everyone loves a story about two people trying to fight off their natural attraction to each other.

I feel like we’re walking into heaven on acid.

I think your crotch is vibrating.

He never misses a champagne toast. Especially when it’s for him.

He has no idea that we’re working for his label, but he’s not.

Only Pierre Cadault would be run over and live. In a horror movie, he’s that monster.

Fashion is a dirty business. 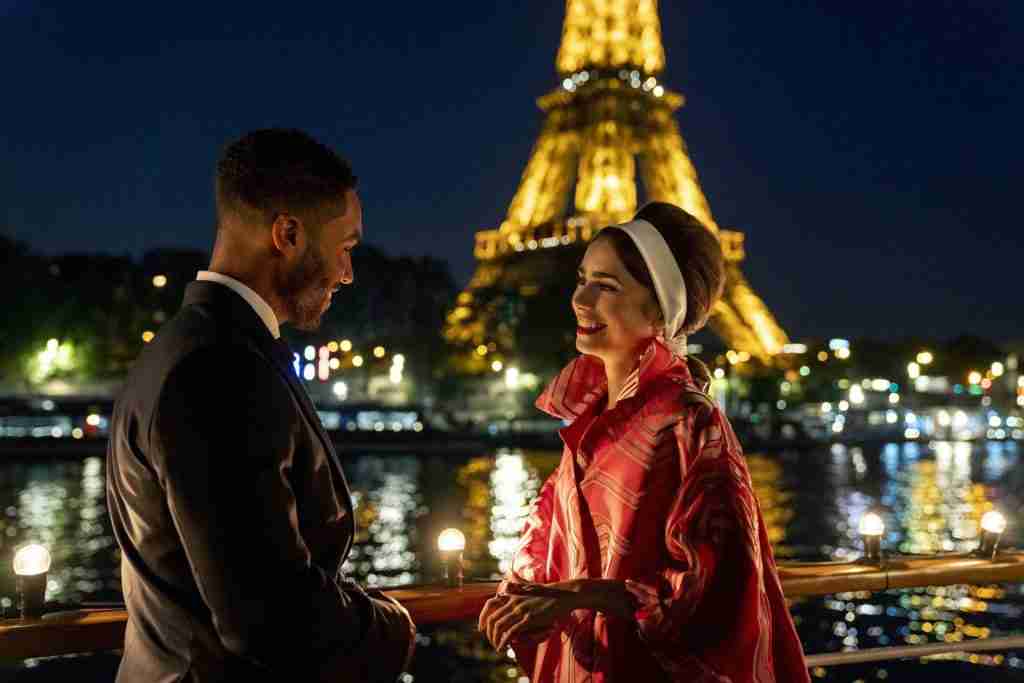 You changed my life. And I’m glad we had our moment. I felt a life-time of feelings that I felt that one night.

I love you both, and I’m going to end up with nothing.

I think Alfie better get his pretty little tush back to London.

The rumor of my death has been greatly exaggerated. The truth is, Pierre Cadault, the brand, is dead. It died the moment I sold my soul to JVMA.

I had big dreams the first time we came here. And they’ve only gotten bigger. I see my life with you.

If you’re really in love, the money doesn’t matter.

Every time I think I’m in a real relationship and I tell my family, the rug just gets pulled out from under me. And I never see it coming.

I guess the whole world is gonna know about us now.

I’m scared too, but it’s worth it.

I have always loved the idea of a skirt for men. They are so roomy. Everything can breathe.

Our secrets is what keeps us close.

Since Camille was a child, she’s always had great taste in two things: art and men.

Say nothing; just do your part, and I will keep doing mine.

You came to grey Paris and brought the sunshine for all of us.

I just don’t know what to do with all of this happiness.

The only reason we are together is because I knew you were in love with Emily. So I made a pack with her that neither of us would ever date you.

You and Emily have been in love with each other since the moment you met. I can see it in your eyes.

I knew there was something.