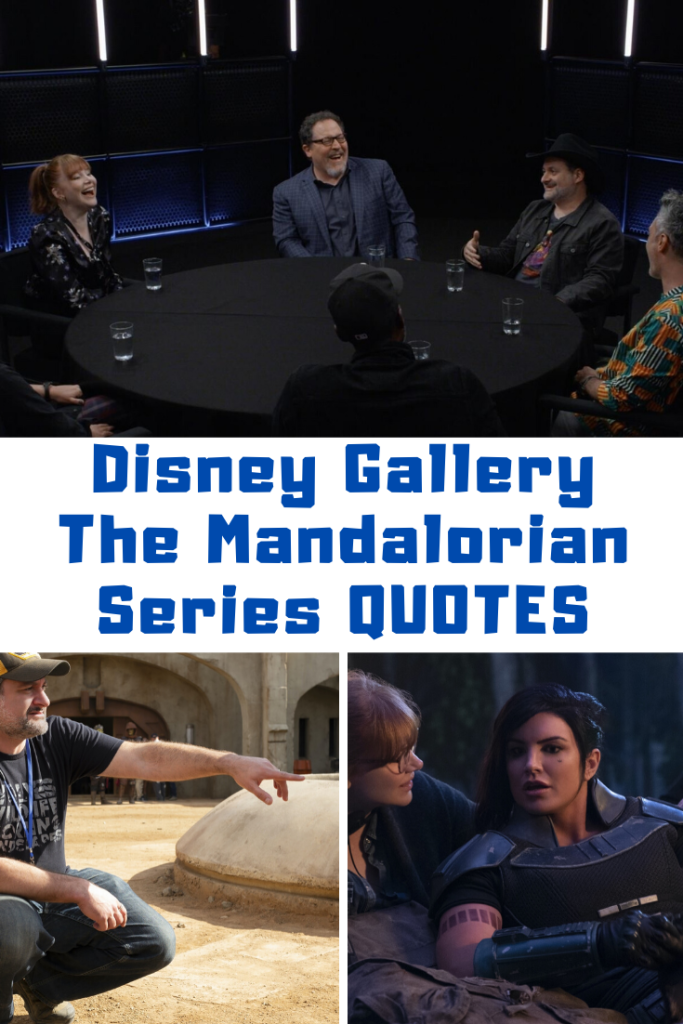 The Disney+ series, The Mandalorian is quitepossibly the best series to ever make an appearance on a streaming network.  Not only did it delight Star Wars fans everywhere but it was also the work of some great makers of the Star Wars series and movies.  In honor of May The 4th, Disney+ released a new series called Disney Gallery: The Mandalorian which gives a behinds the scenes to the making of it all.  The first episode aired, which is based on the directors, and it was awesome.  Check out the BEST Disney Gallery The Mandalorian quotes! These will be updated as each new episode airs.

As I have stated, I will be updating these Disney Gallery The Mandalorian quotes as new episodes begin to air.  Today on May The 4th, we received the new episode called “Directing”, enjoy!

Amazing what we get excited about around here. “Look a laser!” –Dave Filoni

The one thing we all have in common is we all love Star Wars. –Jon Favreau

Jon Favreau explained like we were all this dirty dozen, magnificent 7 type of crew that he wanted to put together to help tell these stories. –Rick Famuyiwa

My first job was King Of The Hill. Drawing a bunch of Texans drinking beer on a fence. –Dave Filoni

Star Wars Clone Wars was actually the biggest change for me because I had never done CG before. –Dave Filoni

You have no idea the guy I am. I am so the guy. –Dave Filoni

I can out class any nerd. I’ve been in a room with George Lucas. My cred for my opinion has just shot up. –Dave Filoni

He was cool. He was super knowledgable. He was everything you would think the creator of Star Wars was. –Dave Filoni

Dave Filoni, great collaborator, great animator, great director, story teller and writer. But also, he has a strong intuition about what George would say. –Jon Favreau

There is no Dave Filoni ego, it is just always about Star Wars and George and just the stuff that is important. –Bryce Dallas

I think with Star Wars, especially with it being the first television show, you really want to do it justice. –Deborah Chow 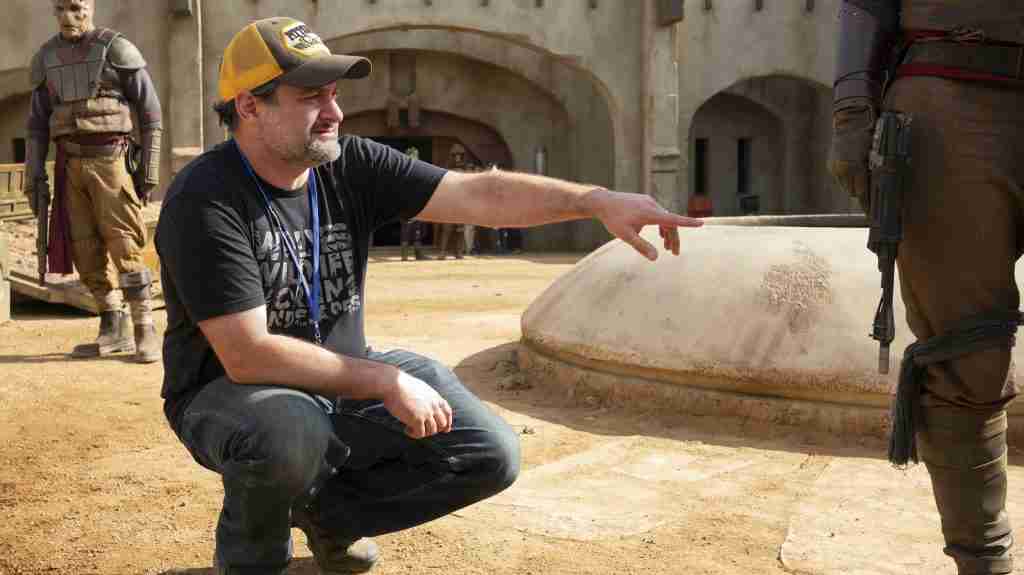 I love making these stories about misfits and folks that don’t always get the cameras pointed at them. –Rick Famuyiwa

I’m certainly squarely in that generation that Star Wars was a big part of my life. And just a big part of who I am creatively. –Rick Famuyiwa

To be here is a pretty phenominal thing. –Rick Famuyiwa

If the magic doesn’t work, then everything fails. –Bryce Dallas

She is fierce, she isn’t going to take no for an answer. –Gina Carano

Hopefully, when people watch The Mandalorian, they feel our commitment to Star Wars, to the incredible story this is. –Bryce Dallas 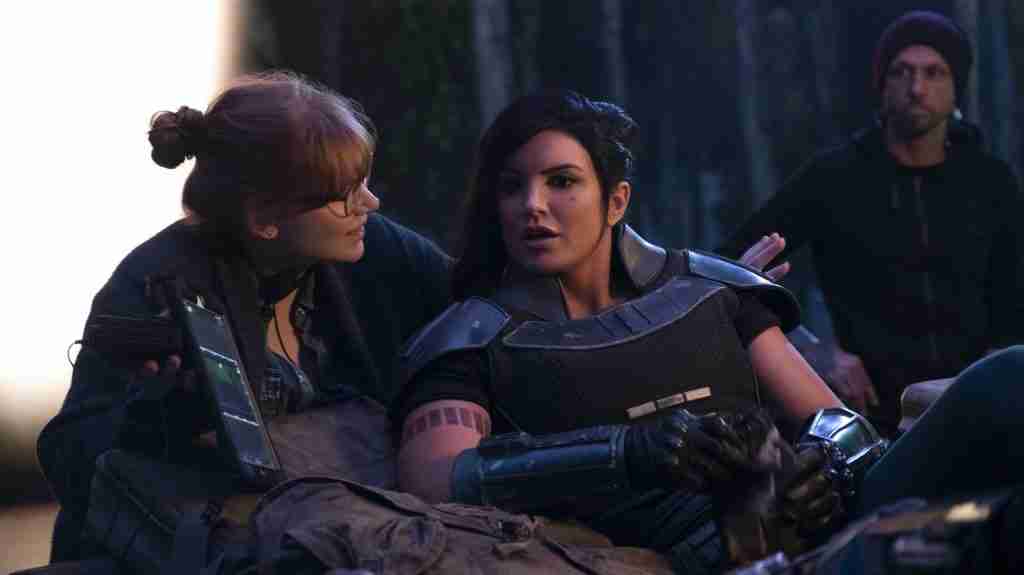 I found it very difficult hanging out with the other directors, they are very arrogant. –Taika Waititi

I found the whole production to be amateur, no one knew what they were doing. I was quite frankly embarassed to be involved. –Taika Waititi

Taika knows how to find the humor in the action. That is a lot different then making fun of the action. –Jon Favreau

I just think the key is to hire good people. –Dave Filoni

Everyone is bringing their unique perspective to this. And I think that makes this a stronger and a better story. –Dave Filoni

Someone who is creative and smart will not be afraid to jump out of the plane when the parachute comes after you. Everyone here is creatively brave. –Jon Favreau