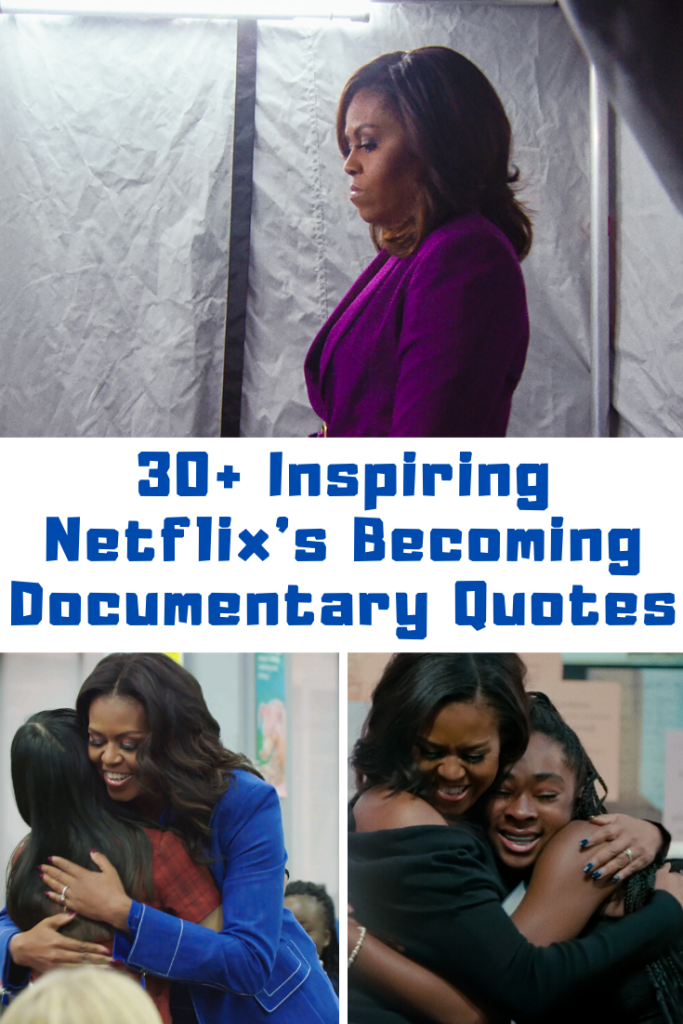 The new Michelle Obama documentary Becoming, based on her book and book tour, dropped on Netflix today.  I have to admit, this documentary brought me to tears many times while watching it, I felt inspired but also a loss for one of my favorite First Lady’s ever to not be in the White House any longer.  In true Michelle Obama form, the documentary left viewers with some iconic and inspiring quotes.  So, I put together this list of some of the BEST Netflix Becoming quotes in the documentary!

For other movie and television quotes you can also check out these posts: Dead To Me Season 2 review, Netflix Dead To Me quotes, Disney Gallery The Mandalorian quotes, Netflix Never Have I Ever quotes, Coronavirus Explained quotes, Netflix Self Made quotes.

She made us always feel like the White House was really our house.  She is your hometown girl from the south side of Chicago.

I think it was just the release of 8 years of trying to do everything perfectly.

Being the First Lady has been the greatest honor of my life.

So little of who I am happened in those 8 years.  So much more of who I was happened before.

Our dinner table was the first table I felt like I belonged.  And then you go out into the world expecting the same thing.

I never felt invisible. My parents made me always feel visible.

We can’t wait for the world to be equal to start feeling seen.

Imagine walking around with all this ability and the world telling you no.

I knew he was a tsunami coming after me and if I didn’t get my act together, I would be swept up. I didn’t want to be just an appendage to his dreams.

If I was going to have an equal voice with this very opinionated man, I had to put myself in a place where I was confident I was going to be his equal.

Counseling helped me to look at how do I take control of my own happiness within our marriage.

I took Barak to marriage counseling so that they would fix him.  Then they started looking at me and I was like, why are you talking to me?

My happiness is not dependant on him making me happy.

I don’t know if this country is ready for someone like my husband.

For the first time in my adult life, I am really proud of my country.  And not because Barak has done well but because people are really hungry for change.

I had to beg the Housekeepers, the girls had to learn to clean their rooms and make their own beds and do their own laundry, you can not do this everyday. Cause they will not live here forever and I will not raise kids that don’t know how to make a bed.

I had to become more strategic of how I presented myself because it had the potential of defining me for the rest of my life.

Lets embrace the fact that people are looking at my shoes, not just highlighting me and the clothes but who we wanted to be as an administration. Forward thinking, embracing youth.

It was hard to wake up everyday and maintain that level of perfection that was absolutely required of me and Barak as the first black President and First Lady.

Our presence in the White House was celebrated by millions of Americans but others reacted in fear.

Barak and I were living with an awareness that we ourselves were a provocation.

If we are going to get anywhere with eachother, we have to be willing to say who we are.

I am the former First Lady of the United States and also the descendant of slaves.  It is important to keep that truth right there. 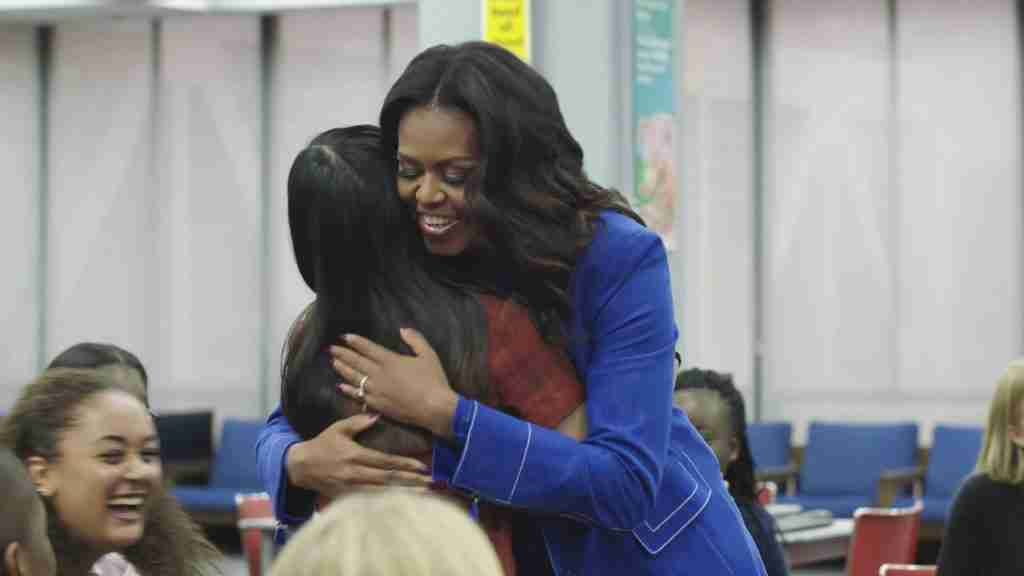 I have to have some indicator that all of this is worth it, that we are moving this country forward.

The people who didn’t vote at all, the young people, the women, that’s when you think ‘Man, people think this is a game’.

Our folks didn’t show up.  After all that work, they just couldn’t be bothered to vote at all.  That’s my trauma.

Being the First Lady has been the greatest joy of my life.

When you are the President of the United States words matter.

The future of our nation is up to the next generation.  But I know that doesn’t just happen, young people need some encouragement.

If we can open up a little more to eachother and share our stories, our real stories, that’s what breaks down barriers.  But in order to do that, you have to believe your story has value.

I remain hopeful that people want better, if not for themselves than for the next generation.