Spontaneous is a teen – romance – horror – comedy, all rolled up into one bizarre little movie package. It’s hard to imagine a film about exploding teens would result in an amazing film, but it does! Check out all the details in my parents guide. 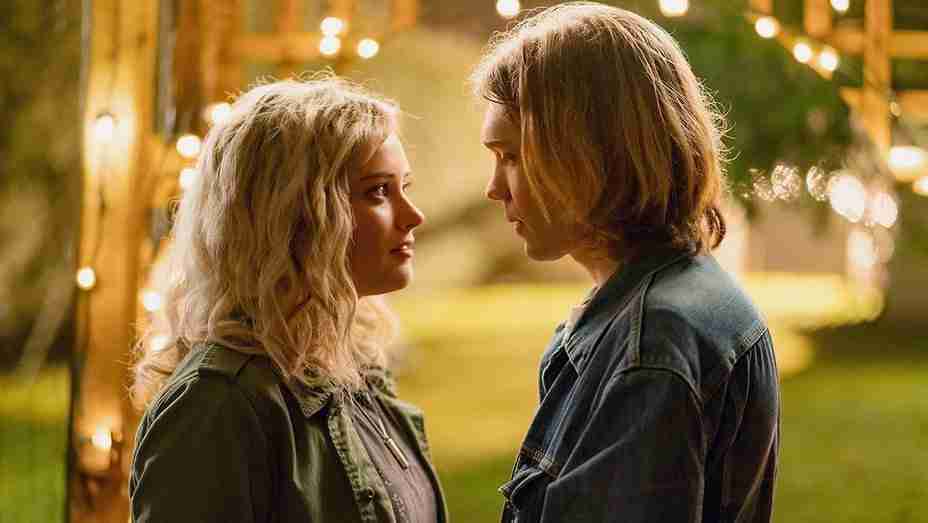 There are so many coming of age – teenage love stories out there, it makes a new one tough to stand out among the rest. It’s tough being a teen. The raging hormones. The peer pressure. And High School, ewwww High School! It ain’t easy being a teen, but add randomly exploding classmates to the teen list of problems and you have the making for a ‘Spontaneous” movie. Starring Katherine Langford and Charlie Plummer, Spontaneous movie is based off the popular YA novel by the same name and talk about some explosive fun! With it being based off a YA novel, the question arises, is this film recommended for your young adult? Check out all the details in my parents guide.

The film begins in high school with a teenage girl exploding in the middle of class.  Like literally, she explodes in the middle of class, a huge POP, blood everywhere with classmates running and screaming .  Sitting behind the exploded teen sat Mara (Katherine Langford), who aids in narrating the tale.  It seems this teen explosion is the first of many “spontaneous” incidents of exploding seniors at the high school that year and no one knows why.  Scientists and law enforcement is left puzzled, while the teens are left with the realization that their time could be up at any minute.  This realization has them looking at their life differently, living each moment to its fullest. 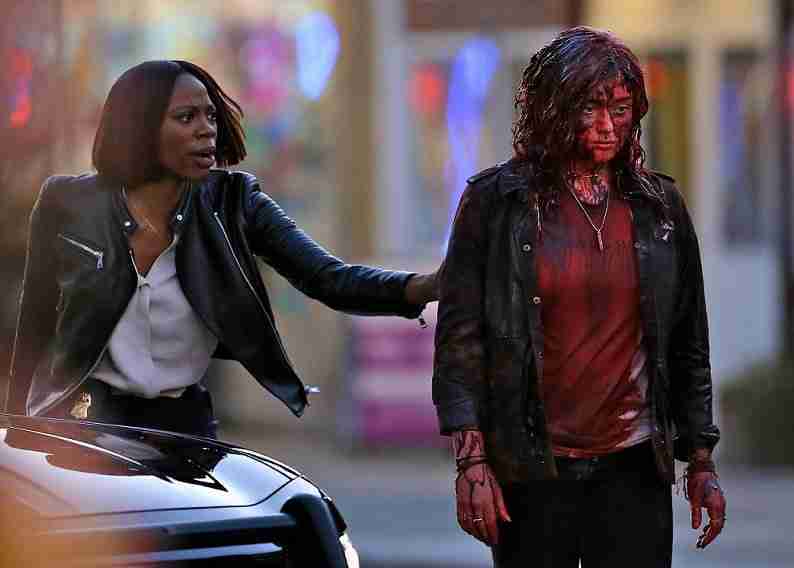 Enter Dylan (Charlie Plummer), who has had a crush on Mara since he first moved to town and saw her at school.  Dylan admits to never having the courage to approach Mara before the exploding epidemic, but now as he stares death in the face, he decides to live for today.  After a very “punny” text to Mara, the two grow close and develop a romantic relationship in the midst of all the popping teens around them.

Spontaneous is based on a novel for young adults, especially teens in later years of high school.  As you can imagine with a movie which centers around kids actually exploding, viewers will see a lot of blood, gore and violent situations.  You literally see kids exploding and blood being splattered everywhere, including walls and others in their path. As far as language, expect a lot of curse words including the F-word, S-word and D-word. While no sexual scenes are shown, it is talked about.  There is a part where Mara basically tells Dylan that she is giving “her body” to him as a gift.

There is a lot of drug use.  When kids start exploding, Mara uses drugs as a way to escape and there’s even a scene where she is tripping off mushrooms and begins to hallucinate.  Later in the movie, she also starts to drink a lot as a way to cope.

I absolutely loved Spontaneous movie!  Having seeen Katherine Langford in other roles, such as 13 Reasons Why, I knew she has the acts chops to really nail a role such as Mara. The movie is not an easy one to watch. While at times you are laughing at the silliness and ridiculousness of exploding people, you also feel heartbreak as you start to invest in characters which eventually “pop”.  I read the whole “popping” of high school students was sort of a metaphor to the students we have lost to school shootings and when I looked at it that way, it hit me hard and deeply.

By the end of the film, after the rollercoaster of emotions the movie takes you on, you are left with a sense of hope and eagerness to take on life.  Sso much of what we watch these days on the screen, we relate back to the times we are living through with Covid and being surrounded by sickness and so much death.  It feels like we are on the brink of losing a loved one (or even ourself) to a deadly virus. Spontaneous was so relatable in this aspect but it also reminds you of the importance of living life through these scary times because we never know when our time will come.

Nothing is fair but it’s a beautiful world and I am happy I get to be here. –Mara 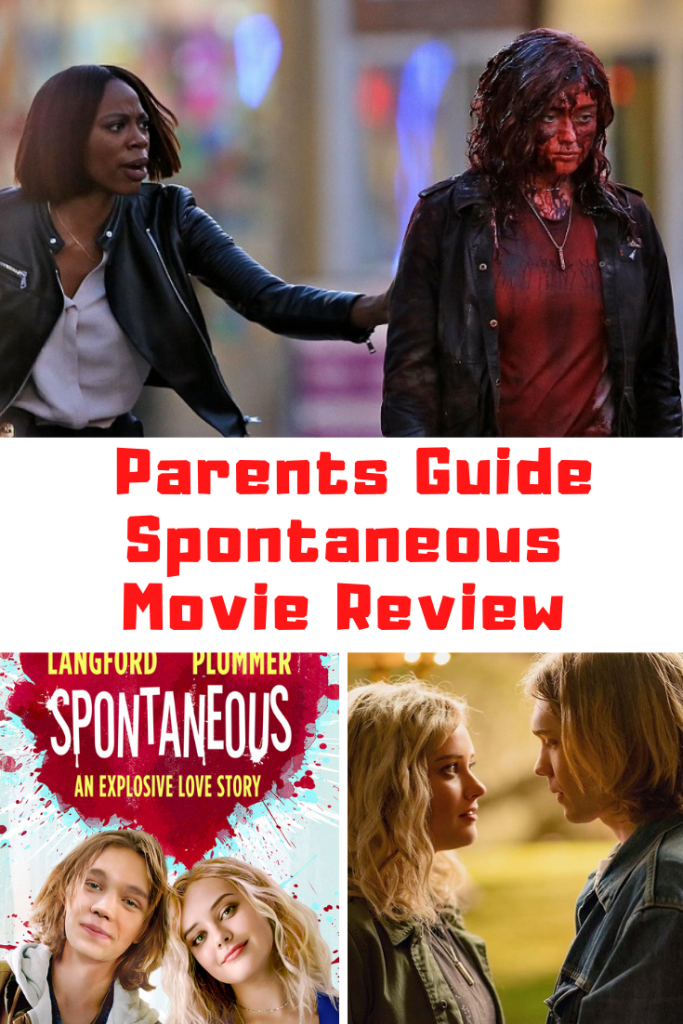