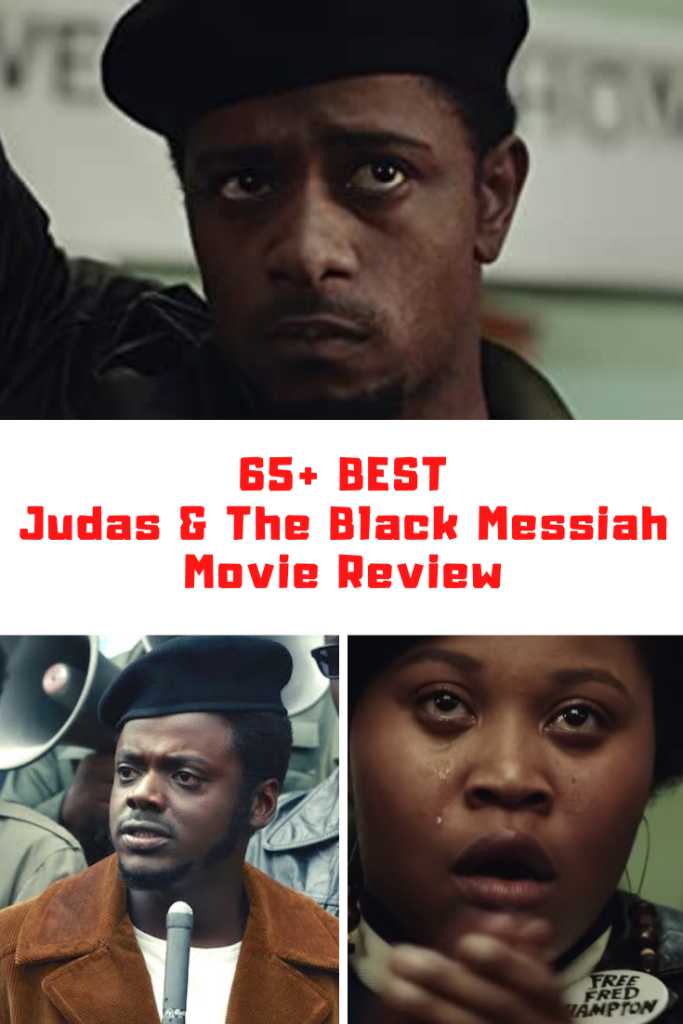 HBO Max have teamed up with Warner Brothers to release their film on the streaming service as well as in theatersand the newest film, Judas And The Black Messiah dropped this weekend! I will have a review coming soon, so make sure to check back by to check it out, it will be linked down below. In the meantime, I want to share some of the best quotes to come from the film! I love me a good line and this film had some very powerful ones! Check out this list of 65+ BEST Judas And The Black Messiah quotes from the movie!

If you enjoy these Judas And The Black Messiah quotes, then you may also like these posts: I Care A Lot movie quotes, Flora And Ulysses quotes, Netflix Behind Her Eyes quotes, Barb And Star Go To Vista Del Mar quotes, To All The Boys Always And Forever quotes, The Map Of Tiny Perfect Things quotes, Land movie quotes, Bliss movie quotes.

Judas And The Black Messiah Quotes

What would you tell your son about what you did then?

Those are not riots, those are rebellions! People are rebelling because of their conditions.

Why not just use a knife or a gun like a normal car thief?

Badge is scarier than a gun.

Reform is just the mass teaching the mass how to be better slaves.

You were up on that stage using words, so maybe next time choose them a bit more carefully.

Just so you know, you are a poet.

I don’t write speeches, Sis. I just get up on stage and speak the truth to the people.

Getting the crowds attention.

Don’t lecture me on politics.

Imagine what we could accomplish together.

At one point for me he was like a role model.

The Panthers and the Klan are one in the same. Their aim is to sow hatred and inspire terror.

You scratch my back, I’ll scratch yours. Now make yourself at home.

This n*&&& got the million dollar words, don’t he?

At least they died for the people. We should be so lucky.

What’s a rat to a big fat jungle cat?

I am a revolutionary.

Atleast they died for the people. We should be so lucky.

You can murder a freedom fighter but you can’t murder freedom.

The pigs got ahead of us.

Guess what? America’s on fire right now and until that fire is extinguished nothing else don’t mean a thing.

I used to pretend I was a Fed when I would boost cars.

I feel like he never lets folks put words in his mouth.

I did not expect you to be shy.

They might think it’s easy to throw out the white trash, but they better f*&^in’ burn it.

We pay the pigs to run us off our corner.

America is on fire right now and until that fire is extinguished, nothing else mean a g-d d*mn thing.

We here to change that. The Black Panthers, the Young Lords, and the Young Patriots are forming a rainbow coalition of oppressed brothers and sisters of every color.

No more pigs in our community.

He was accused of taking 70 something dollars worth of ice cream.

He’s at the bottom of the river with the rest of the trash.

What did I tell you? No different from the Klan. Now you see.

I will make sure you’re properly compensated.

It takes a thief to catch a thief.

The pigs keep us isolated, because they know if we get organized, it’s over for their asses.

Where some see despair, I see ground zero for the Revolution.

The last thing I want is y’all up in here with me, or worse.

You can thank the Black Panthers for the increase in police presence.

You don’t have just yourself to think about anymore.

That’s how you rebuild comrade.

What will you do when she brings home a Negro?

He did that, but that ain’t all he did. Tell them about my Jake.

It don’t seem fair that that’s his legacy.

Tell her to cherish it. All of it.

We scream and we shout and we live by this anthem.

Born pure to the blood with a heart of a Panther.

We got to do something big and we gotta do it now.

Prison is a temporary solution.

Is the party about me or is it about the people?

When people hear the name Jake Winters, they think about healin’ and loving, like he loved us.

I was part of the struggle, that is the bottom line.

At least I had a point of view. I was dedicated.

I think I’ll let history speak for me.