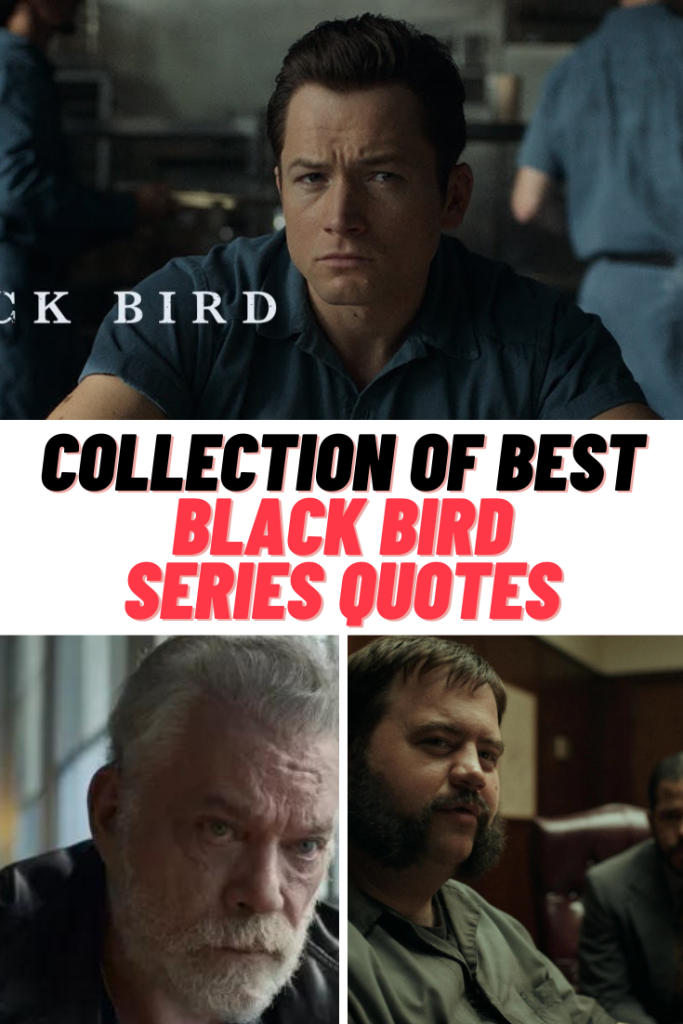 AppleTV+ Black Bird is dropping its first few episodes on the streaming service tomorrow, July 8th. I will have a review of the series coming soon, so make sure to stop back by to check it out. It will be linked down below. In the meantime, I wanted to share a list of some of the best quotes from the show. Check out these 90+ of the best and most chilling AppleTV+ Black Bird quotes.

I never knew this girl. Never met her. This is the life she knew.

You really were something.

Here’s where it all started to go sideways for me.

All I asked is that people I do business with be their authentic self.

I’m not part of the machine.

Tell me there’s a way out of this.

I never wanted this for you. I wanted a totally different deal.

Sprinfield is the kind of prison they send sub-humans to.

The doctor says it was stress that did you. You know what caused that stress? You.

That’s Larry. He’s always trying to make himself look bigger than he is.

Keep doing your homework. You’re not gonna want to blow the job interview, believe me.

A lot of people call them sideburns, but burnside is the correct pronunciation.

I didn’t stalk anyone. I can’t help if I drive home where the girl jogs every day.

Women are more kind. I can chill with a woman the way I could never with a dude. I can just be.

You show me you can find common ground with this man or you are wasting my time. 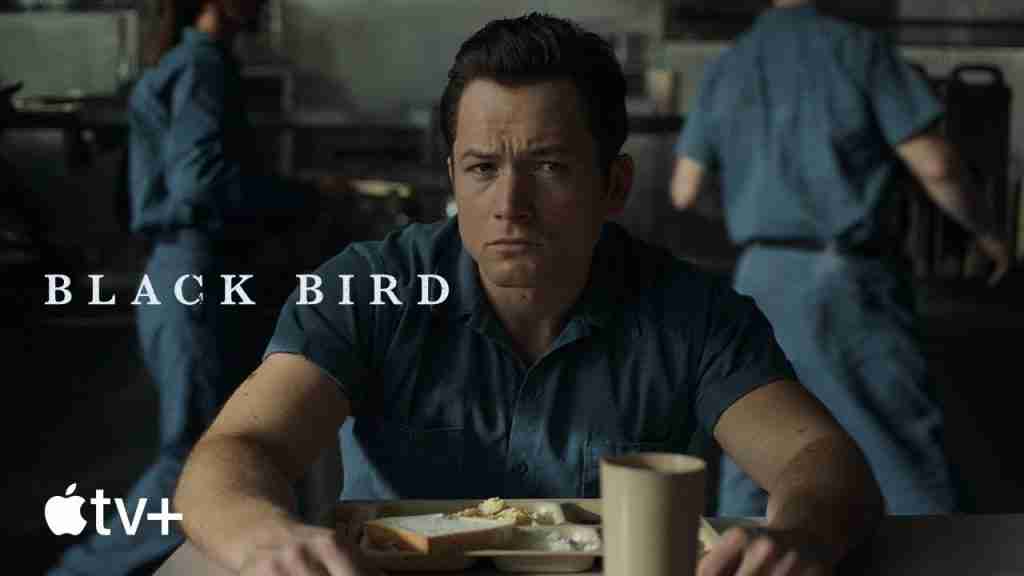 Your energy makes me feel itchy.

Normally, I bury all of them.

I just do things. I’m not in control.

I can’t remember which ones I hurt. I’m just so tired all the time. I’m always tired and sad.

You just reeled in a serial killer.

No wonder why I can’t sleep at night.

Nothings gonna ever be alright again.

I can’t take a piss without her asking me what color it is.

Comfortable get cocky, and cocky people f*ck up.

Don’t let the clock rule you.

Don’t maim anyone, and don’t get caught.

I know the place for Larry Hall is here. Never out there.

Most prisons grow predictable at times. They have a rhythm.

Blue is blue. It’s a brotherhood.

I’m not supposed to have family. You just outed me as a cop’s kid.

What makes it a hard time is people give each other a hard time. It doesn’t have to be like that.

What a talent. You make people believe you aren’t the killer after you say you f*cking did it.

I know it’s a plan. I f*cking planned it.

Let’s not confuse me with someone you can disrespect.

What kind of human being does that?

He looks at me, not through me.

Cause Gary don’t wet the bed.

Guys on the outside want their money.

If you think you could be in danger, you are in danger.

It was actually a pretty nice way to grow up.

Happiness is a choice.

I never had like a best friend because I always had my old man.

Sometimes you remind me so much of Gary, my gums ache. You both talk so big.

You dig a grave. You dig up a coffin.

Bones heal, concussions end. What hurt was that she loved him so much more than she loved you.

I’m sorry you got tuned up, but you put the cord on the jukebox. You gotta dance.

There will be other chances. Just learn to walk before you run.

That means they think you are gonna get out.

Nothing happened that didn’t happen the day before.

He married a stinky b*tch.

Once the government saw there was money to be made with school, then money trumps all.

Old enough to be, old enough for me. Right?

He has pain, but, you know, he doesn’t let it warp him.

He made too many of the girls uncomfortable, including my own.

I’m taking a drive to relax, not get worked up.

They make it sound like I jump on these girls and attack them. That’s just not the truth.

I want my mommy. Just take me to my mommy.

My mother said I wasn’t any trouble, except when I fixated on something I wanted, like a dog on a pork chop. So, that’s what she called it.

You can die, but you can’t unlive. I lived.

They never tell you that the love of your life could be your child.

You’re not a killer, man. I’ve looked in the eyes of a few, and you don’t have those eyes.

Do you know that they’re for, James? They watch over the dead. They guard their spirits to make sure they’re okay.

She was a handful, she punched like a man.

I’ve dug so many graves as a child. Probably more than you’ve had women.

You’ve gotta give these people some release.

You’ll never get out of here. You kill children who cry for their mothers, you demented f*cking monster.

You already got him locked up for the rest of his life.

Don’t make fun of me and mine.

You’ve been quiet. We reward quiet.

Don’t you ever say FBI to me again.

That one thing didn’t make your brother a killer.

Are you going to be able to stay up every night for the rest of your life, so you can make sure your brother stays where you can see him?

We made sure he won’t bury any more.