King Richard is an inspirational tale of a family who never gave up. Will Smith gives an Oscar worthy performance. Check out the details in my parents guide movie review. 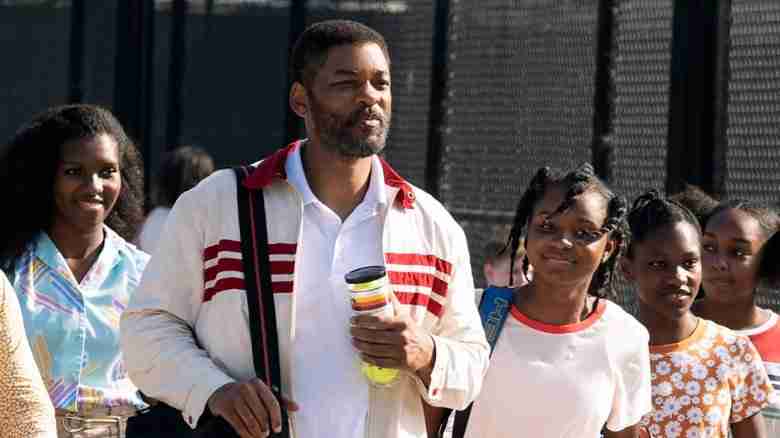 King Richard is coming to theaters, along with streaming on HBO Max, this Friday, November 19th. The film stars Will Smith as Richard Williams, the father of tennis greats Venus and Serena Williams, and follows their path to becoming tennis legends. The story is inspirational, funny, and heartwarming. Check out all the details in my parents guide movie review.

King Richard is based on the true story of Richard Williams, father of legendary tennis champions Venus and Serena, who overcame tremendous obstacles to forge a path for his daughters to reach the pinnacle of success.  Compton, California was not the typical training ground for tennis champions, but Richard Williams has a plan.  Sweeping drug needles off the rundown local tennis court and bravely standing up to the gangs that claimed it as their turf, he tirelessly drills his daughters Venus and Serena on the finer points of a game that he himself has never played.  Smashing through age-old barriers of race and class, Richard relentlessly strives to prove that his girls are worthy of a shot, knowing they are destined for greatness. 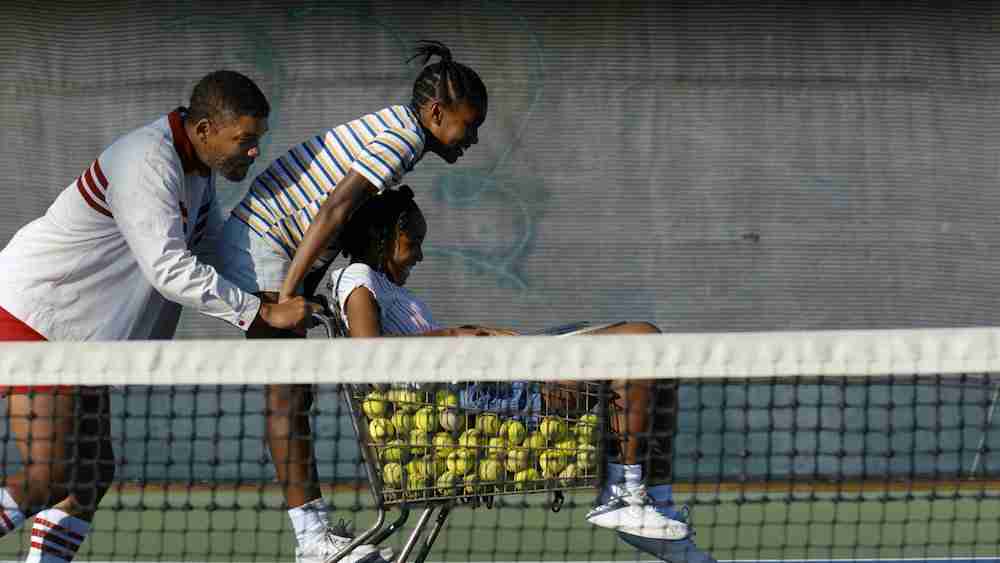 Let’s take a look at what parents need to know before letting their kids watch King Richard.

Mature Content: The film contains some mature content that may not be suitable for children. Specifically, the violence in the neighborhood the Williams family grew up in. There were scenes of characters getting beaten up and pistol whipped. There was also a scene of a drive-by shooting and a gun held up to a character’s head.

There are so many things to love about the movie King Richard, particularly the inspirational story of how one family rose above the struggles of poverty to produce two of the greatest female tennis players of all time. If there is one thing viewers will walk away with after watching this movie, it is the knowledge that with a little hard work (okay, a lot of hard work) and a good plan, you can achieve anything you set your mind to. It is known in the tennis circles that Richard Williams was extremely controlling when it came to his daughters’ careers, and while the film touches on this, it certainly looks through a lens of rose-colored glasses. The Williams sisters served as producers of the film, so perhaps it was their mission to reclaim their father’s name instead of focusing on the negatives. They chose to highlight the exceptional determination their father passed along to them, achieving not one but two legends in tennis.

Will Smith not only produced King Richard, but he also stars in the film as the overprotective father, Richard Williams. Smith is brilliant in the role, delivering an authentic and raw performance, making this biopic quite believable and emotionally powerful. Smith’s stellar performance was only aided by the well-written script, which included the heart-warming sentiments mixed in with an abundance of comedic moments. Like when top sponsors meet with Richard to discuss signing on Venus, and in response, Richard lets out a huge fart right in the middle of the swanky country club.

Some may wonder why the filmmakers chose to focus on the Williams sisters’ father, Richard, instead of the women themselves. After watching King Richard, it becomes clear the reasoning behind this choice. It is well known that both Venus and Serena excelled on the court, becoming legends of their time. However, it is less well known of the sacrifices, ridicule, and determination their father endured to get them there. Having never played the game of tennis was no obstacle for the grit and determination of their father either. He knew deep down it would take resolve beyond measure to acheive this goal, but he never wavered, and certainly his disciplinary regiments were a result of never giving up on his daughters. To be the best sometimes bring out the worst in people, but if their goal is true, it will be known by those to whom it matters most. 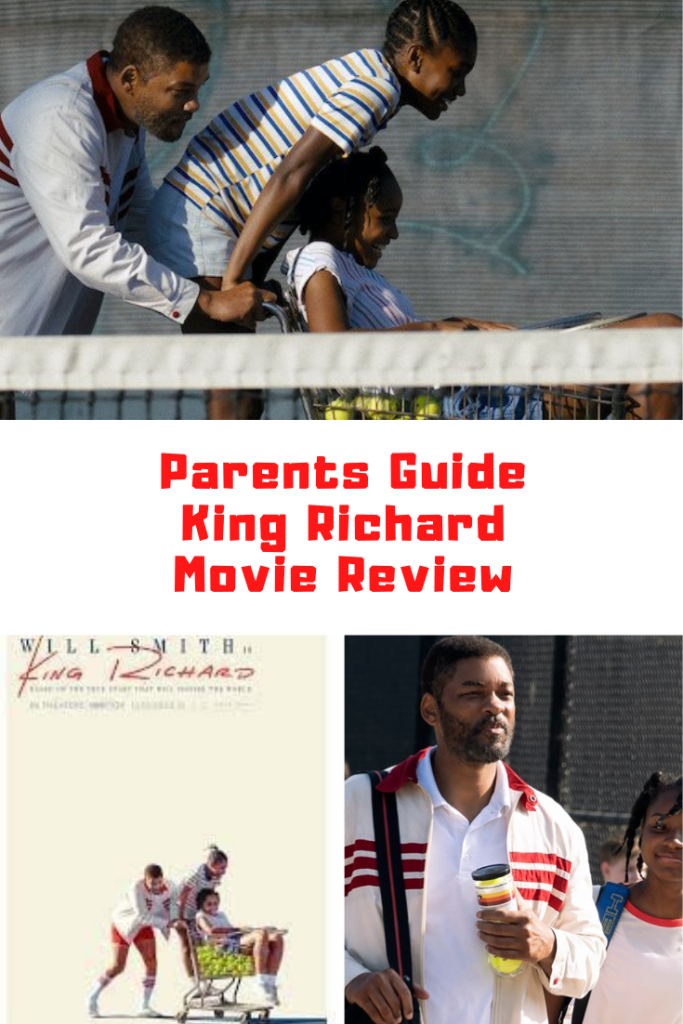