Netflix’s Cowboy Bebop is a true homage to fans, giving a faithful depiction of everyone’s favorite big shots. Check out the details in my parents guide review. 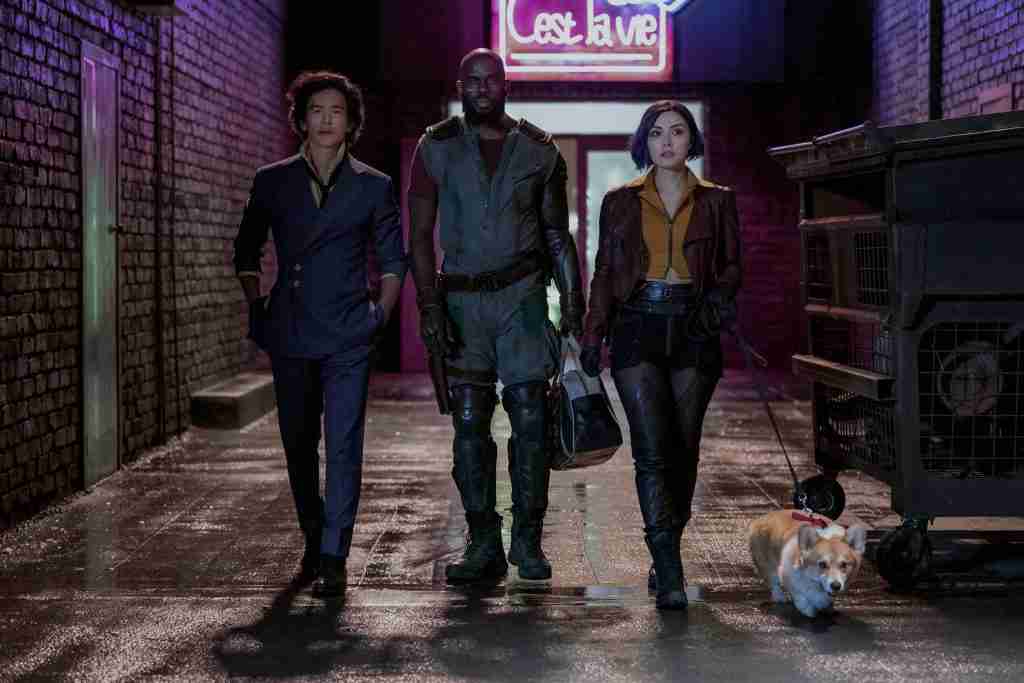 Netflix’s live action series of Cowboy Bebop drops on the streaming service this Friday, November 19th. The series is a faithful depiction of the 1998 animated series of the same name and stars John Cho as the lead character, Spike Spiegel. Does the live-action hold up to the animated series? Check out the details in my parents guide review.

COWBOY BEBOP is an action-packed space Western about three bounty hunters, aka “cowboys,” all trying to outrun the past. As different as they are deadly, Spike Spiegel (John Cho), Jet Black (Mustafa Shakir), and Faye Valentine (Daniella Pineda) form a scrappy, snarky crew ready to hunt down the solar system’s most dangerous criminals — for the right price. But they can only kick and quip their way out of so many scuffles before their pasts finally catch up with them. 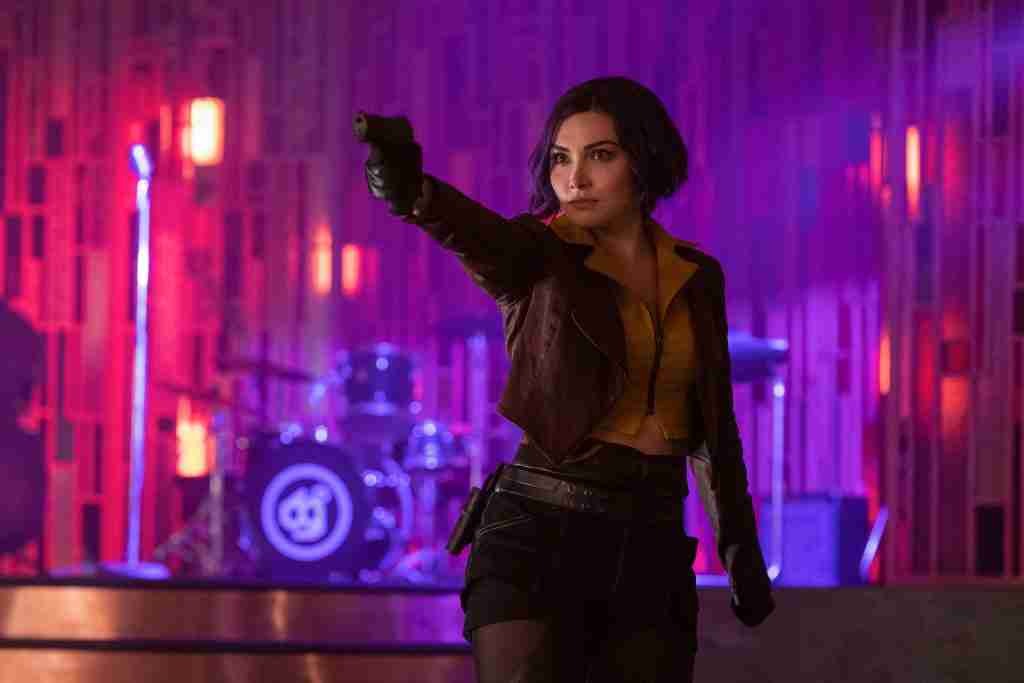 Let’s take a look at what parents need to know before letting their kids watch Netflix’s Cowboy Bebop.

Sexual Content/Nudity: The series contains nudity, including naked characters and full shots of bare breasts shown. There are also scenes with heavy kissing and implied sex with the characters shown naked in bed together afterwards.

Mature Content: There are an abundance of violent scenes in the series, including hand-to-hand combat, guns, shootings, stabbings, killings, slaughter of unsuspected individuals, and more. There is also a scene that shows a man choking his wife. The series includes drugs and alcohol.

The best thing about Netflix’s Cowboy Bebop is the fact that it stays about as true to the animated series as one could hope for, even bringing on Yoko Kanno, who was the original composer and original director Shinichirō Watanabe, as a creative consultant for the new show. The series is a fairly faithful adaptation of the original anime from the visuals, feel and overall vibe. Although the original anime series only spanned 26 episodes, and this new live action series runs for at least 10 episodes, it remains to be seen if it will end as succinctly, or if they plan to build on the story by adding more than we ever got in 1998.

Not everything is an exact replica of the animated series. Spike Spiegel, for example, who is played by John Cho, is meant to be in his late 20’s, yet Cho is pushing 50 years old and it shows. While the actor looks the part, from the costuming to even growing his hair out before filming, the age differences can be a bit jarring for some fans. Jet Black, on the other hand, played by Mustafa Shakir, truly embodies his anime character as being the mature and a bit more strict one of the bunch. While his costume differs a bit from his animated counterpart, his cybernetic arm and the scar and implant around his right eye have been replicated precisely. The duo mesh well onscreen and play off each other skillfully. One tidbit added to the live-action series, which we didn’t see much of in the animated version, is the comedic moments and funny banter between the two bounty hunters. Faye Valentine has the most drastic of outfit changes, but it feels more apropos than the scantily clad version presented in the 1990’s, and Ein is accounted for and still a corgi. Cowboy Bebop is not a shot for shot remake, but there will be many familiar moments and scenes that are a joy to watch for fans of the original, because without them it would feel less connected to the source material.

Netflix’s Cowboy Bebop is not perfect; there is a bit lacking in the script. The series takes a bit of time to get going; the first couple of episodes’ storylines seem a bit sloppy and muddled, but once the show gets going, viewers will undoubtably be hooked in for the rest. Not unlike the anime, it kind of drops the viewer into a strange world and discusses things in a matter-of-fact tone that assumes you should know what’s going on, but before long, the picture becomes clear enough to keep you invested. Even still, some pacing issues arise, and enough of the show is different that hardcore purists that brave the waters of this live action offering will surely be lighting up the internet with hatred and acting like there is nothing sacred in the world anymore. Those close-minded types need not apply, but as a fan of the original, I can say that I am a fan of the new Cowboy Bebop as well. I mean, it’s not even close to how they did us fans of the Masters of the Universe cartoon when they decided to do the live action movie. It took many years to get off the ground, but I am glad they made this series. I think the casting is solid, and I will wait patiently for the next season. 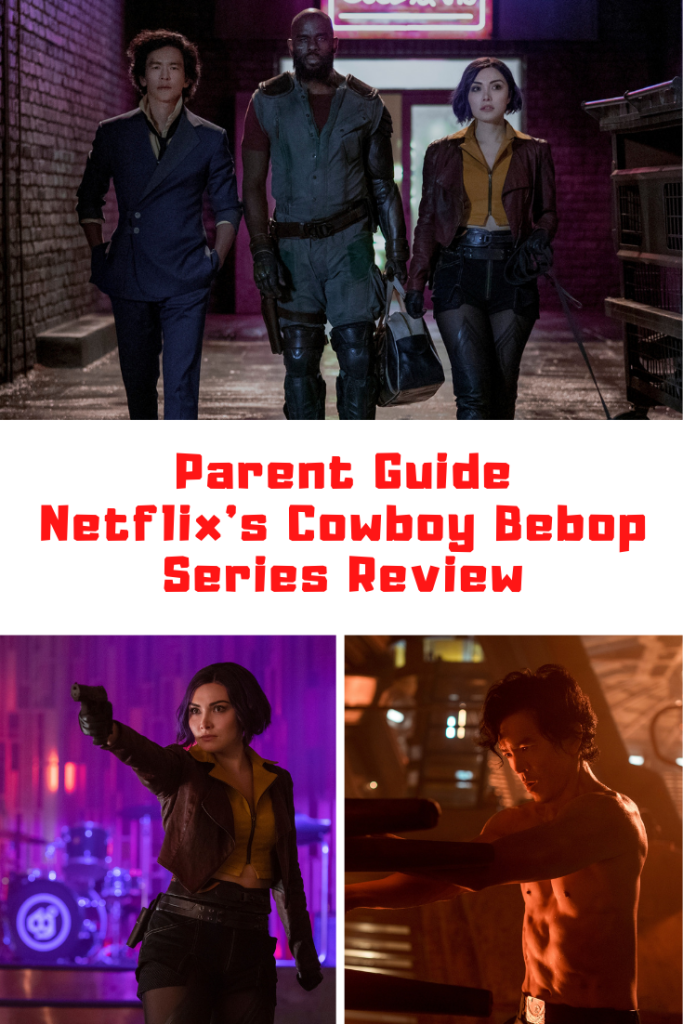