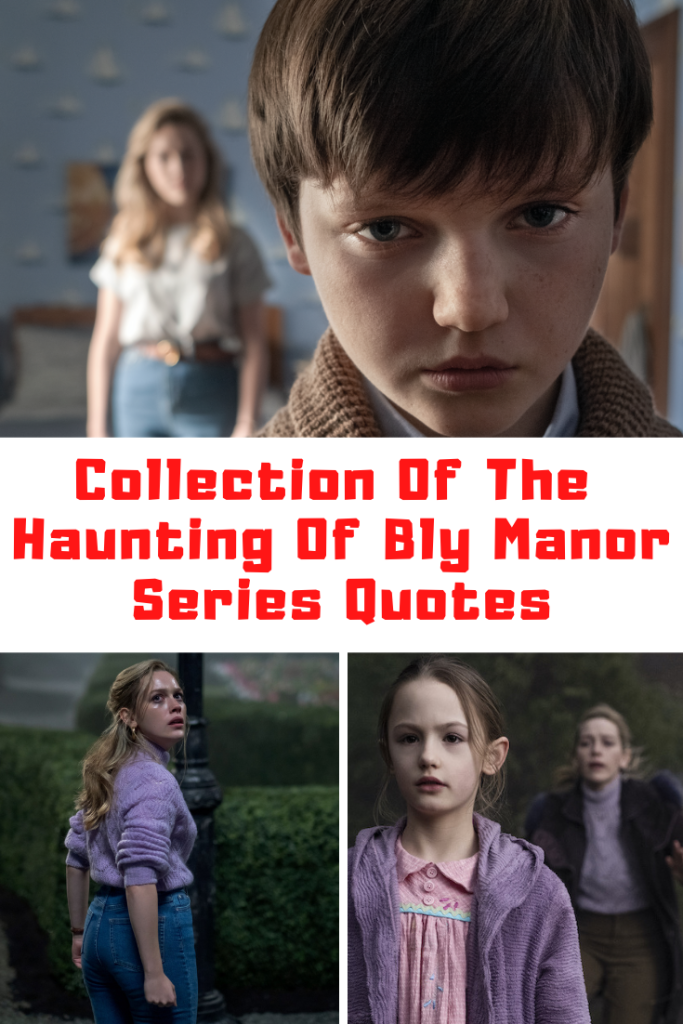 Netflix’s sequel to The Haunting Of Hill House is out, called The Haunting of Bly Manor.  I will have my review of the new series live soon, it will be linked down below. In the meantime, I hope you enjoy this HUGE list of some chilling quotes from the series.. If you have seen the first, you will know this is a thriller with some creepy undertones, so I’m telling ya I had to jot down some of the more creepy lines for you!  So, check out this collection of 60+ CHILLING Netflix The Haunting of Bly Manor quotes!

The Haunting Of Bly Manor Quotes

To truly love another person is to accept the work of loving them is worth the pain of losing them.

What is the catch? That really is the question.

I’m not running, from anything and it hurts me when you say that.

You have to promise me that you’ll stay in your room.

The housekeeper was no stranger to muddy footprints. A few times a year, it seemed she started her days with a mop. Always the same path. From the door to the forbidden wing, and back again.

None of us are blameless. Except the soul that’s not yet conceived and the animals. Like Pidge over there. They’re the only innocents.

Death is something to mourn, not fear. 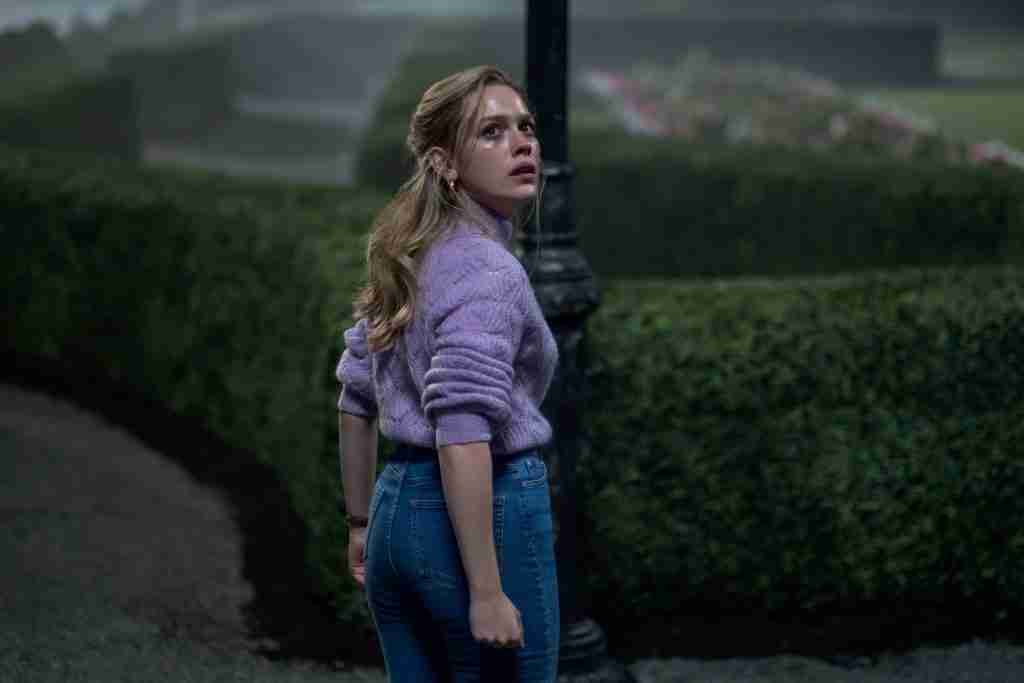 Why do the bad ones get to come back and not them?

On a scale of zero to American, how would you rate her?

It’s such a draining thing, dealing with children.

I expect being precious about blouses won’t serve me well.

I have an inquiring mind. I ask question of myself and of the world around me every day, and that’s what I love to nurture in children.

Nonsense Peter, we both know you don’t make mistakes.

Let me guess, you are to be our very own Mary Poppins?

You know what life is really all about, Miles? Keys. See, people are like locked rooms. They’ve all got different locks and you’ve got to guess the shape of their key.

A sea of old men trying to run a hand up your skirt every day for six months while you try to persuade them that your brain isn’t between your legs.

People do, don’t they? Mix love for obsession.

She doesn’t hateit. Why should anyone hate a lake?

Let me show you just how beautiful you are.

If you are hungry when I’m gona why don’t you find Owen to stuff something in your mouth for ya.

It’s good to know when a man asks you to put somethng in your mouth, he doesn’t need to ask twice.

Owen, be a hero, pass us a fresh bottle.

That’s why it’s called a bonfire, from the Old English “bone fire”. Build a pike of old bones and burn away the shadows. Because from here on in, the shadows get deeper, the nights get longer. We’re heading into the dark, an we have to hang onto each other.

She was my anchor. And then I suppose she was my burden.

It’s just you and me then.

Look at you all flush. You’re pretty when you blush.

Henry may be too much of a mess to notice what you are up to, but I’m not.

It’s a mistake, isn’t it? Thinking they are your family. That this is your house. There’s them, and then there’s us, Hannah. We’re the help.

That’s for Sam. He may not be dead, but nobody’s perfect, are they?

Being with him might be scary at times but, it’s also exciting and fun. And for the first time in my life, that little voice in my head saying I’m not good enough has disappeared. It’s gone. And I’ve never felt so alive.

Something is wrong with Miles.

We can’t count on the past. We think we have it trapped in our memories, but memories fade. We can fade at any time.

Daddy said he is a special mint, of my imagination is all. A fig-mint.

I’m tucked away again in another memory.

Miles is perfectly splendid, except when he isn’t. Isn’t Miles.

I couldn’t sleep. I feel like I can never sleep again, frankly.

It’s just you and me then.

“He has spent too much of his life alone.

Haven’t we done this already?

Any of us could die at any moment.

I hope you know that, late at night, that you killed your own son.

I have a surprise for you.

You just need to look down, Hannah.

You’re slipping. Stay with me.

Can’t you just tuck her away? Somewhere nice.

They left out all the bad stuff. And all the good stuff.

I suppose she was my….burden. She seemed so small at the end, and so heavy.