Netflix’s Colin In Black & White delivers a charming story, with an important message that needs to be heard. Check out the details in my parents guide review. 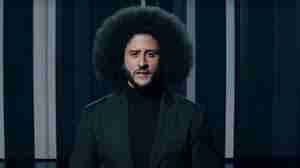 Netflix’s Colin In Black & White drops on the streaming service this Friday, October 29th. The limited-series was created by Colin Kaepernick, best known as the football player who famously took a knee during the National Anthem, and Ava DuVernay, director of Selma. Kaepernick, who is notorious for NOT giving interviews to the press, gets personal in this coming-of-age story about growing up in “whitey Whiteville” and living with his white, adoptive parents. Checkout the details in my parents guide review.

Colin in Black & White, a bold new dramatic limited series that chronicles Kaepernick’s coming of age story, tackles the obstacles of race, class, and culture as the Black adopted child of a white family. Colin in Black & White stars Jaden Michael as young Colin before reaching the highest levels of American football as an NFL quarterback and becoming a cultural icon and activist. Nick Offerman and Mary-Louise Parker star as his well-meaning parents Rick and Teresa; and Colin Kaepernick himself, who appears as the present-day narrator of his own story, guiding viewers through a robust and colorfully presented array of historical and contemporary contextual moments. You don’t know Kaepernick until you know Colin. 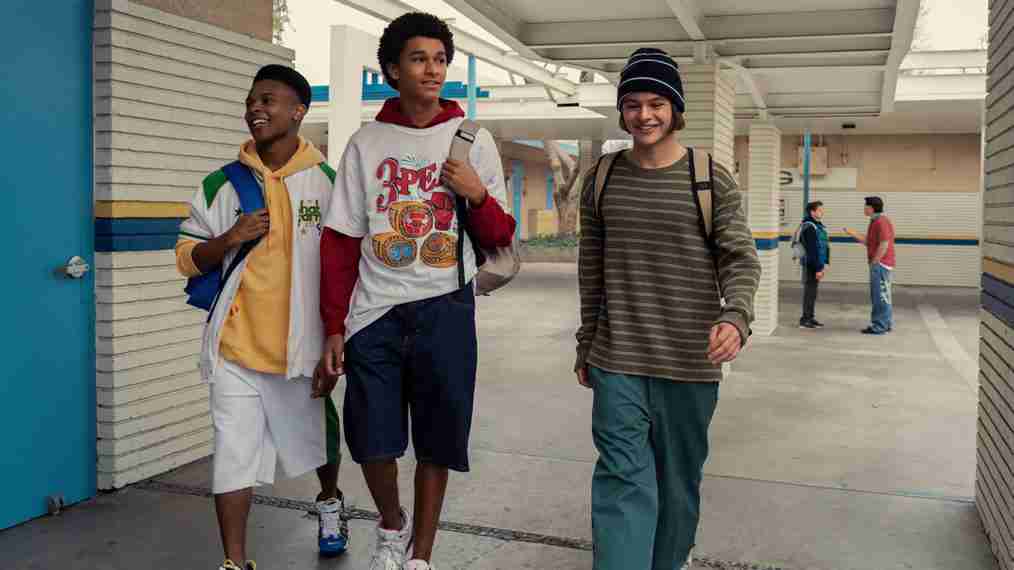 Let’s take a look at what parents need to know before letting their kids watch Colin In Black & White.

Mature Content: The series has mature themes, specifically the blantant and not so blantant racism a teen boy had to endure living with his white adoptive parents. There are scenes which show protests from Black Lives Matter rallies and scenes showing slaves being auctioned off to slave owners.  There is also a scene from Indiana Jones which shows a heart being removed from a living body.

Ava DuVernay is renowned for her work on Selma and When They See Us, the gut-wrenching tale of the Central Park Five’s conviction. So, it may not come as a surprise that she also co-created Colin In Black & White, considering the series takes a hard look at the racism Colin Kaepernick endured growing up in a predominantly white neighborhood with his white, adoptive parents. However, unlike DuVernay’s previous works, the series has a lighter tone while still delivering a powerful message and symbolism, such as the opening scene comparing the NFL football draft to a slave auction.

Colin In Black & White is narrated by Kaepernick himself and has been compared to Chris Rock’s Everybody Hates Chris, due to its narration style. While the series may have the same feel as Everybody Hates Chris, it is also structurally different in terms of Rock never appearing in cutaways during the show. This adds an immediacy to the narrative as the audience can look him in the eye and know this is HIS truth, and it challenges how others think about him amid all the media attention. Another stark difference is in the bit of history delivered in Colin In Black & White. While the series centers around Kaepernick as a teen, it also references African American historical events as a lesson to tie into some of the racism he experienced.

There are many reasons to enjoy Colin In Black & White, one being the phenomenal casting, particularly that of Jaden Michael, who plays young Colin. Michael seems totally in tune with his character. He encapsulates the naivete that young Colin embodied and allows one to really put themselves in Kaepernick’s shoes. Perhaps he was given guidance by Kaepernick himself, or perhaps being a young black man, he did not have to stretch too far when acting out the scenes for this series.  Just the thought of that alone, that it would potentially be easy for him to act these parts because it is how he lives his life daily, is enough to invoke empathy, and a new or renewed understanding of the plight of so many Americans. Although it is sadly familiar at this point in history, it remains a shame that we must still require these lessons in 2021. 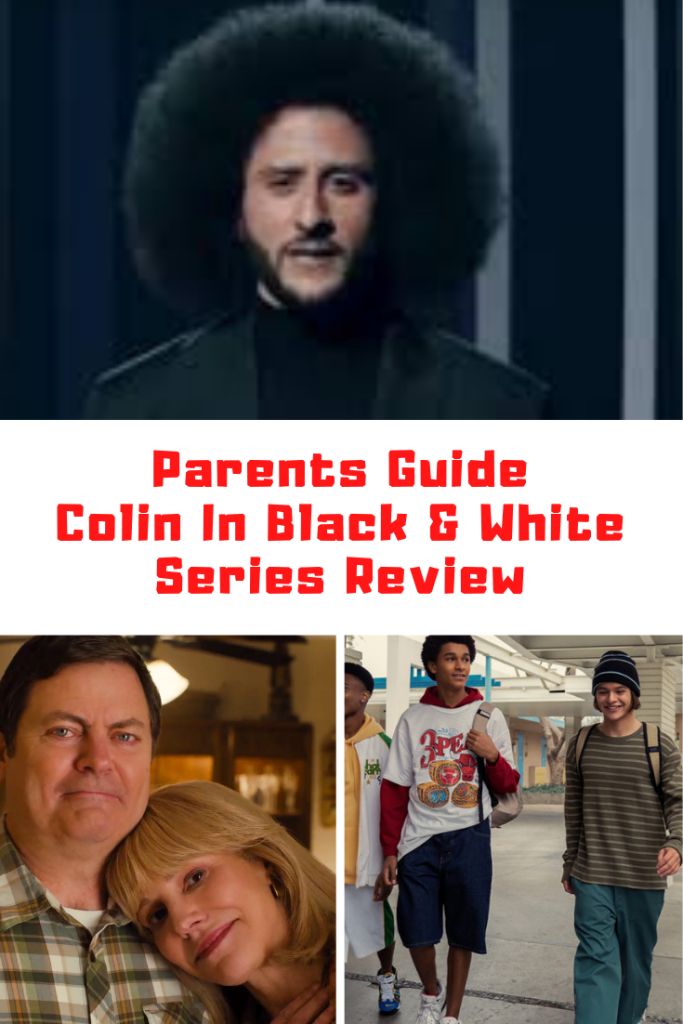