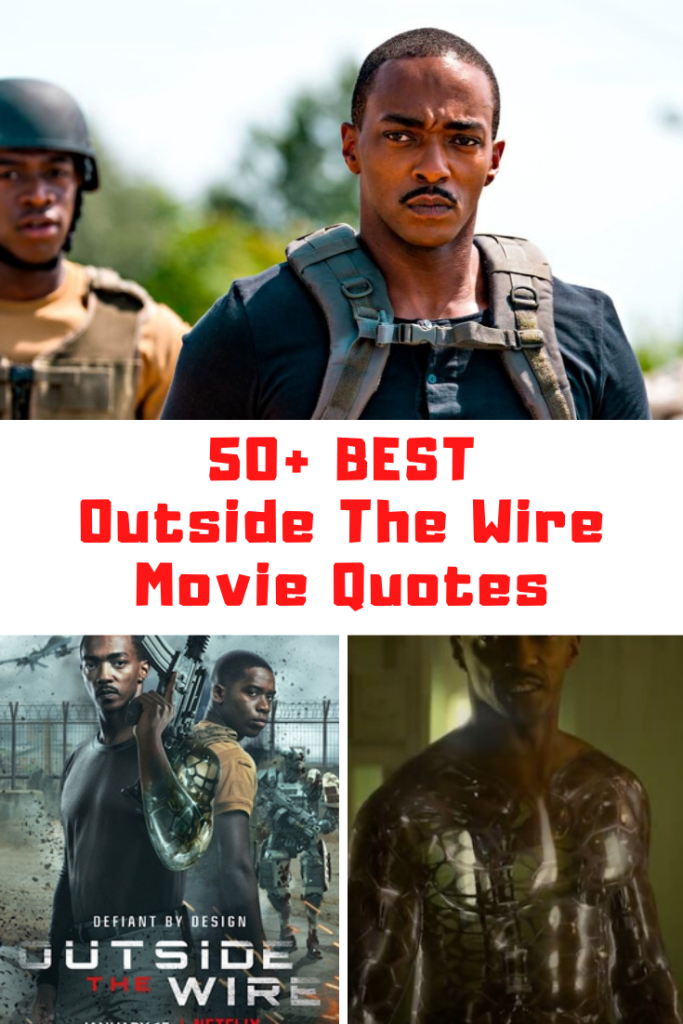 Netflix’s new film Outside The Wire movie, starring Anthony Mackie dropped today, Friday January 15th! Talk about action packed! I will have a movie review coming soon, so make sure to stop back by, it will be linked down below. In the meantime, I wanted to share some of the best quotes from the film. I love me a good line and this one had some filled with high anxiety! Check out this list of 50+ best and high anxiety Netflix Outside The Wire movie quotes.

Outside The Wire Movie Quotes

I’m not leaving anyone behind.

You just disobeyed a direct order.

If given the chance he would have tried to save all 40.

You must have really f*&^ed up if they sent you to Leo.

You killed two Marines, you should be in jail.

We all play our part.

With all due respect, I put myself through cadet school. Sir.

We’re peacekeepers. We’re the only thing stopping these guys from committing genocide against eachother.

Don’t worry, I’m special enough for both of us.

Do you trust me?

You ask the right question, I’ll give you the right answer. 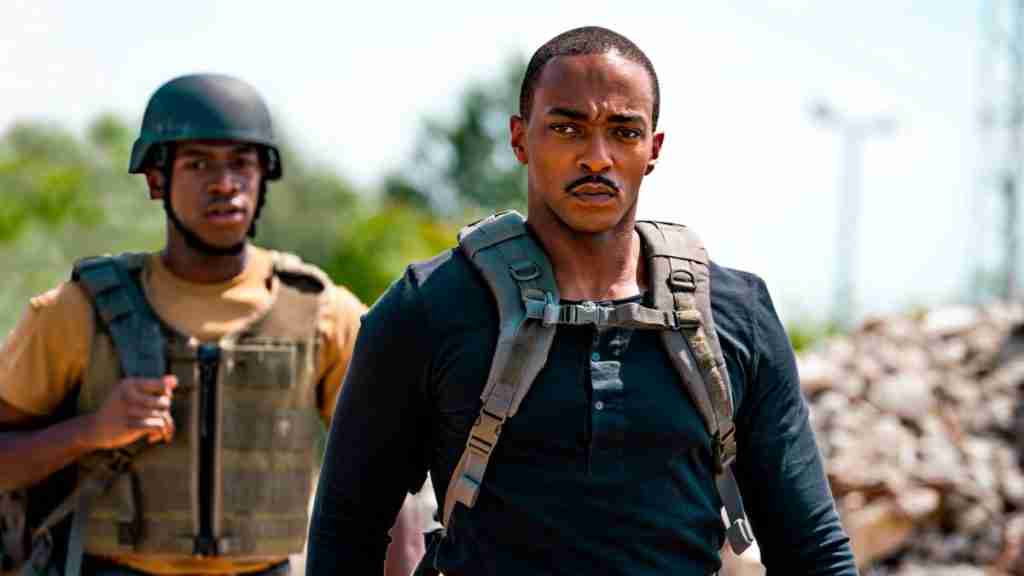 You’re my subordinate. You don’t question my authority and we’ll get along fine.

Must be nice. Fight a war, never have to leave home.

It’s our job to stay alive long enough to get our intel and focus on the bigger picture.

We’ll take care of this sh*t show, you get the vaccine delivered.

War is ugly. Sometimes you gotta get dirty to see any real change.

Feelings all I got, Rookie.

Did your motherboard freeze?

You were right to fire. It was a launcher. You killed 2 Marines but saved 38. They should’ve put a f*&^ing medal on your chest.

So, you equate humanity with emotion?

The violence at the hospital. It was definitely a Krasny spy.

How do you think I pay for this orphanage?

Most of these kids weren’t orphaned by the civil war. Your bombs destroyed their homes.

I requested your deployment because I needed your help.

They’re all dead. I tried to save them.

You weren’t assigned, Harp. I chose you. I needed someone who could think outside the box.

The fact that I can act on my own volition scares you. 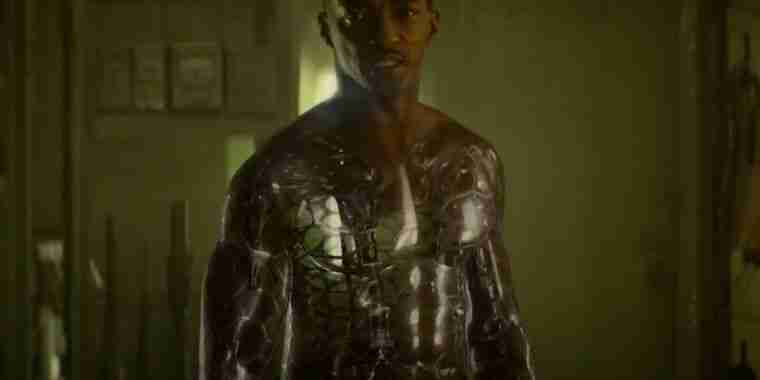 You disabiled US military hardware.

Why would you try to kill me?

I’m not an idiot, that would make me human.

He’s gonna launch a nuclear strike on the US. Innocent people will die.

Don’t make me have to ruin this marvel of American technology.

You should’ve never tried to kill me.

I hope to never seen you again after this.

Your confirmation brings the rain.

Sending off those nukes won’t solve anything.

I’ll save a hundred million.

Remove the humanity, increase the fight.

You want them to shutthe program down?

I have to destroy the monster. Destroy myself, my creator.

I am the face of never ending war.

How about we do it my way?

Humans can learn to do better.