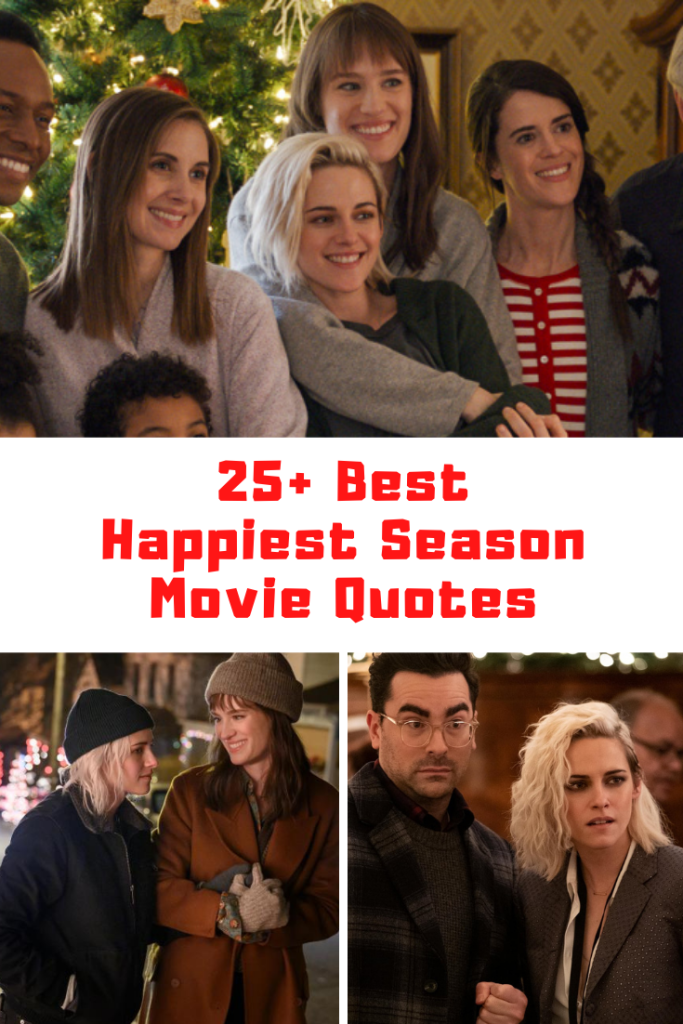 HULU has a new holiday film coming this Thanksgiving called Happiest Season. The movie stars Kristen Stewart and Mackenzie Davis, with also my favorite Schitts Creek actor Daniel Levy! I will have my movie review coming soon, so be sure to check back, it will be linked down below!  In the meantime, I wanted to share a list of some of my favorite quotes from the film. You all know I enjoy a funny or sincere movie line and this one had some good ones. So, check out this list of 25+ of the best HULU Happiest Season movie quotes.

Come with me to my parents house for Christmas.

I want to wake up with you Christmas morning.

I just woke up thinking about going home with you and I got really excited about Christmas.

I get to meet the people that made my favorite person.

I track everybody. If the NSA can do it, so can I. 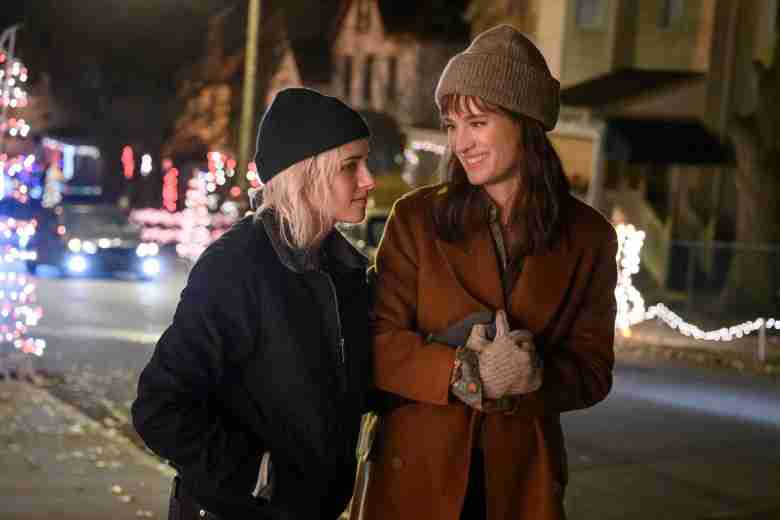 She is my person, and I really want everyone to know that. I want to marry her.

They don’t think its weird you are bringing your roommate home for Christmas?

This is Harper’s orphan friend, Abby.

I would never ask two grown women to share the same bed.

Orphan roommate. We, I am an orphan. But we live together. As friends. Like acquaintances.

So her parents believe that their straight daughter brought home her lesbian friend for Christmas?

I want you to break out of that closet.

This is why I avoid Christmas. It brings out the worst in everything.

Just be yourself. But don’t lie. You’re a very bad liar.

Abby what are you doing in the closet? 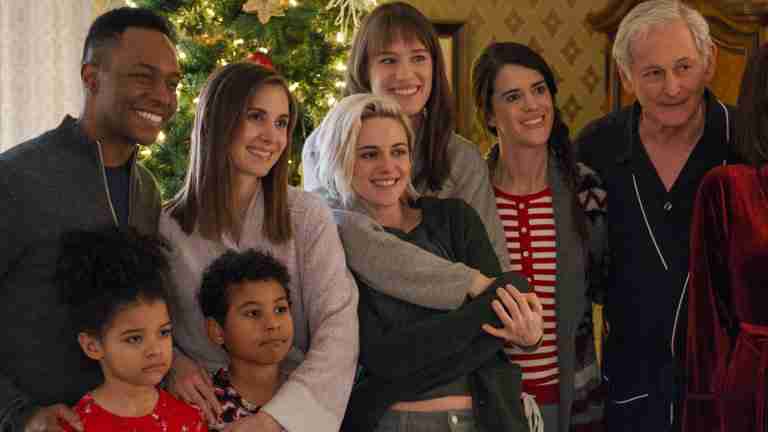 I can relate to being in love with somebody that is too afraid to show the world who they are.

We were playing a game. Like hide and seek.

I just couldn’t be with someone who is too afraid to show the world who they are.

I am not hiding you, I am hiding me.

I don’t want to lose you.

I guess I’m not the only one with a secret.

I put 100 hours into that painting and you destroyed it like it was nothing.

I nailed that. And she is fabulous.