Netflix’s Malcolm & Marie takes big risks with its artsy black and white film, which is packed with dialogue but fails to deliver an interesting story. Check out all the details in my parents guide movie review. 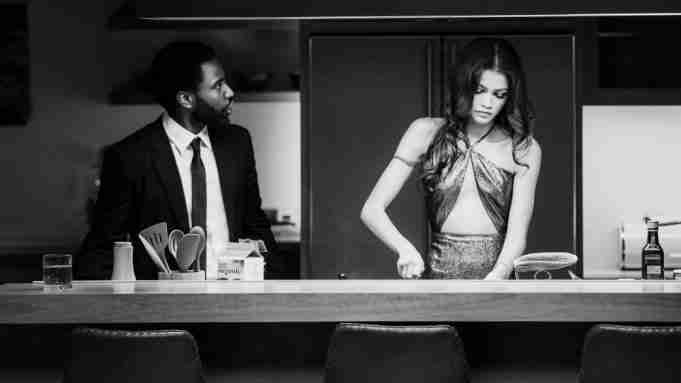 Netflix’s new film Malcolm & Marie, which stars Zendaya and John David Washington, drops tomorrow February 5th. Writer- director Sam Levinson, who also created Euphoria, teams up again with Zendaya to bring this very artsy black and white film which he admits mimics many of his own experiences. Levinson tackles everything from Mac & Cheese to “woke” critics in Malcolm & Marie. But is this movie appropriate for all ages? Check out the details in my parents guide movie review.

Set in a Malibu home, Malcolm (John David Washington) and Marie (Zendaya) arrive home from a premiere of a film Malcolm directed. Malcolm is pumped up from the exciting evening and awaiting the first reviews. Marie, Malcolm’s model girlfriend, seems less enthusiastic of the film and overall the night in general. Tensions between the two begin to boil over and arguments ensue, leading to more arguments and revelations.

Lets take a look at what parents need to know before allowing their kids to watch Malcolm & Marie.

Language: Malcolm & Marie contains some harsh language with the F-word being said throughout.

Sexual Content/Nudity: There are some mild sexual scenes in this film with partial nudity. In one scene, Marie removes her clothing to get into the bath tub, this scene shows her full length from the back, no frontal nudity shots were shown. There are also a couple of scenes which she uses the toilet. In these scenes her underwear is removed but nothing inappropriate is shown.

Have you ever looked at a Rotten Tomatoes score and noticed the critics rating is vastly different from the audiences rating? The very definition of critic means “a person who judges the merits of art and does so professionally.” As a critic myself, I give my opinion on films and/or series and receive payment for these opinions in the form of ad revenue due to those visiting my site. I did not go to school to critique films, my experience comes from years and years of being a movie/television buff. I may not be a typical critic, yet my opinion on films are popular enough to receive thousands of viewers a day who find my opinions worthy enough to read it. However, I am not your typical critic. The typical “establishment” critics are those you see rate films on Rotten Tomatoes which are wayyyyy different from the audience scores and those are the critics Sam Levinson speaks to in the film Netflix’s Malcolm & Marie.

Malcolm & Marie seems to dare these establishment critics to take the bait and yet, the film seems so directed towards them that I believe it will be these viewers who will enjoy the film the most. Levinson stated, “There is this tendency amongst the establishment, and I mean white establishment critics, to categorise things and talk about them in a way that can sometimes speak to their own importance.” and I can’t say he is wrong. And in saying all of this my point is, while Malcolm & Marie may woo the critics with its artsy approach, it will not attract the interest of every day people, myself included.

If you look at Malcolm & Marie just for its “art” style, sure it is a ground breaking film, shot in secret during the pandemic and set entirely in one location. The film is heavy and I mean heavy on dialogue and some of the arguments between Malcolm and Marie are so absurd at times, one can’t help but chuckle.  I mean, who hasn’t argued over macaroni and cheese? The acting was indeed incredible. Zendaya breaks out from those teenage roles and gives us a mature and in depth portrayal of a woman who has had enough with her “self righteous” boyfriend. We have all been there, am I right? And kudos to Washington, for his unrestrained portrayal of the “angry black man” who yearns for love and approval so badly, it is almost pitiful, especially considering the fact that this love must be given on his terms and he refuses to acknowledge others on his road to success.

Where Malcolm & Marie falls short for me is, it just becomes tiresome. Thirty minutes in I was ready for them to kiss and make up and give me more substance than just an argument that never ends. If I wanted to hear an arguement, I would go pick one with my own husband and let me tell you, those arguments can be much more intense than Malcolm and Maries. I get it, the world speaks through art and in a time we are all stuck in the house with our significant others, this art is speaking to that. Yet “most of us” want to escape our world through film and Malcolm & Marie is a reminder of the cabin fever we have all felt this past year. 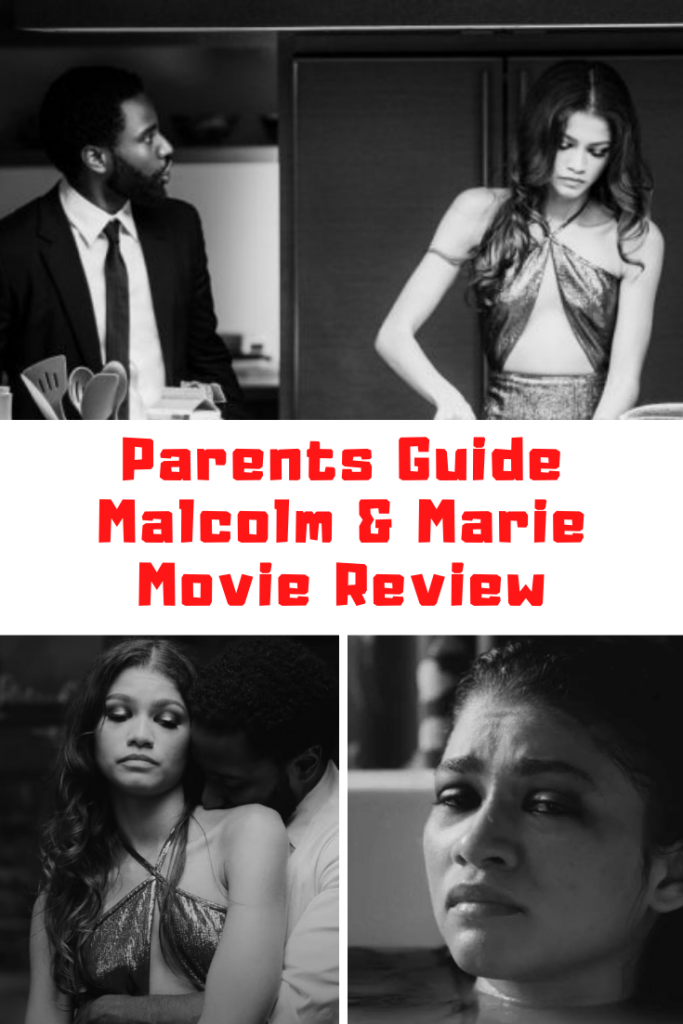