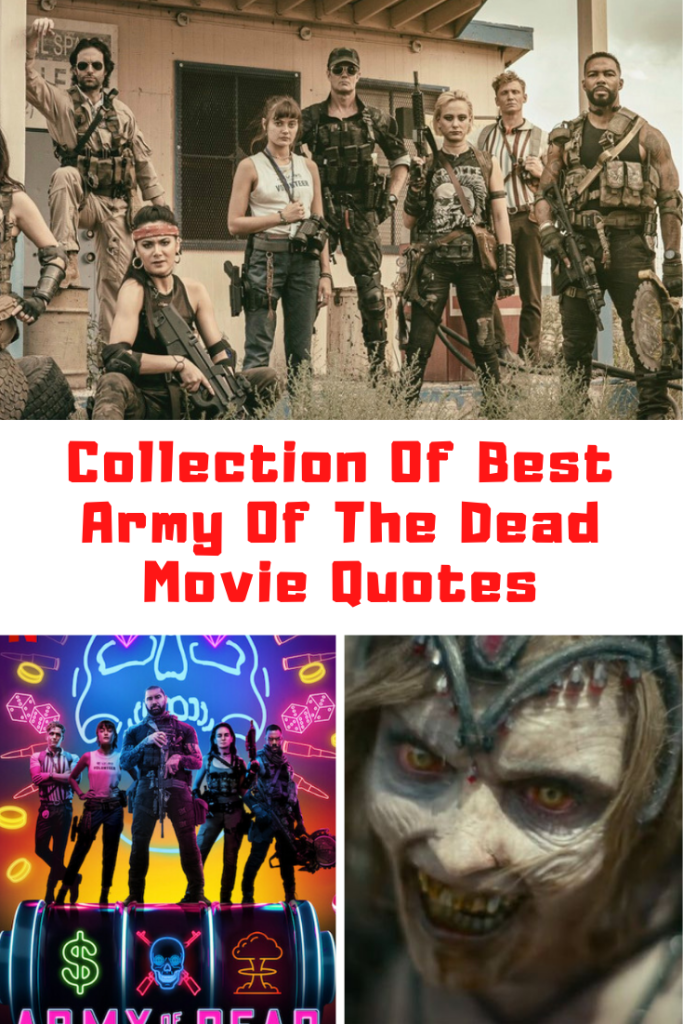 Army Of The Dead movie dropped on Netflix this past weekend, after releasing in theaters the week before. The film is written and directed by Zack Snyder and stars Dave Bautista. I have a review of the film linked down below, so make sure to check it out! In the meantime, I wanted to share a list of my favorite quotes from the movie. I love me a good line and this film had some crazy ones. Check out this list of 45+ best and craziest Army Of The Dead movie quotes.

Army Of The Dead Movie Quotes

I got you a little present for making an honest woman out of me.

A chance we are hauling, you know, the Holy Grail.

Get away from that location now! Do you copy?

In case anything happens to me in the next few days, just make sure the kids makeit out to Barstow. Okay?

These guards they don’t give a sh*t but for 5 grand, I can buy my way out, me and my kids.

You know the first sign of infection is belligerence and actions outside of social norms.

I don’t like you very much. So, I hate giving you the satisfaction of taking the job but…

Yeah, we’ll probably die. Some of us atleast.

I never thought about the faces of the countless monsters but I just realized, you know, were people.

I guess there is a chance it could be cathartic.

Can you crack it? 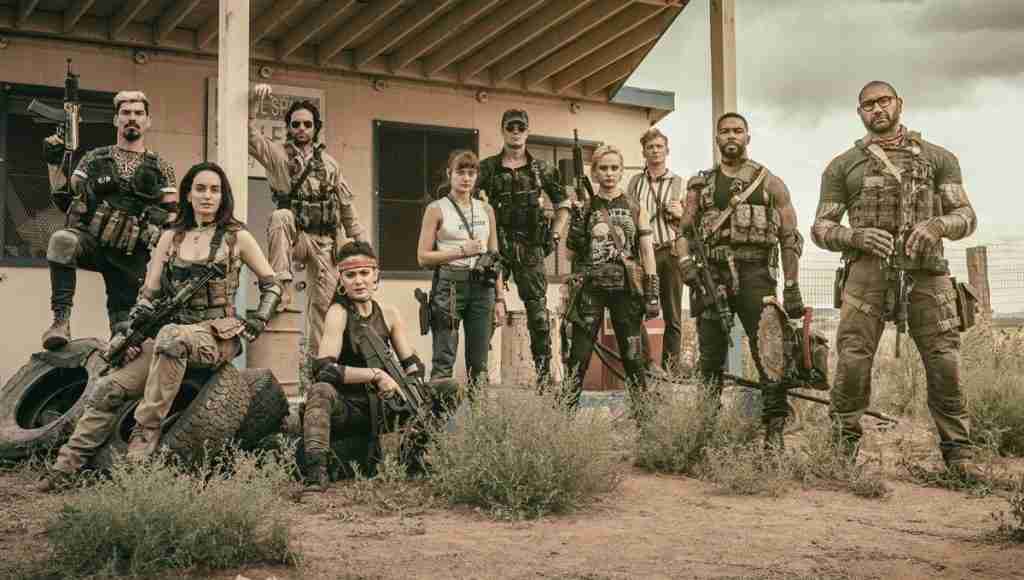 This is like showing me a picture of Botticello’s Madonna of the Magnificat and asking me if I want to f*ck her.

Zombies, shamblers, the undead, whatever you wanna call them, when it comes to killing them, it’s all about the brain.

If I knew she had kids, I wouldn’t have taken her.

I’m going in either way. I can go with you and you keep me safe or I can sneak in after you.

This is life or death and if you screw around, some of these people are going to die.

Don’t ever talk to her again.

It’s not too late to go back.

If we wanna go further, we have to make a trade.

I’ve seen what you’ve done to those women, you f*cking rapist.

If we want to go further, we go indoors.

We’re not in America anymore, haven’t you heard?

Don’t touch them. Don’t shine the light in their eyes. I’ve seen this before, they’re hibernating.

I don’t trust you to have our backs if sh*t goes bad.

I’m doing what I can to make things right.

What a hunk of junk.

I never left anyone I didn’t have to, or ones that deserve it.

If you screw me, two between the eyes.

You did what you had to do. She was one of them.

You weren’t there, Scott.

Every time I looked at you, I just saw her. It hurt like hell.

I spend so long hating you, I just can’t turn it off.

There’s another team of grave robbers.

It’s some kind of a booby trap, trust me. 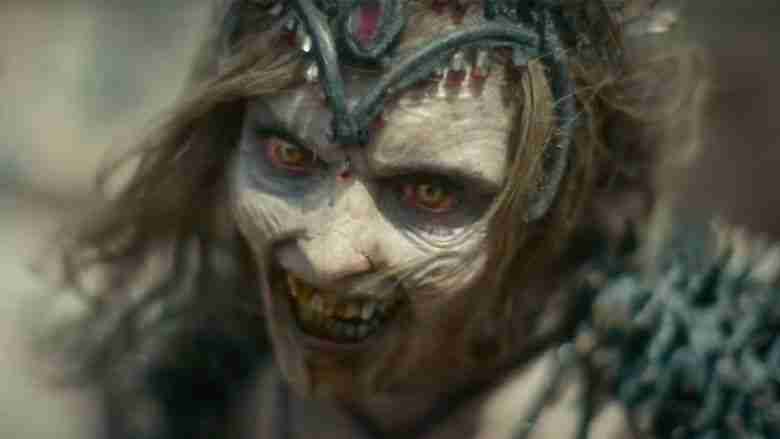 In the right hands, this is the power to make more of them. The power to control your own zombie army.

If I can open it, it will be either destruction or renewal.

I’m glad they decided to move the nuclear bomb up. I was getting kind of antsy.

If you mess it up again, it locks forever.

We got about 20 minutes before this place is dust.

I came here for you.I thought we could’ve had something but then you just, went away.

Tanaka doesn’t give a sh*t about the money. What’s in this bag is worth ten times what’s in that vault.

Martin said he’d let everyone out of the camps if I helped him.

It is by going down into the abyss where we recover the treasures of life. Where you stumble, there lies your treasure.