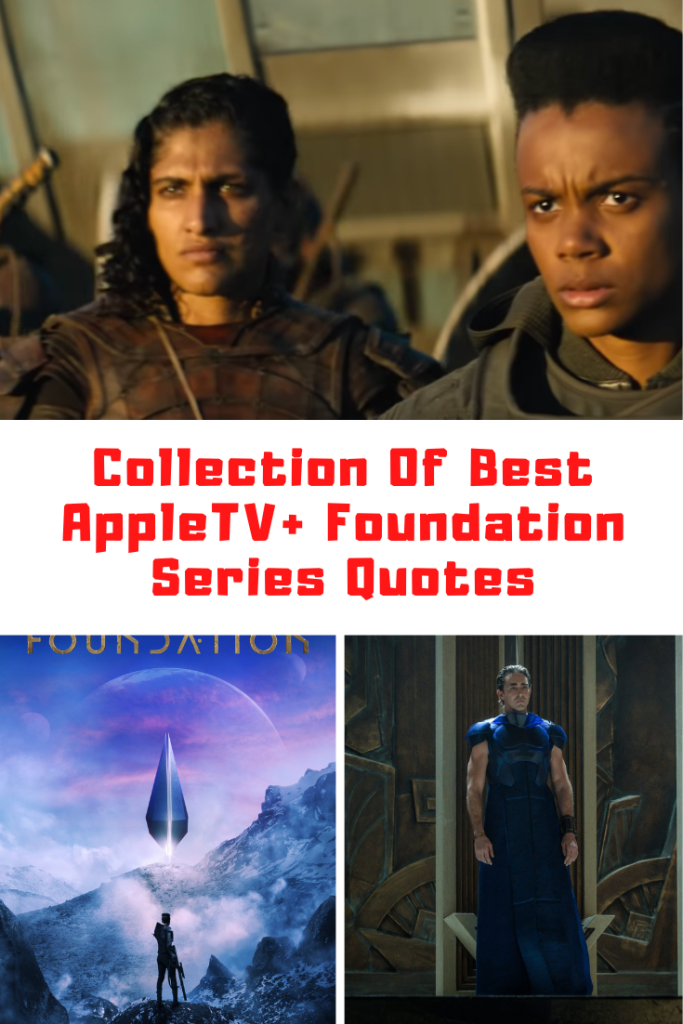 AppleTV+ Foundation dropped on the streaming service Friday, September 24th. I have a review of the series linked down below, so be sure to check it out! I also wanted to compile a list of some of the best quotes from the series. I love me a good line and this one had some intense ones! Check out this collection of the best AppleTV+ Foundation quotes.

When I was a child, I told my mother I wanted to learn about every planet in the Galatic Empire.

The called it The Vault. All the colonist knew for certain was that it projected a field designed to keep people away. No one could reach it.

I’m going to see the ghosts.

People who have tried to get closer get hurt.

You assume it cares anything about us? It doesn’t.

It’s warning us to stay away, so stop tempting fate.

To understand our future, we have to learn our past and the ones who caused it all. A mathematician, a martyr, a murderer and the most important player of all.

All my life I have looked out and dreamed of being somewhere else. Now I realize how much I will miss this view, I have to remember it perfectly.

I’ll die if I stay here.

If the Empire is good for anything, they can d*mn well build.

Please respect and enjoy the peace.

What ever remained of the natural world belonged to the emperors.

Words have a way of fanning into wild fires.

When people are afraid to do the job right, they are certain to do it wrong.

When I’m nervous I count primes.

Why let me come all this way just to arrest me?

I risked my life coming here and now you want me to risk it again, just to support your numbers?

This building will burn one day. Stealing is a mercy.

I know you have torn the words from speakers face and can not been seen by God.

You claim to be able to predict the future.

A rotten tree trunk appears strong, until the storm breaks it in two.

I’m trying to soften the fall.

We shall me in the dark for 1,000 years. And if that is all, we should thanks the Gods for it.

History is littered with shallots and false desires.

Dr. Seldon’s calculations are correct. The Empire is dying. 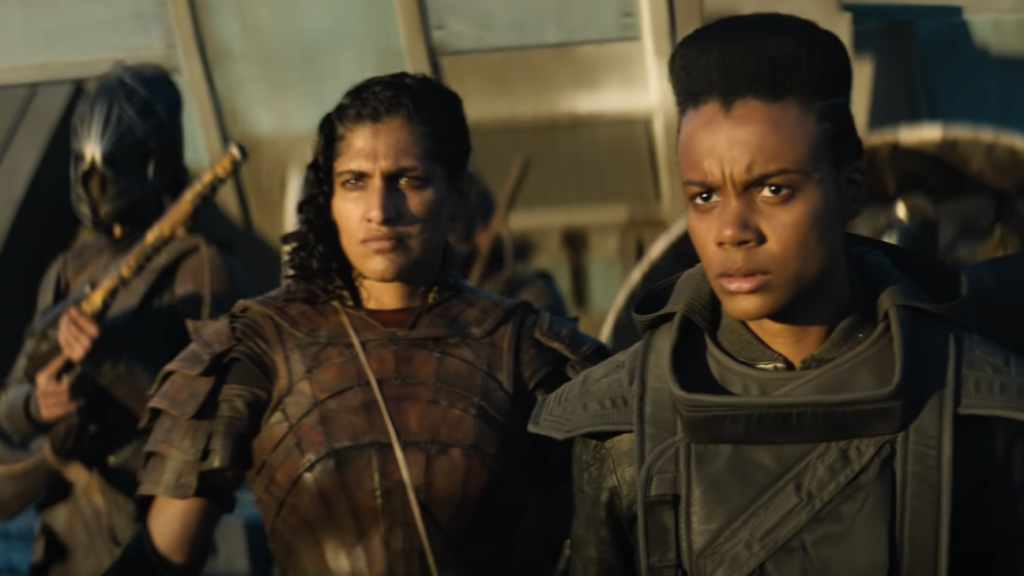 Only he can shorten the darkness. Kill him you kill hope. Kill hope, they kill you.

You can’t save yourselves but you can save your legacy.

It takes more power to build than to burn and I want to build, Hari.

Why stop at one world, why not save the galaxy?

Someone’s going to hang for this. I’d like it to be the guilty one.

This ship wasn’t designed for pregnancy.

I know what we are doing on this ship isn’t real living. They are just preparing us to live. Well, some of us.

The Sleeper dreams of the future.

There’s no sin for curiosity.

The most advanced math is like a sixth sense.

Shame grows in darkness. You have nothing to be ashamed about.

How will we know what those things are, if we can’t even agree on them?

Apparently I am better at predicting the future than I am at remembering the past.

I’m just afraid I don’t know which mistakes are important.

I want it all.

That’s what people are, scared. Which is why the best face we can project now is one of strength.

Our world will live on.

Go back to your worlds. Tell the living and the dead you failed to save them.

In the near darkness of my life, I shouldn’t take anything for granted.

Lets let the girl have the stage.

We will build something greater in his honor, for you.

No wonder the Empire loves you so.

Strange, watching yourself being born.

To be alive is to know ghosts. We hear their whispers if we listen. We haunted by profits all.

We ignore the dead at our peril.

The ghosts of the dead brought the skeletons to our house. And they are hunger for what was ours.

Do you offer the pleasure of nothing? Is that on the menu?

There is a deadness inside her.

She ants everyone to die.

You are saying I am not part of God’s plan.

Your weapons are only as good as the man who is wielding it.

I only see what the Empire wants me to see.

Do I matter? Are my choices my own? Or is my destiny governed by an unseen hand?

You are haunted by a ghost of a man long dead.

The fate of one individual will always remain a mystery.

When the planet wants you dead, you die.

Who are you to question the Sleepers word?

The beauty of math is that it is pure. 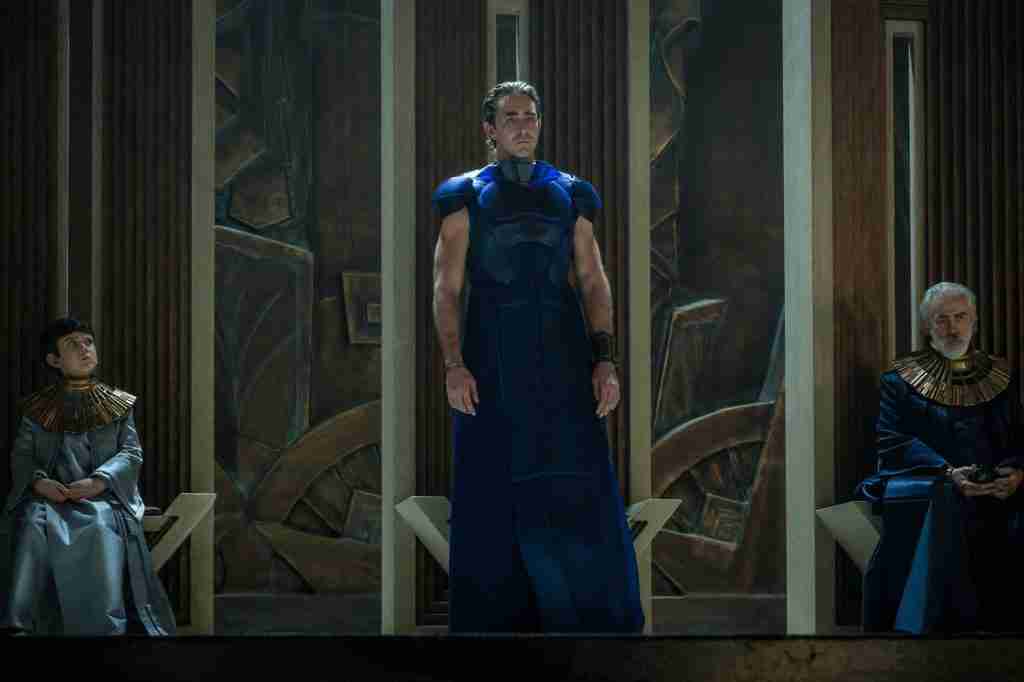 Even waking up, the terror continued. Like an echo whispering.

I was told the Empire could create or destroy worlds.

When space folds, the human mind can’t tolerate the discontinuity.

The goddesses didn’t choose to be split into three.  They long to be reuniter together again.

The water is from the womb from the mother itself.

This whole thing collapses because you stay with her.

If you can see beauty it is.

He said an entire galaxy can pivot around an individual.

As the galaxy changes, so must we.

Our lives and these bodies may be brief but our souls are endless.

So, you knelt before a demigod?

I see someone has coached you well.

This man was blinded by the sun. Many others died trying to reach the mother.

You are not brothers. You are the reverberation of a dead mans ego.

The only reason you venture down here is because you know people listen to me.

If a Klion is ever damaged or killed, these are their replacements.

My job, my reason for living is to be a perfect copy.

I have to blend in or I die.

For the first time in centuries we can look up and see real clouds, real stars.