My Little Pony: A New Generation introduces the ponies we all love to a new generation. With a sweet message of unity and friendship, this is one the entire family will enjoy. Check out my parents guide movie review. 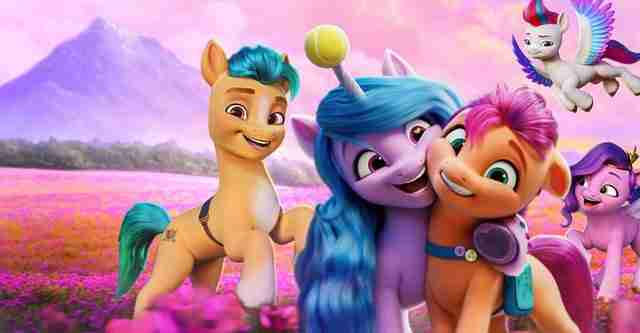 My Little Pony: A New Generation is coming to Netflix this Friday, September 24th. The lovable ponies we all grew up on are back to entertain a new generation with a positive message of unity, hilarious jokes, and some catchy tunes. The film includes a star-studded cast and is sure to be enjoyed by fans new and old. Check out the details in my parents guide movie review.

The unimaginable has happened…Equestria has lost its magic! Earth Ponies, Unicorns, and Pegasi are no longer friends and now live separated by species. But idealistic Earth Pony Sunny (Vanessa Hudgens) is determined to find a way to bring enchantment and unity back to their world. Teaming up with open-hearted Unicorn Izzy (Kimiko Glenn), the pair travel to faraway lands where they encounter the likes of charismatic and brave Pegasi Pipp (Sofia Carson) and Zipp (Liza Koshy) and the ever-responsible fellow Earth Pony Hitch (James Marsden). Their mission is full of misadventures, but these new best friends each possess their own unique and special gifts that may be just what the ponyverse needs to restore magic and prove that even little ponies can make a big difference. 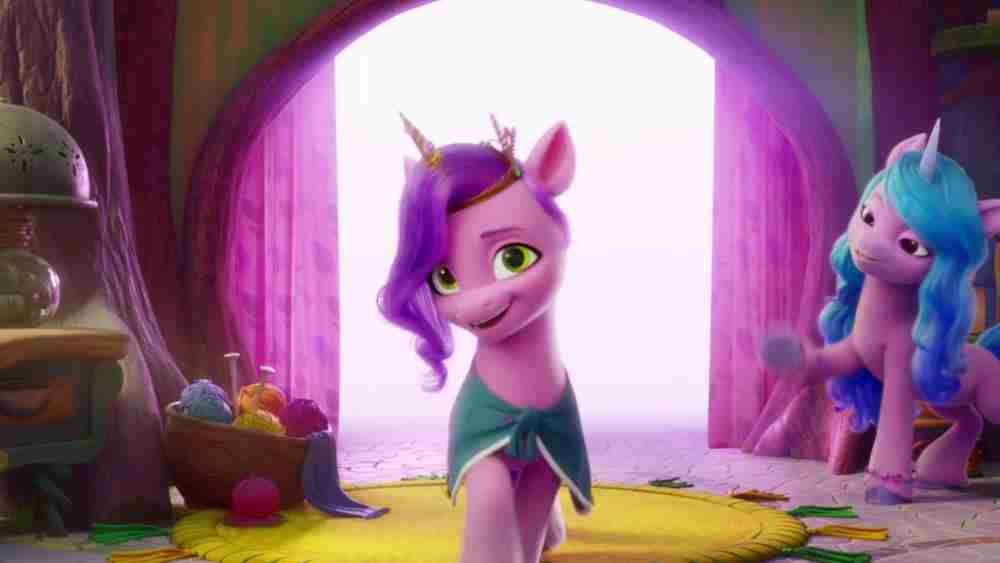 Lets take a look at what parents need to know before allowing their kids to view My Little Pony: A New Generation.

Language: The language in My Little Pony: A New Generation is very mild. The harshest words viewers will encounter includes: brute, stupid and phrases like “kick their butts.”

Mature Content: The film is very family friendly and appropriate for all ages. There are a few moments which could frighten younger viewers when some ponies are put into danger and attacked by robots, but overall it is extremely safe for kids to view.

There are so many great things about My Little Pony: A New Generation but the one thing which will stand out to audiences right away is the animation style. The film was produced in theatrical-quality, 3D CGI animation for the first time in a My Little Pony movie and immerses audiences into a lush, fully realized pony world. The ponies look so real and the terrain is gorgeous, it feels as if you are really projected into the land of the ponies.

The cast was not short of A-list actors including Ken Jeong, Jane Krakowski, James Marsden, and Vanessa Hudgens. The each brought their unique style and flair to the roles, it made for a fun and fantastic melting pot of talent.  Along with the stellar cast, the soundtrack in My Little Pony: A New Generation is catchy, fun and will sure to be stuck in your head days later.

Most importantly, the message of unity and friendship rings loud throughout the film. There is a political vibe which will go over kids heads but may resonate with adults. The film begins with “fear” in each pony land, the Earth ponies fear the Unicorns and the Pegasi’s and vice versa and there is even a song about welcoming your neighbors in lieu of “building your wall” which resembles the political climate of today. My Little Pony: A New Generation is not afraid to tackle the difficult subjects while relating the message of friendship, which is a reoccurring pony theme throughout the generations. It seems to be the one message the ponies purvey each time out, which isn’t a bad thing by any means.  Getting along despite our differences is something we all desperately need to adhere to, and these ponies are back once again to let you know! 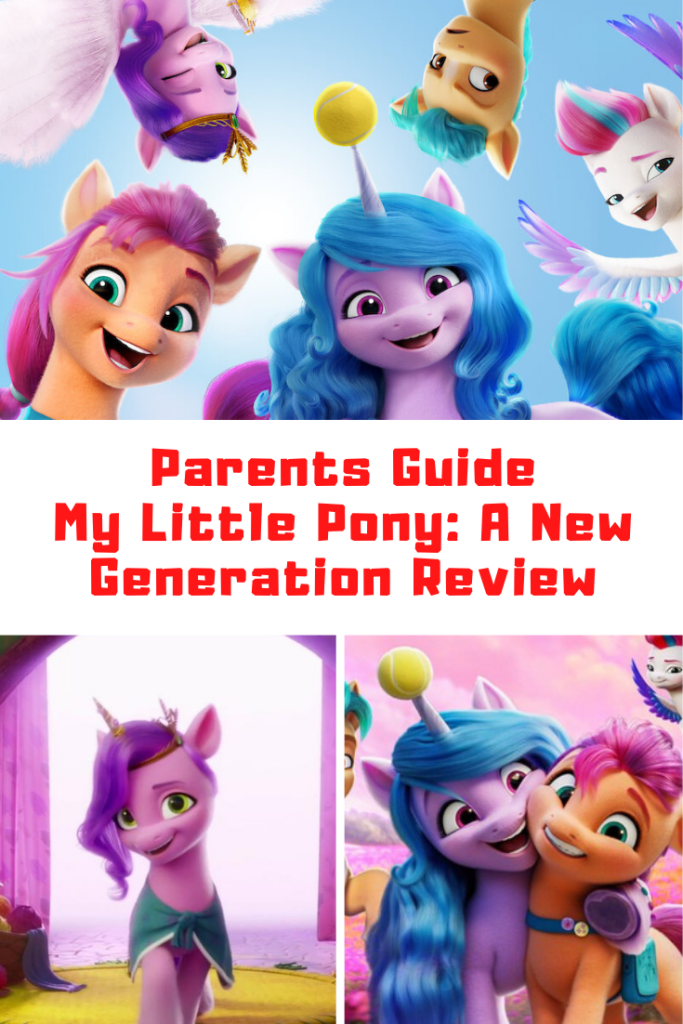