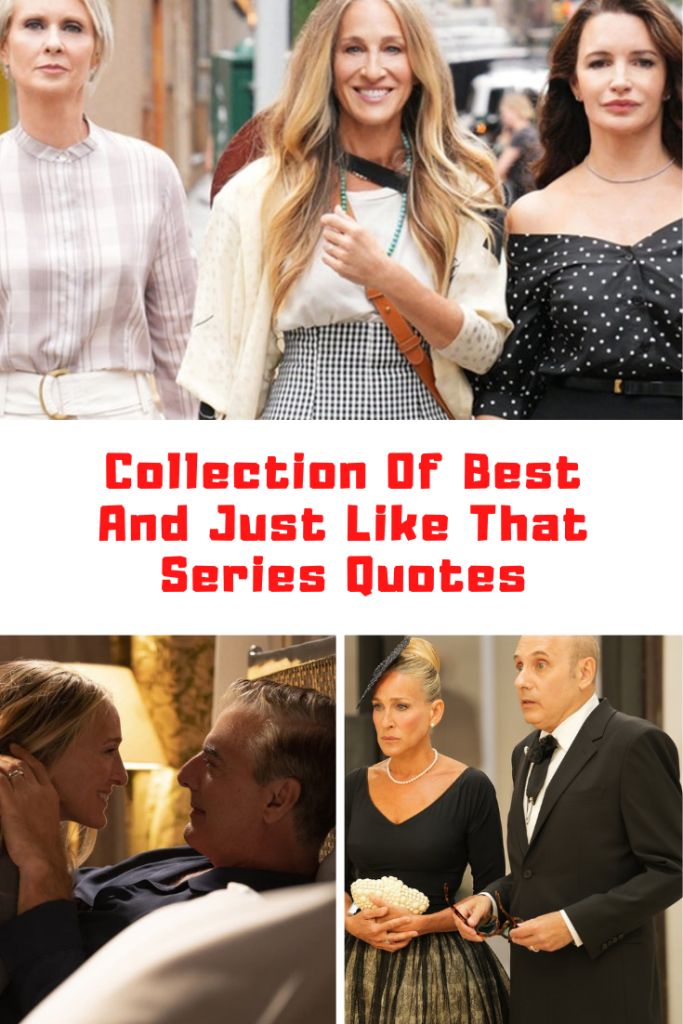 HBO Max And Just Like That series dropped its first two episodes thispast week. I will have a review of the series coming soon, so make sure to stop back by to check it out. It will be linked down below. In the meantime, I wanted to share a list of some of the best quotes from the show. Check out this list of the best HBO Max And Just Like That quotes.

If you enjoyed these HBO Max And Just Like That quotes, check out these other articles: Spider-Man: No Way Home quotes, HBO Max Landscapers quotes, Don’t Look Up movie quotes, Swan Song movie quotes, Being The Ricardos quotes, Amazon Prime Video Harlem quotes, Back To The Outback quotes.

Remember when we had to legally stand 6 feet apart from each other?

Do we hug or bump elbows? Sign language? Smoke signals?

I stepped on my son’s semen before coffee.

We can’t just stay who we were.

I have to go do a podcast; they are like jury duty now.

I always thought the four of us would be friends forever.

Why don’t we see women jerking it on the subway?

I say this with love, you better step your p*&&y up. 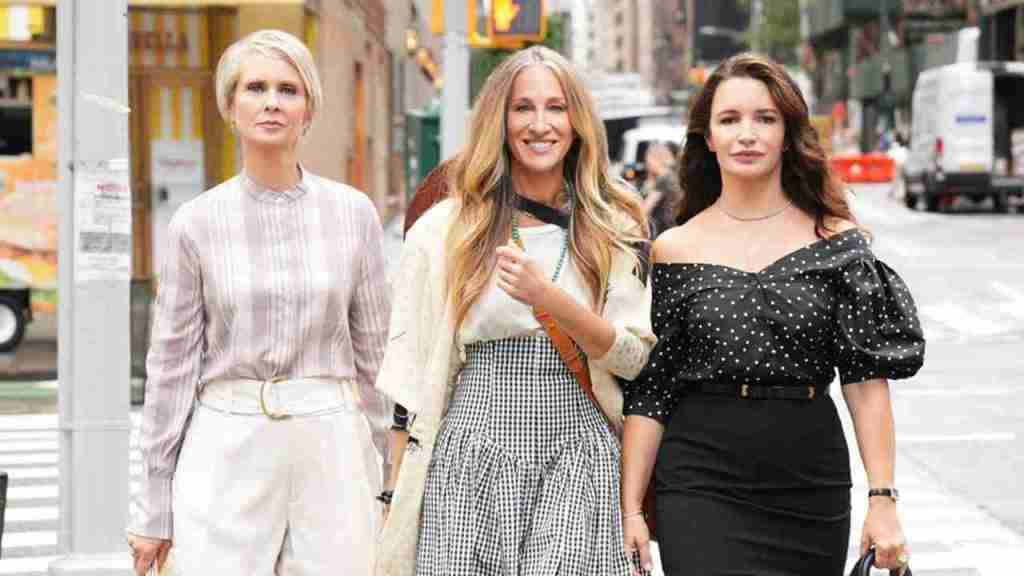 I think my soul just left my body.

We will not be sex shamed.

What do I do now?

This place is about old people and death.

One of the important take aways I got for being an anti-racist is you have to speak on it. You have to call it out.

It’s a funeral, not “TheMoth.”

If it were you in that box, I’d be a total mess.

What are you? Some kind of funeral pot pusher?

What part of no flowers do orchid people not understand?

That was unclear to me if that was a white savior moment or not.

You can’t blame yourself, Carrie. You can’t.

And just like that, I learned how long five hours can be.