Violent Night is a friggin blast! It’s hilarious, gory, action-packed, and full of heart. Check out the details in my parents guide movie review. 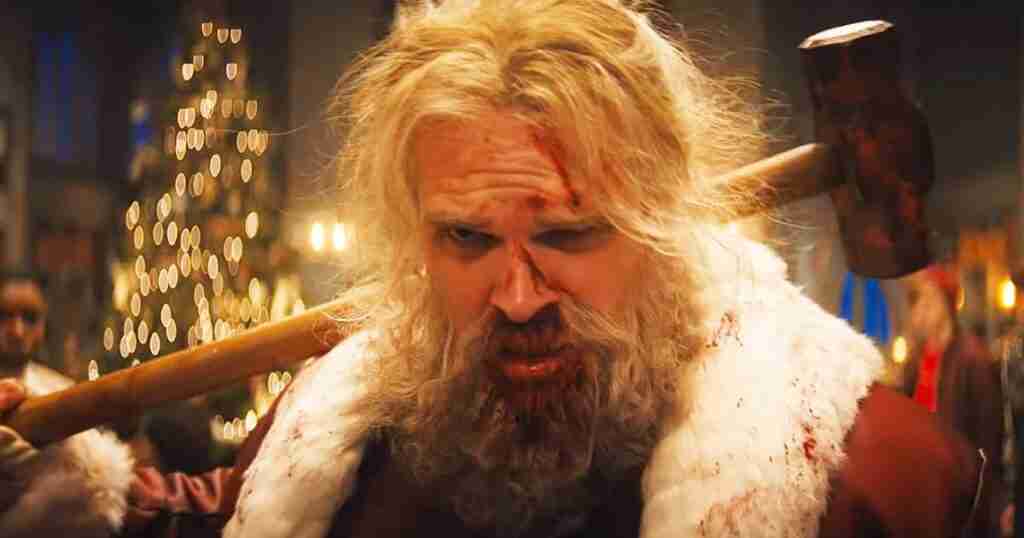 Violent Night drops in theaters across the nation this Friday, December 2nd. The film stars David Harbour as a foul-mouthed, badass Santa Claus who is losing the Christmas spirit and John Leguizamo as Mr. Scrooge, a code name used as he and some of his goons set out to rob a wealthy family of their millions and Christmas joy. Check out all the details in my parents guide movie review.

In Violent Night: An elite team of mercenaries breaks into a family compound on Christmas Eve, taking everyone hostage inside. However, they aren’t prepared for a surprise combatant: Santa Claus is on the grounds, and he’s about to show why this Nick is no saint. 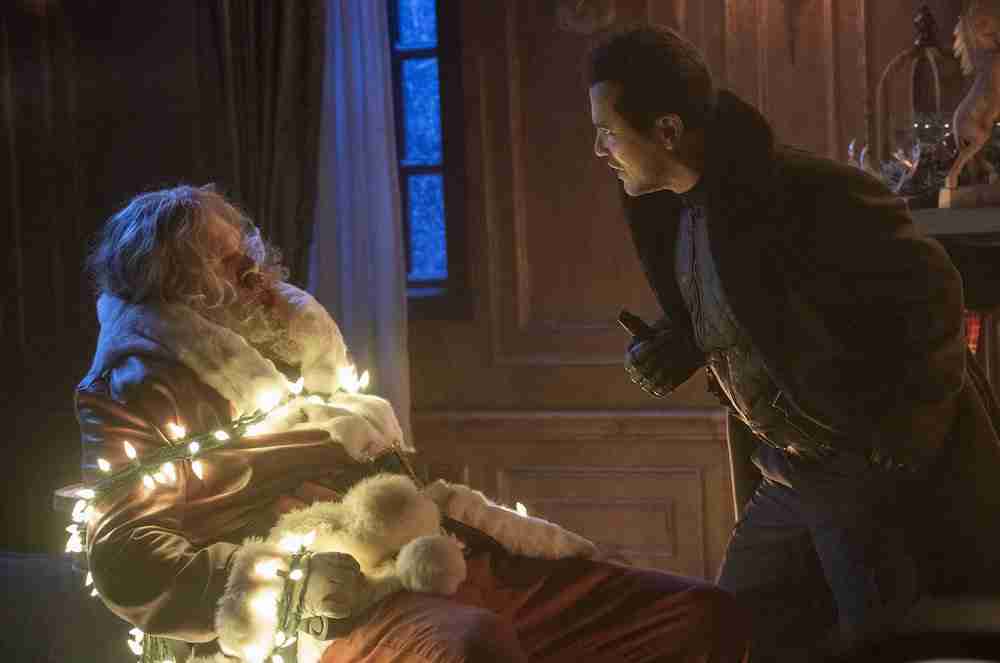 Let’s take a look at what parents need to know before letting their kids watch Violent Night.

Mature Content: The biggest concern for parents in the film, other than the language, is the violence it contains. Characters are shown in hand-to-hand combat, shooting guns, wielding knives and sledgehammers as weapons, and being killed in a variety of gory and graphic ways, including stabbing, being beaten to death, being caught on fire, exploding, being decapitated, and many more. There are a few scenes that are particularly hard to watch, where a character is stabbed in the eye with a star and then electrocuted. There is also a “Home Alone” type of scene that has some characters injured and even killed by lethal booby traps. The scenes are gory and graphic. The film doesn’t have any sex scenes or nudity, but characters are shown consuming alcohol and becoming intoxicated, including Satana himself.

The new film Violent Night is the result of taking some of the audience’s favorite Christmas films and themes and molding them into an action-packed success. One of the best ways to describe it is if one were to take the movie Bad Santa, with a crude, foul-mouthed, and intoxicated Santa Claus, and mesh it together with Die Hard, where mercenaries attempt to steal millions on Christmas Eve, with a sprinkle of Home Alone and some Elf for good measure. The result of this odd mixture of holiday films merging into one of the most entertaining holiday movies in decades.

The cast of Violent Night is exceptional, each delivering extremely strong performances, balancing humor, violence, and the Christmas spirit with perfection. David Harbour plays a Santa Claus who has lost his jolly and is given the almost unattainable task of delivering a Santa who is crude, foul-mouthed, void of the Christmas spirit, and often intoxicated, yet also softhearted, caring, a total badass, and a hero in some respects. Harbour not only met but exceeded these challenges, delighting viewers with a unique version of Santa that is easy to rally behind. While this Santa may seem like a Scrooge at times, there is, in fact, a Mr. Scrooge in the film, played by John Leguizamo. Leguizamo leads the squad of mercenaries, each with a holiday code name such as “Gingerbread” or “Frosty,” and is menacing while also being hilarious at times. It is clear the actor had a blast in the role, at times giving audiences some over-the-top silliness, like his proclaiming about “Santy Claus,” that will have viewers in stitches. The rest of the ensemble cast all gave strong performances, and each definitely had their moments to shine. Beverly D’Angelo, who is no stranger to appearing in holiday films as a Christmas Vacation alumna, plays the Lightstone family matriarch and is almost unrecognizable due to her aging and playing a stern and often bleak character, a complete 180 from the chipper roles we are used to seeing her in.

Violent Night runs at 1 hour and 52 minutes, but the length is never felt due to the constant action and banter between characters. Make no mistake, it is indeed a “violent” night, with sequences that will have audiences either cringing in disgust or happily embracing the carnage in delight. But the movie isn’t a non-stop gore fest either. There are touching moments of heartfelt warmth and others of ridiculous nonsense. It isn’t a perfect movie, but it feels perfect for this holiday season. It quite literally has a bit of everything for everyone, and when the opposition is the ever-expanding sea of Hallmark movies that are basically the same movie re-released ad infinitum, Violent Night is a breath of fresh air. It would be great to start seeing a slew of more irreverent holiday movies such as this each year to break up the monotony of cheesy, sappy, monotonous dreck. 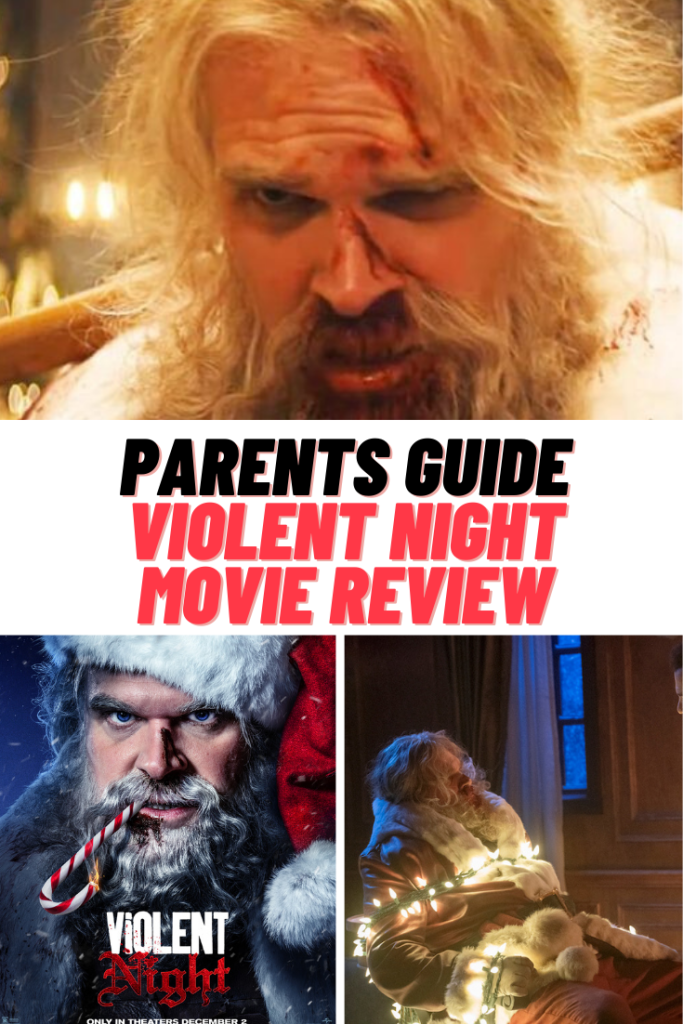