13: The Musical is a fun and peppy adaptation of the 2008 Broadway musical that teens will enjoy. Check out the details in my parents guide movie review. 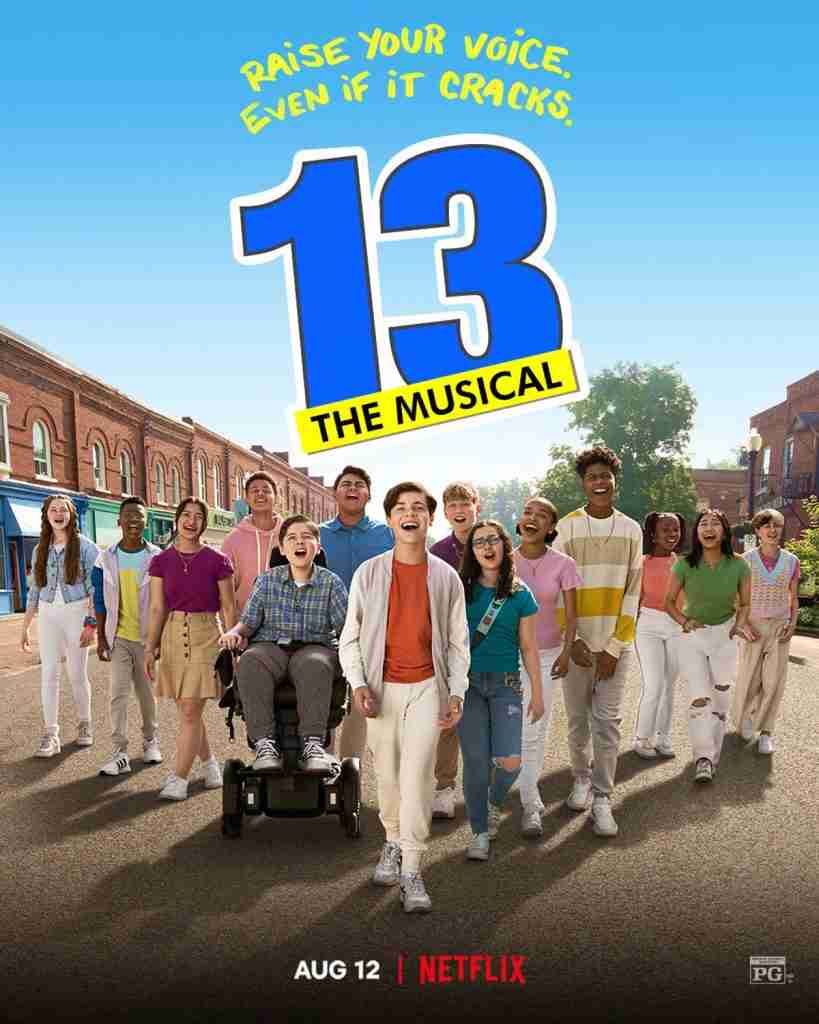 Netflix’s 13: The Musical dropped on the streaming service today, August 12th. The film is adapted from the popular 2008 Broadway musical, which stars Eli Golden and Debra Messing. The Broadway musical promoted the show as an “all-teen cast,” even featuring Ariana Grande in a small role. However, writer Robert Horn expands the story by adding a few adults. Check out the details in my parents guide movie review.

In 13: The Musical – Following his parents’ divorce, 12-year-old Evan Goldman (Eli Golden) uproots from New York City with his mother Jessica (Debra Messing). With his Bar Mitzvah fast approaching, Evan is devastated that he must leave all his friends, his father (Peter Hermann) and his rabbi (Josh Peck) behind. But upon arriving at his grandmother’s (Rhea Perlman) house in small-town Walkerton, Indiana, he hatches a plan to win new friends by turning his Bar Mitzvah into the coolest party ever. As an outsider navigating the complicated social circles of his new school, Evan quickly finds out he’s not the only one grappling with the all too familiar anxieties of eighth grade. While his new friends Patrice (Gabriella Uhl) and Archie (Jonathan Lengel) fret over the fate of the planet and unrequited love, respectively, popular cheerleader Lucy (Frankie McNellis) desperately plots to stave off a first kiss between her crush Brett (JD McCrary) and best friend Kendra (Lindsey Blackwell). To make matters worse, Evan invites the popular kids to his party—who aren’t fans of Patrice. With these competing interests in play, Evan faces the impossible task of bringing everyone happily together in time for his party, or else risk social ruin. Suddenly, turning 13 isn’t looking as good as it’s cracked up to be. 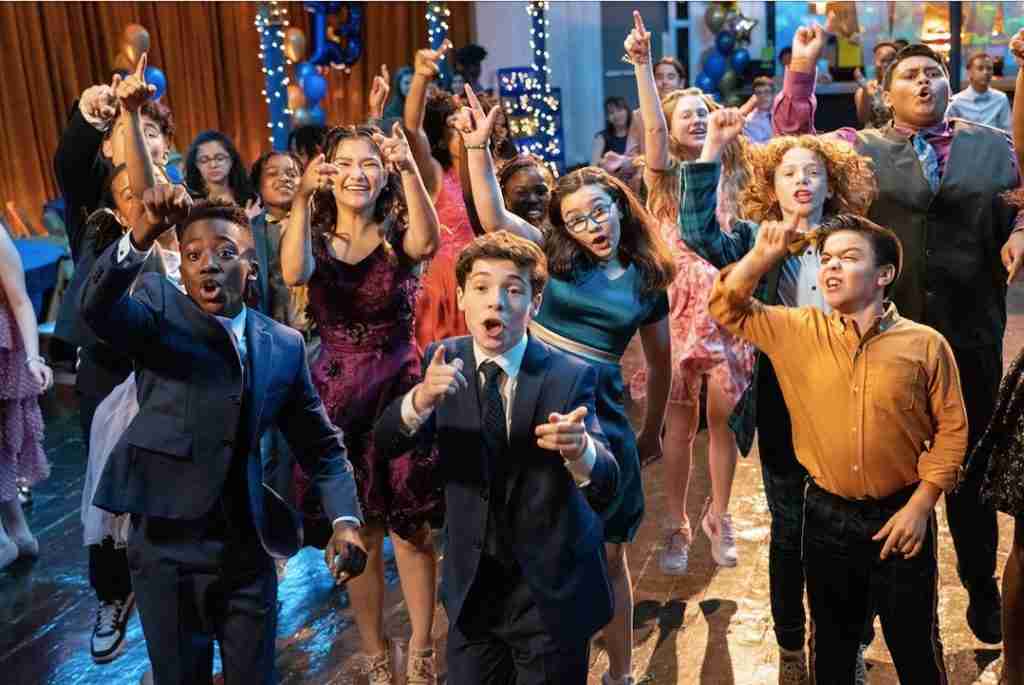 Let’s take a look at what parents need to know before letting their kids watch 13: The Musical.

Language: 13: The Musical contains mild language, with the strongest words viewers will come across being “fools” and “losers.”

Mature Content: The film is wholesome viewing and is appropriate for all ages. There is a theme surrounding the divorce of parents, which may be triggering to some viewers.

The Broadway show, 13: The Musical, was not a super huge hit in its day. However, it seems the show was destined to be made into a film targeted directly at the teenage audience. The original Broadway musical was proud of its “all-teen cast,” and while the film adaptation includes a few adults, it mainly focuses on high school popularity and romance, which teen viewers will relate to.

The best part about 13: The Musical is the songs, of course! As a musical, the film excels at delivering catchy and snappy tunes that aid in progressing the story well and turn situations like crushes and first kisses into toe-tapping delights. And like in every popular teen-based musical film, the dance ensembles that accompany each number are a pleasure to watch. While not everything is perfect about the movie adaptation, as it is apparent the budget wasn’t very high on the production side, it does a good enough job to give teens an entertaining treat to enjoy.

13: The Musical has a run time of 2 hours, which may seem a bit lengthy for a teen flick like this. However, the film doesn’t drag, is paced well, and flies by as the audience is enthralled by each musical number. The story itself is interesting, with subplots surrounding easily relatable issues for a teen audience: divorce, first kisses, and puppy love. The stars of the film, Evan Goldman and Debra Messing, give genuine and authentic performances, but the rest of the teen cast can be hit or miss, sometimes feeling as if the film was an after-school PBS special.

Overall, 13: The Musical will appease the teen audience it was made to target. Fans of musicals will enjoy it assuredly, but it likely won’t find its way into their top 5 of all time. Nothing special, but nothing overly horrible either. 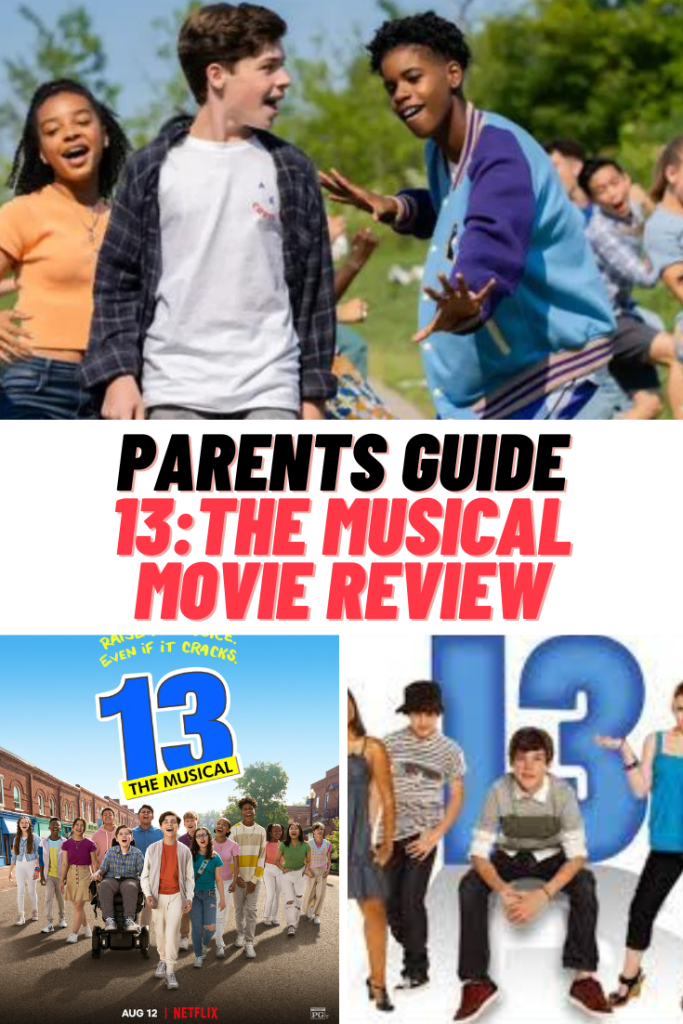