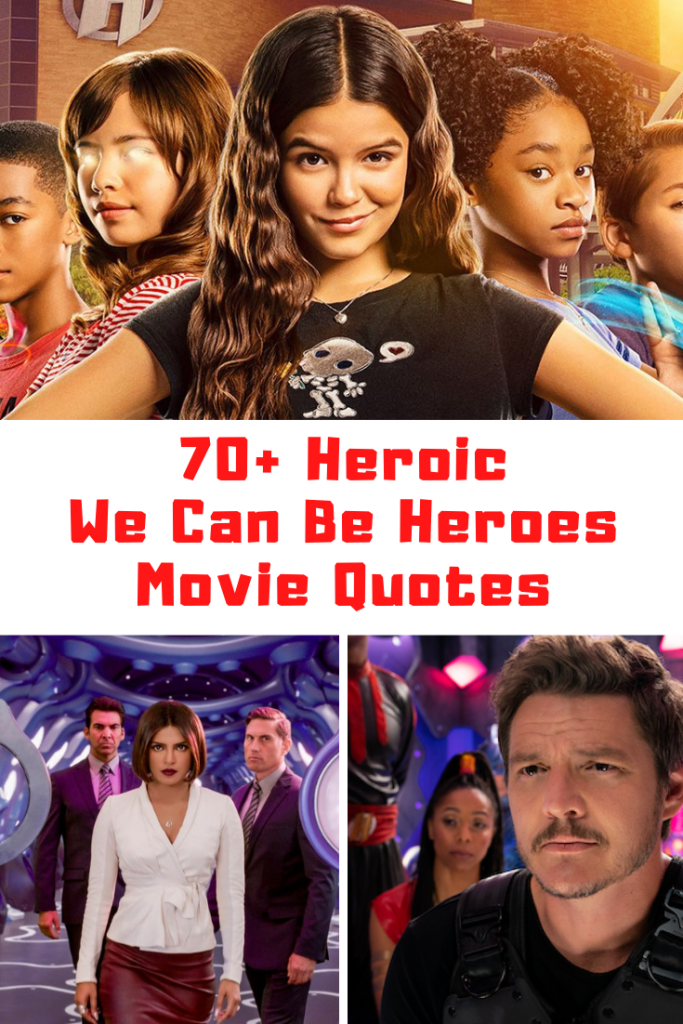 We Can Be Heroes is out on Netflix TODAY, a perfect movie for the kids to watch for Christmas day! With stars like Pedro Pascal and Priyanka Chopra in it, you know it will be a delight! I will have a review coming soon, so make sure to stop back by, it will be linked down below. In the meantime, I wanted to share some of my favorite quotes from the film. Check out these 70+ heroic Netflix We Can Be Heroes movie quotes.

We Can Be Heroes Parents Guide Movie Review

We Can Be Heroes Movie Quotes

In a time in the world where things were feeling less and less certain, there was one thing you could always count on the Heroics.

When am I not careful?

Do these clowns not know who I am?

Just a quick selfie for my socials while I stop this thing.

This was the day our heroes fell, all of them.

I see you are wearing “Leave me alone.”

Got the force fields up today so something’s going down.

The tip of the spear. This is what we are really up against.

You should always keep them or you are a big fat liar that cannot be trusted again.

She only speaks through her drawings.

He can rewind time but just a few seconds.

You don’t have any powers. 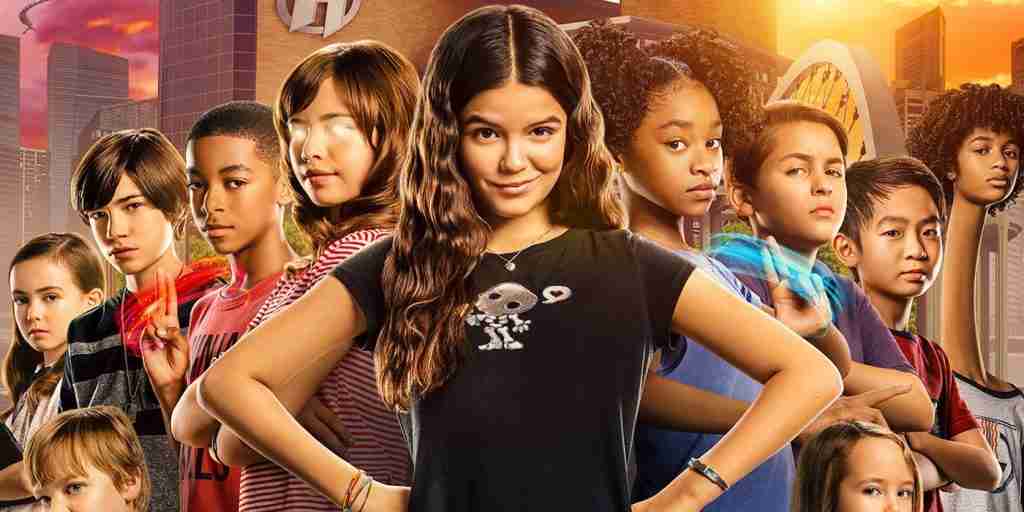 All of the Heroics have been called into action against the alien threat.

No one’s ever taken down Miracle Guy.

It looks like our heroes are fighting amongst themselves again.

I promised I wouldn’t be a hero anymore. But I’m still the leader of the Heroics and a good leader leads by example.

The Heroics have fallen.

How did this guy get to be President? He can barely put two sentences together.

The last look on my dad’s face will haunt me forever.

She can draw the future.

To protect your butts when you hit the ground.

I told you your plan will work.

We need to find that train.

You don’t have to be dead to be a legend.

It’s not about who is the strongest or fastest, it’s about working together.

Your powers are useless if you don’t stay calm and control them.

There is something you should know Mr. President. I didn’t vote for you.

We have a world to save.

We just have to stick together.

We have to blend in, be stealth.

We all believe you can.

Do you children have any idea what you’ve done?

You kids are just like your parents. The same in-fighting, the same bickering, putting your own egos above your team. 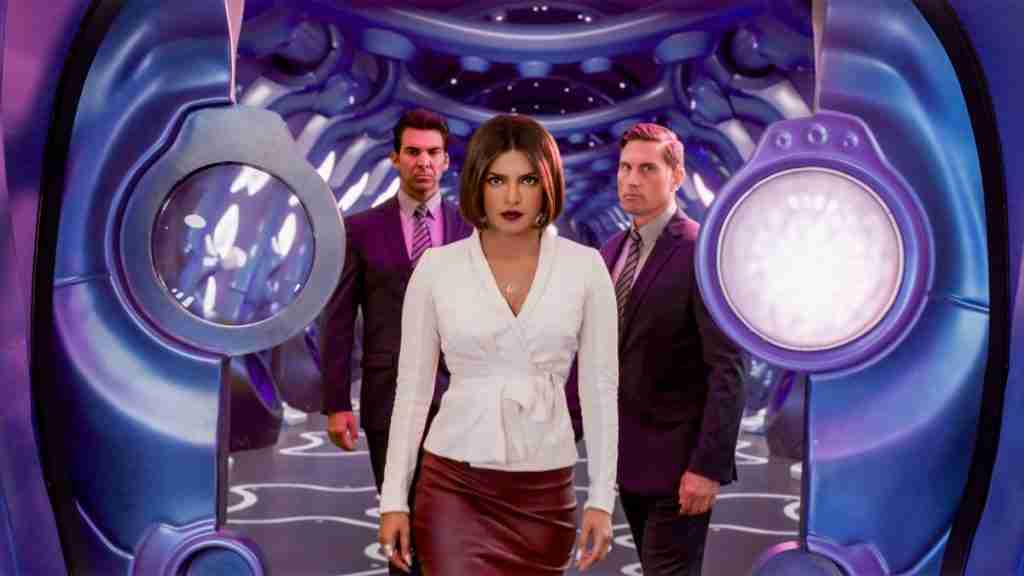 Enough thinking, I’m going to punch my way out of here.

That love we feel is real and it is that love that will get us out of here.

You just saved us.

Alone our powers are special but together, we are unstoppable.

Work together. I’ll help you.

I could always talk. I just chose to listen and observe instead.

We got the one with the useless superpower?

Now you can be impressed and defeated.

Game’s not over yet.

She believed in my, now I believe in myself.

The takeover is happening.

The takeover of power, from your parents.

It’s not enough to be strong, powerful or even magic. If you do not use your strengths together and with good judgement, you are doomed.

On our planet, the children are in charge. 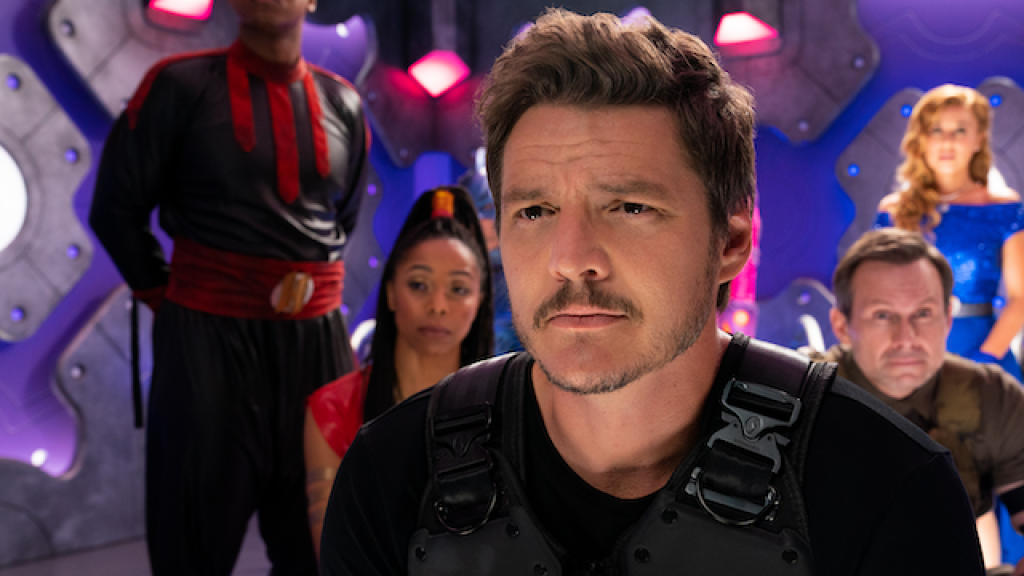 From one leader to another, as we each head off to face the challenges of the universe, can we count on you to not just help save your planet but the entire galaxy?

When you need us, we’ll be there.

You’re stronger than I’ll ever be.

You two make such a great team.

I should get captured more often.

This was the day our heroes fell but others did rise.

We will be ready.