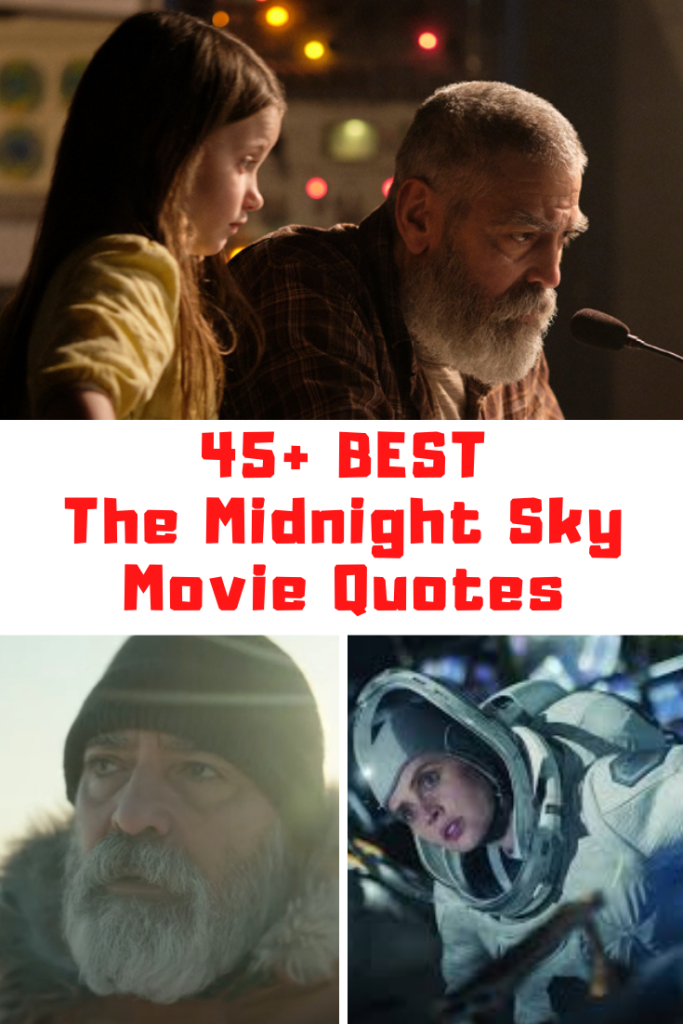 Netflix dropped the new George Clooney film today, The Midnight Sky. The film is an apocalyptic tale, and has been out in theaters a few weeks but is finally available to stream. I will have a movie review coming soon, so be sure to check back, it will be linked down below. In the meantime I wanted to share some of the best quotes from the film. Check out my collection of the 45+ best The Midnight Sky movie quotes.

Terminal patient outlives the rest of humanity. Someone should put you in a medical journal.

How much of what you’re searching for is reality, and how much of your planet is just bulls&*t?

Aether will be in range in 11 hours and 54 minutes.

Is anyone out there?

That’s Aether, a space ship from far away, coming back from a planet that we hoped would be our future. But things didn’t quite turn out that way.

The fact that we can’t contact the K-23 colony flight and can’t raise Mohave on any frequency, our obvious conclusion must be that the fault lies with us.

If this were a less experienced crew, this ship would be in full-blown panic.

Mission Specialist Sullivan is now breaking every protocol as she attempts to make any kind of contact, including China, India and Russia. This action is under my direction.

Every question we set out to answer, we did, except the one that lingers in the air. Why is it so quiet?

There is no rule that says you have to touch everything. 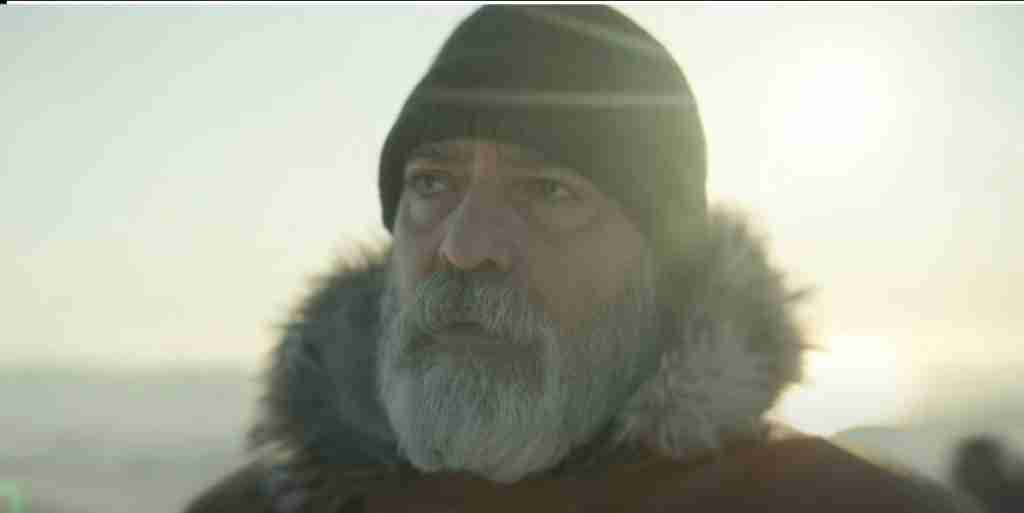 It’s the most important star in the sky. if you ever get lost, it will help you find your way.

I got into NASA because I was damn good at mathematics.

If you want her to know about you, you can introduce yourself.

This machine is designed to detect alien life forms that might invade our system.

We’re having a girl.

Did you love her?

I thought I’d lost you.

Hyacinth. It was my mother’s name.

For some reason, you’re the only personthat wants to talk to me. We’ve lost contact with NASA and everyone else.

How much have you picked up about the conditions on Earth?

NASA can worry about how to unload their supply canisters when we get back.

I don’t ever like to miss a chance to stroll around the block.

I could throw up again.

Get out of there now!

Let’s get inside before Maya breaks something else.

What did I do wrong? 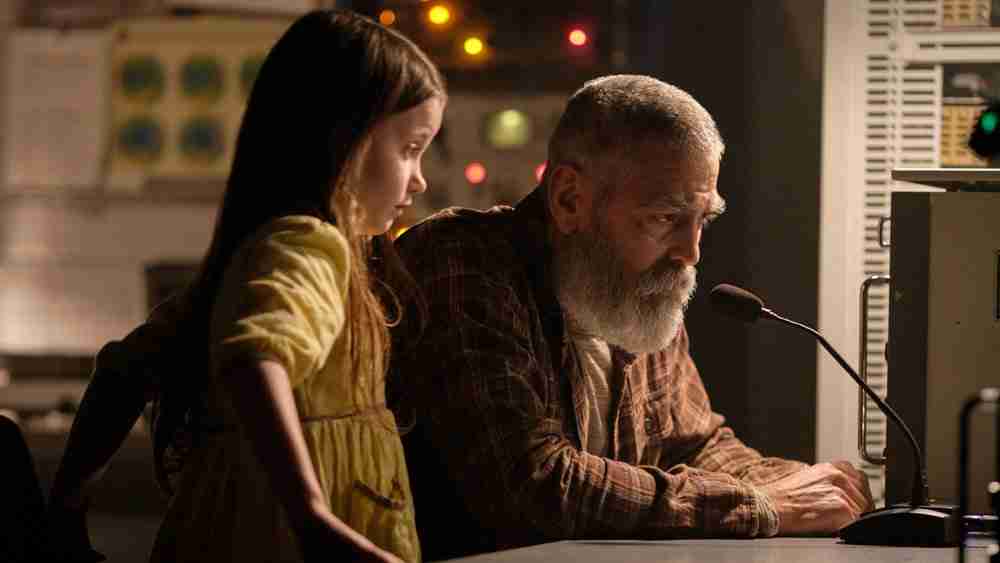 We just got our first view of Earth.

I’m afraid we didn’t do a good job of looking after the place while you were away.

All survivable areas are underground.

Deviate our approach to Earth, then make gravity our friend to save fuel on the turnaround.

There’s nothing left for us down there.

I don’t know if you know what’s going on down here but, we’re being asked to evacuate.

It’s your job to turn the ship around, start a new life. Do better this time. But it’s my job to keep a promise that I made to my family.

Benn thinking a lot about time and how it gets used and why. Why one person lives a lifetime and another only gets a few years.

I want to take Maya home.

You discovered so much up here.

You pointed to an incredible world. I wish you could have seen it.

It’s like landing in Oz and seeing real color for the first time. I’ve never seen anything so beautiful.

I guess it’s just us now.