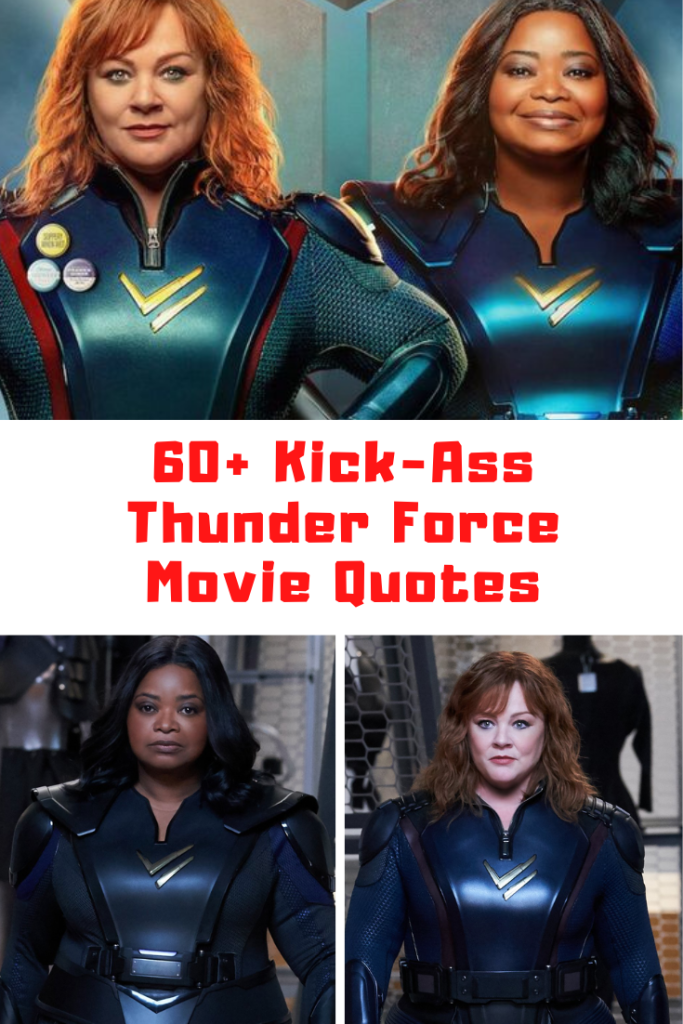 Netflix’s Thunder Force, starring Melissa McCarthy and Octavia Spencer, drops on the streaming service tomorrow, April 9th. I will have a movie review coming soon, so make sure to stop back by to check it out, it will be linked down below. In the meantime, I wanted to share some kick-ass quotes from the movie. I love me a good line and this film had some really good ones! Check out this list of 60+ kick-ass Netflix Thunder Force quotes.

Unfortunately these superpowers were unlocked in rare individuals who were genetically predisposed to be sociopaths. These new superhumans came to be known as Miscreants.

I vowed that day to make it my life’s mission to stop the Miscreants.

Someone’s gotta fight against those Miscreants.

Thanks Lord for making such kick-a** food, if Jesus was here he’d crush it.

I’m trying to do something with my life, Lydia.

I owe it to my parents to be something special.

The Miscreants are winning, Lydia.

Estranger, I think puts a stink on it, it might not warrant.

Not how I thought that one was gonna go.

It’s not a massage chair, you idiot.

I’ve worked for this my entire life and you’ve ruined everything.

I finally finished the work my parents started.

If you stop the treatments, it’s entirely possible your body will explode over the weekend.

You had a secret kid for 20 years?

She’s a chip off the old nerd block, huh? 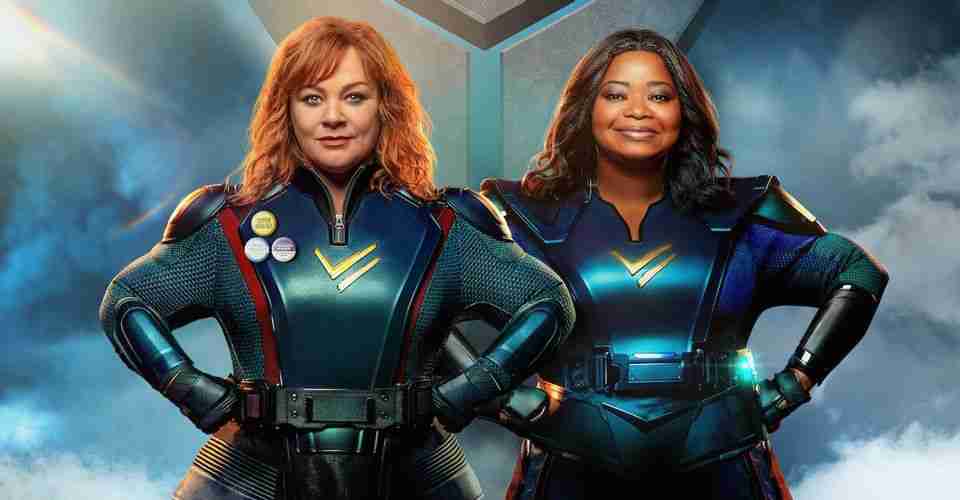 Everything about you will become stronger, including your skin, your vascular and skeletal systems, making it more difficult to hurt you.

According to this, your bladder did release some urine.

It’s a very large pill and I had to go off dairy for this.

I’m not an animal.

I am all powerful!

Nobody wants to get saved by someone named Emily.

It’s time to do what you were made to do.

All kinds of things… rising.

I have incredibly strong thighs.

You’re cooking him from the inside out.

How can you not love ThunderForce?

Manipulating the media into believing that you’re a problem only I can solve. That’s how I win this stupid election.

This is a social visit, otherwise you would all be dead.

Come on lady girls. What side of history you wanna be on?

Can’t wait to kill you both.

I think we both prefer dudes.

If your secret is ThunderForce, you must think I don’t watch the news. You’re a meme now.

Now I want you two, strong women, to go out there, kick butt like the super heroes you are, and you don’t stop until the job is done.

The suit is getting ripe, I need to wash it.

I don’t like that guy. next time, kill him.

This city deserves whats coming to it, a party.

I’ve been let off the lease.

I have dedicated my life to stopping Miscreants and here you are acting like one.

Out jumps a radioactive crab, bites me in the genitals. 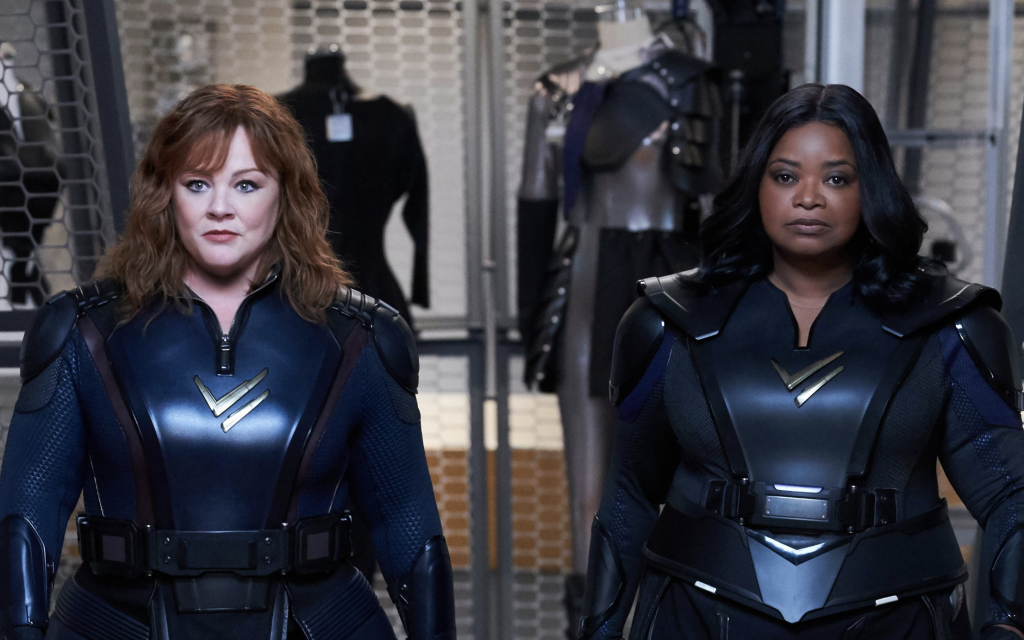 I apologize for raising my voice but i got bit on the ball bag by a radioactive crab, and I use to love shellfish.

Did you get surf and turfed?

I always keep Old Bay in my bra. You never know when you have to season something tasty.

Sometimes I don’t know if I’m mad at you because you always go crazy, or if I’m just mad at myself because I never do.

You made a loser into someone special.

You know killing people is not a recognized hobby.

Some people just deserve a dumpster.

I don’t really like this new “crab with a conscience” bit. I like my crab with a little hollandaise sauce, maybe a parsley garnish.

You didn’t think I was gonna let a couple of chicks get their hands on my big, beautiful bomb, did you?

You’re pretty strong for a girl but not strong enough.

If this goes bad, I just want to thank you for being my friend.

Your the best person I’ve ever met.