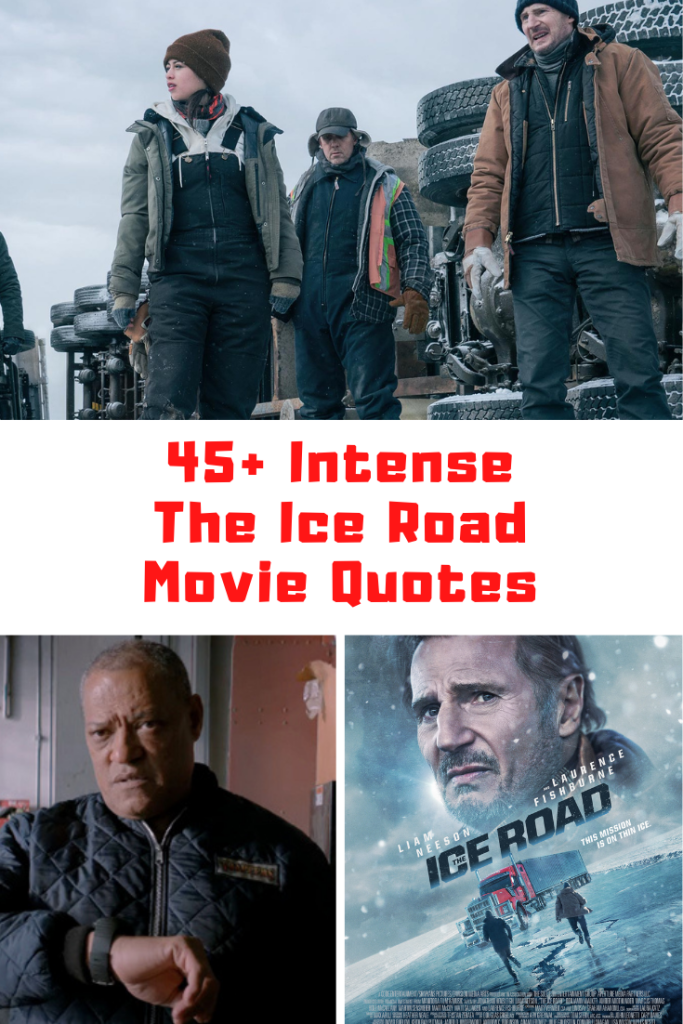 Netflix’s new film, The Ice Road, dropped on the streaming service yesterday Friday Jone 25th. I will have a movie review coming soon, so make sure to stop back by to check it out, it will be linked down below. In the meantime, I wanted to share a list of some of the best quotes from the film. I love me a good line and this had some really intense ones. Check out this list of 45+ best and most intense The Ice Road movie quotes.

We hit a methane pocket.

Is this how you guys still get your kicks?

He’s my brother. I told you to never call him that.

How do we drill and cap and methane pocket without a wellhead?

If I can get drivers and a mechanic, let’s say 3:00 this afternoon, and if you can get the provininal government to open up the ice road, two very big ifs, we’ll do it.

Anyone not out by now isn’t coming out.

No one’s ever lasted over 30 hours under permafrost.

We’re taking every chance to save those miners lives.

Each rig doesn’t need the others to complete the mission.

You two can paper, rock, scissors for the red one. She’s the one with the comfy seats.

I wish we weren’t running in the bright sunshone tomorrow.

Is it really that dangerous? It doesn’t seem like a big deal.

I thought we weren’t stopping for anything, you know all that “bull run” stuff? 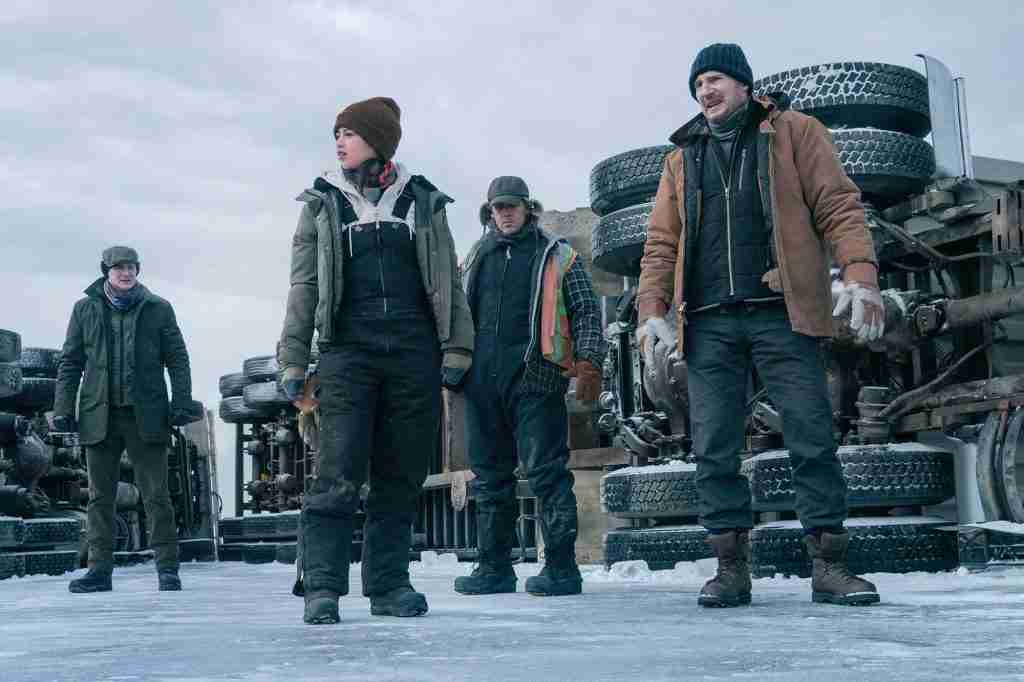 Do us all a favor Mr Varnay and get back in your truck.

Cut me loose or we are all going in.

We’re gonna have to run tied together, go!

We capsized for a reason. Now our weight is displaced evenly instead of on the tires.

You want to go back, go back. I suggest you do it quick.

I use to drink on the weekend without permission.

This isn’t about the money here, you idiots. My bother is in that mine.

They wanna decrease our numbers.

We’re not calling the shots down there, Fred.

Let’s just say I work for a different part of the company.

They want us to fail.

It’s not about money now. This is personal.

If you do this, it’s on your head.

You turned off the gas sensors for $100 a month?

These men are not the enemy, the enemy is up there.

Those b*stards, they caused the cave in and now they are trying to cover it up.

If they are gonna shoot us, they would’ve done it by now.

The other drivers are dead.

Gurty’s like that commercial. Takes a lickin’ but keeps on tickin’.

He saved my life, give him a treat.

It’s not as bad as it looks.

There is nothing in those emails that implicates us.

Do not stop until you reach the mine, got it?

We’re outside the oxygen window, we didn’t make it in time.

You saved my life.

You paid them to shut off their sensors? You’re disgusting.