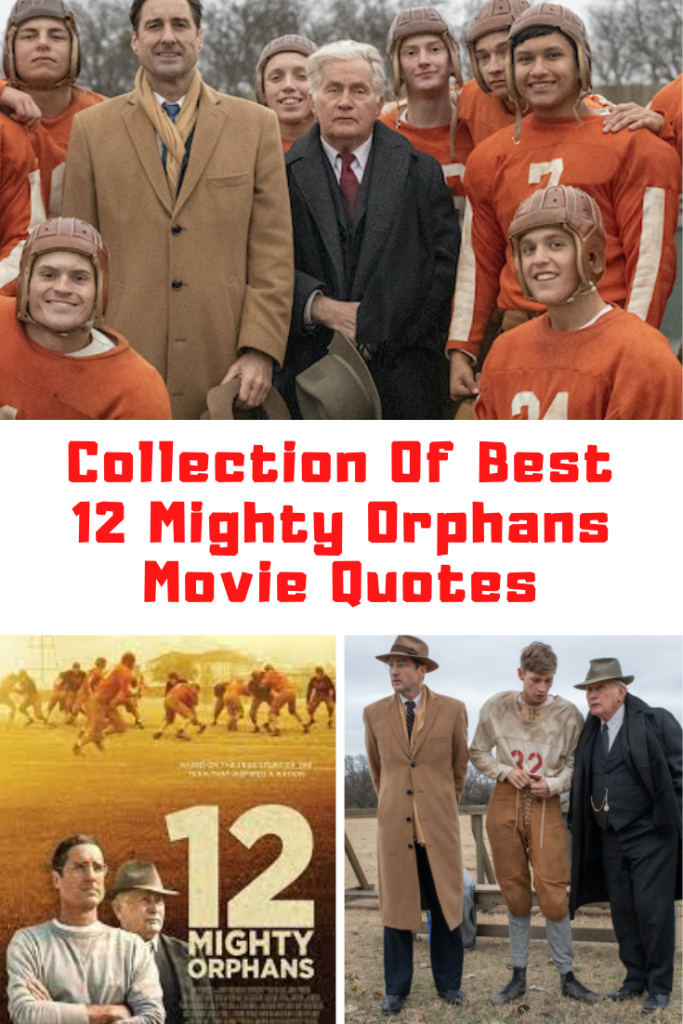 12 Mighty Orphans is now playing in theaters and based on true life events of orphaned boys who went on to become a promising football team. I will have a review of the movie coming soon, so make sure to stop back by to check it out, it will be linked down below. In the meantime, I wanted to share a list of some of the best quotes from the film. I love me a good line and this movie had some truly inspiring ones. Check out this list of 50+ best and most inspiring 12 Might Orphans movie quotes.

Hard to remember what came first, the dust bowl or the Great Depression.

Their finding a new place to live.

The orphanage was seen as an uncaring institution where children were seen to be pitied, if not feared.

I got another stray for your stock.

I’m more concerned about the fact that we just adopted 150 kids.

He knew that football would inevitably bring self respect to these boys.

Every horse wants to be ridden, some are just particular about when they want to ride.

These kids are my family now.

You’re better than most boys, you are unique and you’ve dealt with some hardship.

You don’t pass the test, you don’t play football.

Even if those boys don’t pass, you have a purpose here that is greater than football.

Very fitting for these trying times, I like it.

All I ask is you give these boys a chance, a chance to compete.

Bad news is, each one of you is gonna need to put on about 10 more pounds cause you are playing Class A football.

You have everything to gain and nothing to lose, so play that way.

My daddy says he’s the toughest son of a b*tch around.

I find this embarassing.

Stay down in the dirt where you belong.

I look at you boys and I can honestly say I’m proud to be an orphan.

There is nothing I admire more than a full service football team.

See you next season, coach. If you survive this one.

I’m not coaching, they are playing on their own for fun.

They are full of bull piss and vinegar.

Get the damn kid and lets go. Now.

He spread them out on the field and let them run. Totally innovative.

Hardy Brown did not invent the face mask, but he inspired a great need for it.

I’m tired but a good kind of tired.

Mr. Wind decided to teach this boy a lesson, he’s just d*mn lucky this boy is so tough.

Do you think it is fair that you fill these boys with hope of unrealistic dreams?

This is suppose to be a place to nuture.

When are you going to stand up for these children and do what is right?

You think all this is nothing? I think it is quite something.

You can’t give up, you gotta believe. Without hope, fear and anger, they will continue to dominate you through violence.

Don’t throw all that away because you are blinded by the past.

Don’t take away the hope of these boys here, it’s all they got. 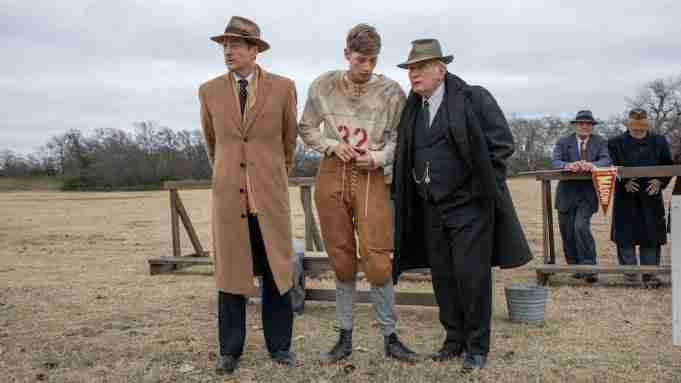 The Mights were a symbol of inspiration for everyone.

There is no dishonor in making sure these guys don’t hurt anymore.

I see fighters. I see guys that never give up.

A team that started with nothing, left with more than they could ever dream of.

What the Mights won couldn’t be printed in the papers. It was a belief in themselves that would go on to last their entire lives.

You didn’t come up short, son. You came further than I could ever dreamed. You did great.