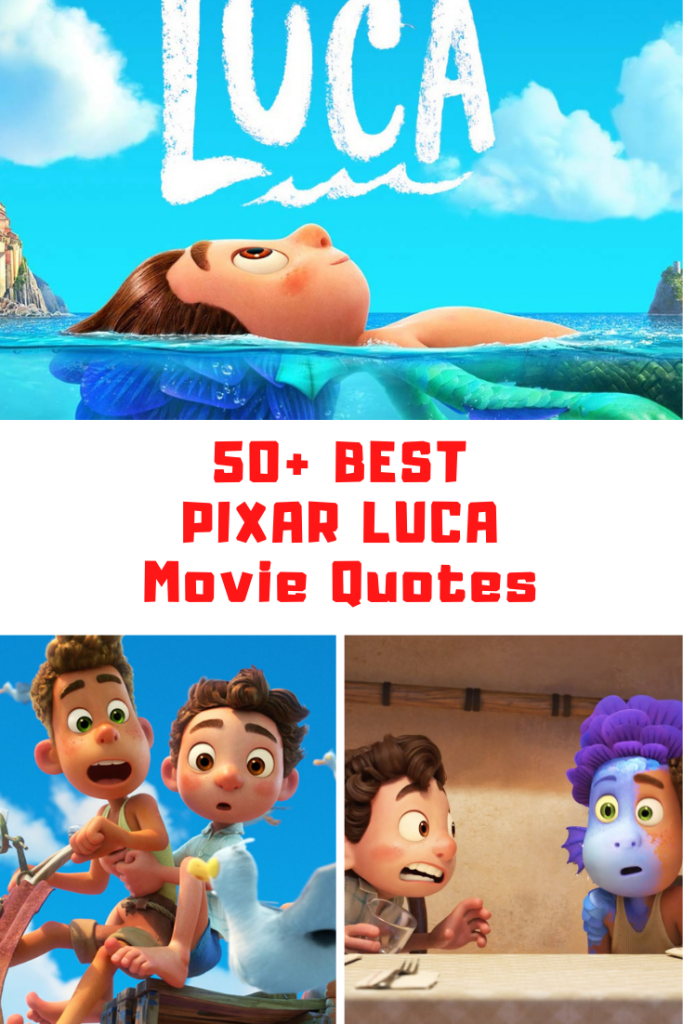 Disney Pixar LUCA is coming to the Disney Plus streaming service this Friday, June 18th! It is a sweet, adorable film of friendship which is sure to touch the heart. I will have a movie review coming soon, so make sure to stop back by to check it out, it will be linked down below. In the meantime, I wanted to share a list of some of the best quotes to come out of the film. I love me a good line and Luca definitely had some great ones. Check out this list of 50+ best and heartwarming Pixar Luca quotes.

What if the old stories are true?

Let’s go before it comes back for us.

He’s either dead or he’s out there somewhere doing stuff. But he’s probably dead.

There here to do murders.

We’re a little worried about him, right?

Everything good is above the surface.

It’s only the best thing that humans made, the Vespa.

It’s even better than the picture.

His life is maybe a little more important than your snacks.

Anchoves, they go there to sleep.

Your life is so much cooler than mine. I never go anywhere, I just dream about it.

Son, you’re in big trouble. You need to promise us you’ll never sneak off to the surface ever again.

The world is a fair dangerous place, Luca.

I know you and I know what’s best for you. 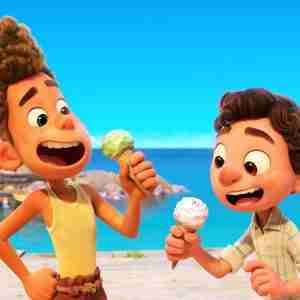 There sending me to the deep to stay with my weird see through Uncle.

You and me, we can do anything.

No one telling us what to do, just you and me out there. Free.

Someone got lucky today.

Hop on, I can use the extra weight.

We underdogs have to look out for eachother, right?

Every summer that jerk makes my life miserable, so no one is taking him down but me.

You gotta show it that you’re the boss.

We’re not telling you our secrets. We are runaways.

Where did you boys say you are from?

How big was that dad human?

We are incredible at that humaning stuff.

You scared the scales off of me.

This isn’t a joy ride, make yourselves useful.

Your friends do know fish. 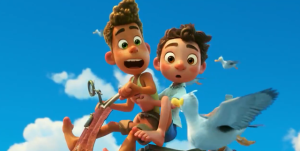 Rules are for rule people.

Don’t let him get in your head, you can do this.

I guess that’s how humans swim?

Sorry I’m not use to legs.

Nobody wants you here, keep running.

I’m his friend, I know what he needs.

I doubt your school would even accept sea monsters.

Do you think I want you to leave?

You were living here alone for that many days?

You’re the good kid and I’m just the kid that does everything wrong.

For the last time, you two don’t belong here, get out of my town.

They are Luca and Alberto and they are, the winners.

Some people, they’ll never accept him. But some will and he seems to find the good ones.

I can’t do it without you.

You got me off the island, Luca. I’m okay.

Some people think I’m mad to live in the deep.