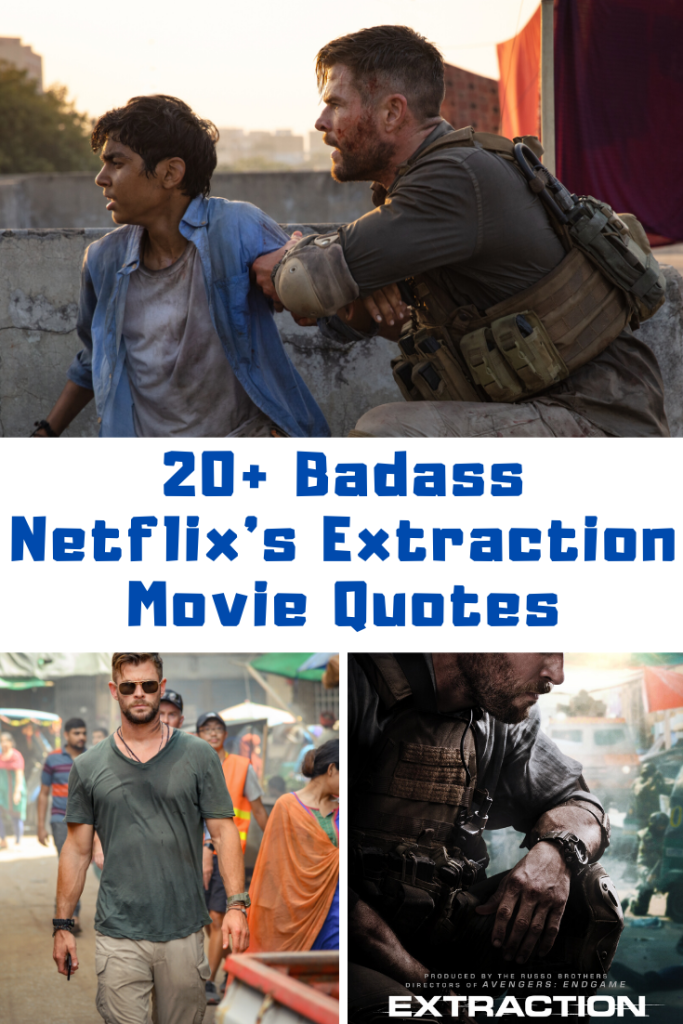 Netflix’s new film starring Chris Hemsworth, Extraction, mixes a little bit of Bollywood with a little bit of Hollywood!  Set in India, the film is full of action and the friendship that develops between a hostage and his rescuer.  I am a huge fan of Bollywood, so I was super excited to check this one out!!  My movie review is coming but in the meantime, enjoy these Badass Netflix’s Extraction movie quotes!

You boys are lucky, you have your whole lives ahead of you. –Police

This is not about ransom, it is about humilation. –Ovi Sr.

Pay attention and learn, that is how you survive. You need to be smart and clever. –Amir

If you want to survive you will do exactly as I say. –Tyler

There is someone else in those woods. –Nik 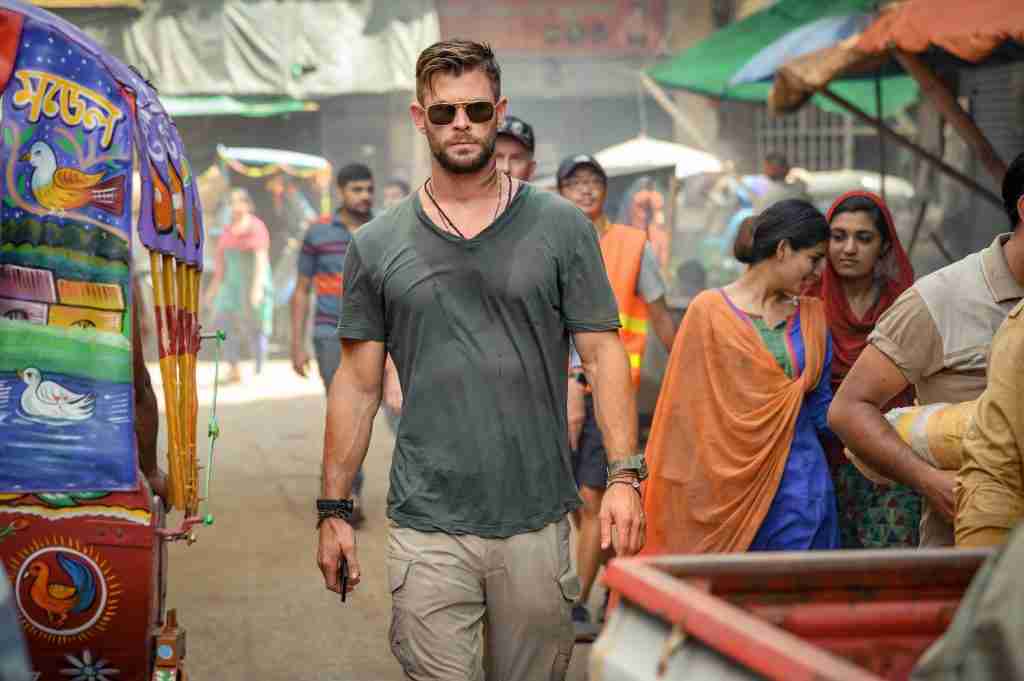 The whole team is dead. –Nik

You gotta leave the kid behind, Tyler. –Nik

That’s not the job. –Tyler

Are you going to leave me in the street? –Ovi

He thinks of me the same as you do. More like a thing than a person. –Ovi

I said get rid of the kid. –Nik

No matter how badass you think you are, there is always a badass bigger than you. –Amir

Were you always this way? You know, brave. –Ovi

My Father, he kills people too. –Ovi

I wasn’t even there when he died. –Tyler

You drown, not by falling into the river, but by staying submerged in it. –Ovi

That kid is a walking corpse. –Gaspar

The best thing you can do is go put a bullet in his brain, make it painless. Because the animals out there are not going to be as kind to him. –Gaspar

You saved my life once, now I’m going to save yours. Step aside. –Gaspar

He was going to kill my family if I didn’t get his son back. –Saju

I need you to run as fast as you can. –Tyler